Why Ariel Winter chose a dress that showed her breast reduction scars.

Ariel Winter had breast reduction surgery. And she's not ashamed of it. 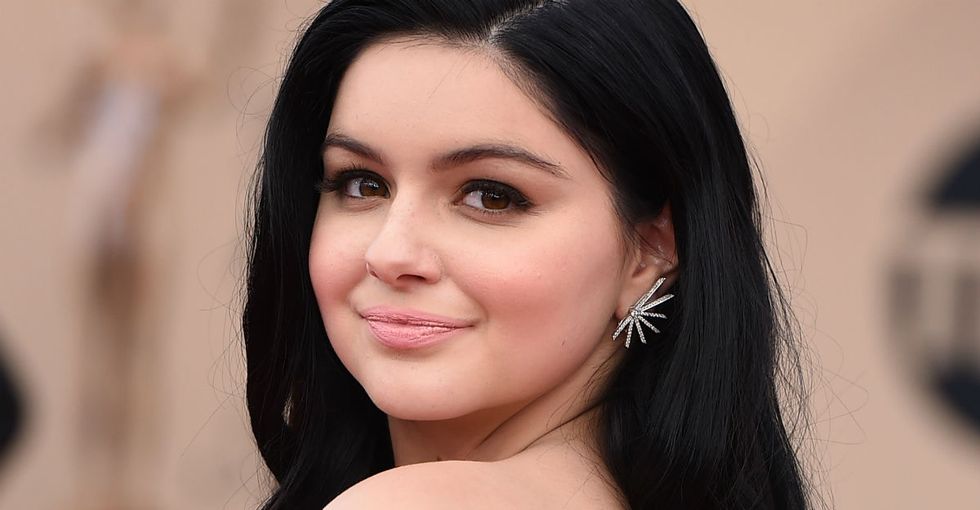 You might know her as studious middle child Alex Dunphy on the hit ABC series "Modern Family."

The 18-year-old had undergone breast reduction surgery in summer 2015 — a decision, she told People magazine, that she's "extremely happy with."

Not only had the size of her breasts been causing her pain, but she hated that her body had become more of a conversation topic than her acting chops.

"It made me feel really uncomfortable, because as women in the industry, we are totally over-sexualized and treated like objects," Winter told Glamour last August. "Every article that has to do with me on a red carpet had to do with 'Ariel Winter's crazy cleavage!' or 'Ariel Winter shows huge boobs at an event!' That's all people would recognize me by — not, 'Oh, she does great work on 'Modern Family.'"

As a human being with free will, Winter certainly shouldn't feel ashamed of her decision to do what's best for her and her health.

And on Sunday, as tweets began rolling in, she made that very clear.

Winter shared a message on Twitter clarifying her decision to strut the red carpet the way she did.

I mean, for real.

Let's just take a moment and let it out.

Why should Winter feel ashamed? Bodies come in all shapes, sizes, colors, and genders — and yes, plenty have scars, too. What's there to hide?

Beyond promoting major body positivity on Twitter (her tweet after the SAG Awards has been Liked more than 1,400 times, by the way), Winter made waves last month for slamming misogynistic homophobe Nash Grier, whose popular Vine account bolstered him to Internet stardom in recent years.

Upon getting backlash from Grier's fans for the tweet, Winter penned a poignant response explaining how he's used his platform to promote dangerous rhetoric for quite some time, harming women and the LGBT community along the way (that tweet got a cool 27,000 Likes, FYI).

She chatted with them at the SAG Awards about why she'd prefer to fast-forward to the future than meddle in the past:

It shouldn't be a big deal that Winter showed off her scars on the red carpet. But in today's world, it still is.

When so many of us might cover up our insecurities in order to be red-carpet-ready, it's nice to know at least one star is comfortable in her own skin — scars and all.