When it comes to discussing pelvic health with your daughter, the sooner the better. 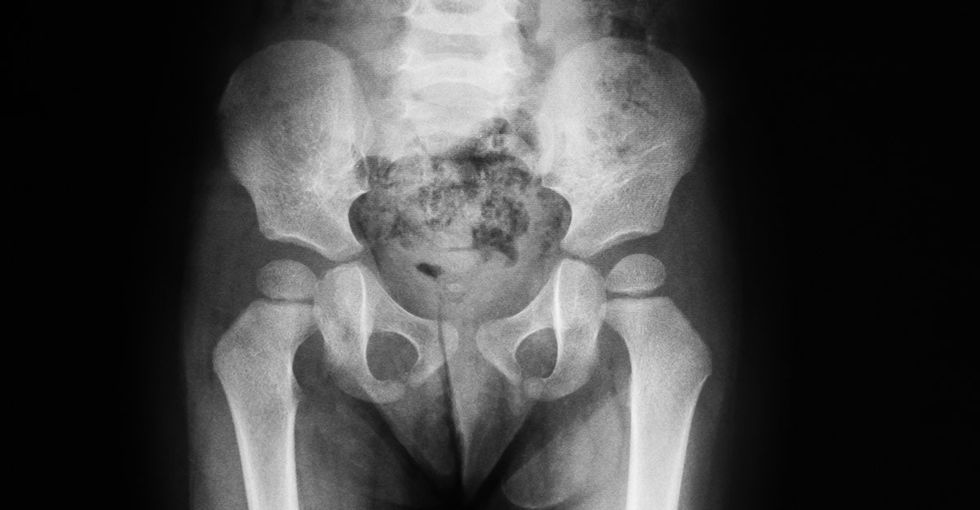 For young girls and teenagers, talking about periods, sex, and pelvic health can be ... awkward.

Unfortunately, as a society, we seem to ignore the pelvic region until puberty. According to Missy Lavender, founder of To Know Is to Know — a nonprofit that will educate girls and their grownups about all things pelvic — and author of the book "Below Your Belt," it's a scary trend.

"From a pretty young age, we were completely ignorant and passive-aggressive about our pelvises," Lavender says. "We kind of shove them aside to that icky place we only look at once a month."

But halting conversation about the pelvic region — the area of the body that houses reproductive organs and essential digestive organs — can cause serious health problems for young girls.

Our hush-hush culture around female pelvic health has created generations of girls and women with chronic pelvic disorders.

All images via iStock.

According to a number of studies, around one-third of U.S. women have a pelvic floor disorder, and research from Lavender's foundation shows that at a young age, many girls are already symptomatic with preventable issues that can follow them into adulthood if not addressed.

The lack of knowledge also leaves women ill-prepared for common life events related to the pelvis, such as the start of menstruation, sexual activity and sexually transmitted infections, pregnancy, and childbirth, according to a study published in the Journal of Pediatric and Adolescent Gynecology.

To prevent these problems, Dr. Deepa Camenga, assistant professor and pediatrician at the Yale School of Medicine, says we need to talk openly about the pelvic region with our daughters at an early age.

"When we drop our kids off for camp, we remind them of healthy habits like 'Be sure to put on sunscreen before and after the pool' and 'Wash your hands,' but we rarely remind our kids to go to the bathroom," Camenga says. "Holding it" for too long, she says, may increase the chance of developing pelvic muscle disorders, incontinence/bladder leaking, and urinary tract infections in the future.

This advice might sound silly or obvious to an adult ear, but the truth is pelvic and toilet health is learned.

It's up to parents and educators to teach girls what's going on with their bodies. It's a matter of their health.

Here are a few do's and don'ts on talking pelvic health with your daughter:

Even if it feels awkward, an open dialogue with your daughter about her pelvis is essential to her health.

Teaching good habits and building a foundation of openness at a young age will help your daughter stay healthy and keep lines of communication open through the thorniness of puberty.

So talk it out. It could make for more happy, healthy young women in the world.