What This Girl Did To Her Sister, Father, And Stepmom She Regrets. And Now She Knows.

Brianna Wolfson from Medium gave us her blessing to republish this beautifully written reflection on a childhood lived. Trigger warning: descriptions of addiction and abuse. 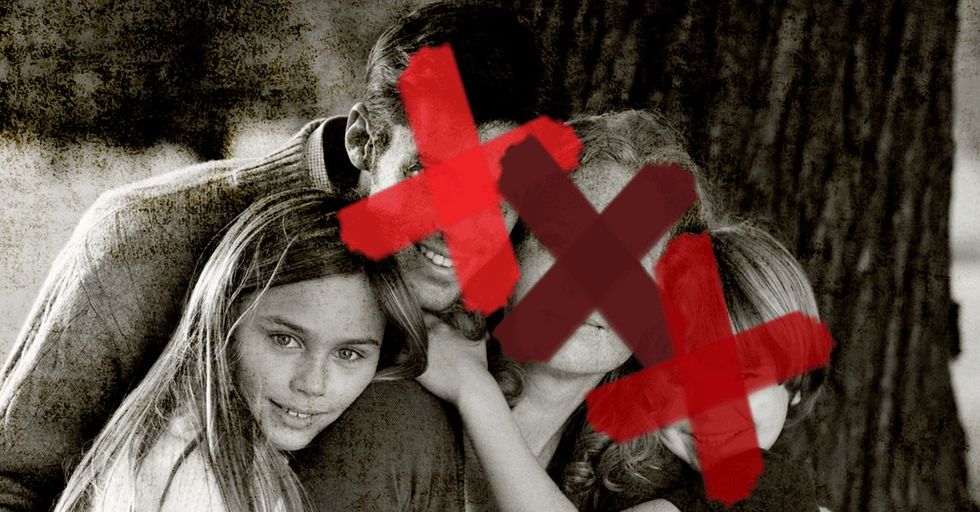 If I could do it over, I would love Dad as much as I love Mom. I wouldn’t decide Mom is the better parent because she lets us eat Pixie Sticks for breakfast while Dad yells when I leave my toys in the living room. I would know there is more to love than skipping school and sneaking candy.

I would tell the social worker the truth, even if it meant Mom might not get custody. I wouldn’t lie and say I’m scared Dad might hit me.

I would tell Dad about everything happening at Mom’s. I wouldn’t feel betrayed when I found out he’d been listening in on Mom’s phone calls, searching for clues. I would know Dad could help Mom if I just told him she passed out behind the wheel again.

I would hug my soon-to-be stepmother instead of hiding her shoes. I wouldn’t tape a long list of ways to get rid of her to the wall of my tree house. I would appreciate that Marla would cook dinner for me when Mom was in rehab and Dad didn’t know how.

I would tell my mother it isn’t fair for her to demand that I never call Marla “Mom.” I wouldn’t hide my cheek with a pillow when Marla tries to kiss me goodnight. I would know Marla would be the only one listening to me when Mom and Dad were too distracted to parent.

If I could do it over, I would sit with my soon-to-be stepsister on the bus when she is nervous for her first day of second grade at a new school. I wouldn’t force Lana to sleep on the floor when we begin to share my room, even though I have a king-sized bed. I would know Lana would be the one to tickle my back in the middle of the night when I missed Mom so much that everything hurts.

I would recognize what a gift it is to have Dad wash the sand off my toes during getaways at the beach. I wouldn’t be so angry with him for taking us away from Mom. I would know Mom is too stoned to parent.

I would call Dad when I find mom passed out in her closet next to a bottle of spilled pills. I wouldn’t clean them up or place that blanket over her without telling anyone. I would know that everybody needs help.

I wouldn’t wish that Dad, not Mom, was the one to crash the car into a telephone pole.

I wouldn’t think the wrong parent died when they pulled the plug on Mom’s life support.

I would tell Dad I’m confused when my brother tells me he woke up to the sound of Mom’s boyfriend slamming her head into a dresser the night she died. I wouldn’t go mute for six months because I don’t know how to ask Dad, or anyone, about it. I would know there is more to the story of how Mom died.

I would say, “I love you, too” every time Marla says it first. I wouldn’t avert my eyes and run down the driveway when she sends me to the bus stop with a brown-bag lunch and an I Love You. I would know that, starting when I turn twelve, I will write Marla’s wisdoms down in a tiny yellow notebook and store it in my sock drawer.

I would circle ‘yes’ on the ‘will you go out with me?’ note Greg Warren passes to Lana in Mrs. Iraggi’s fifth class. I wouldn’t start the rumor that Lana smells bad when I hear Greg likes her. I would know that when I have my first break-up at sixteen, Lana will build a roaring fire in our backyard for me to burn all of Marc Flynn’s pictures in.

I would listen to Marla when she tells me gently how to be a better daughter to her and a better sister to Lana. I wouldn’t tell her you’re not my mother or I don’t care about you or your kids. I would know how lucky I am to have her.

I would let Dad console me when he tells me Mom’s drug addiction is what really killed her. I wouldn’t lock myself in my room and cry alone. I would know how good a hug from him would feel.

I would kiss Marla’s convex belly when Dad says they are having a baby. I wouldn’t keep so quiet as my eyes fill up with tears and my heart fills up with love. I would know my love for Kate will be so full and abundant that it will spill over onto Dad and Marla and Lana, too.

I would tell Dad, and Marla, and Lana that I love them the second I am ready. I wouldn’t let my pride deprive them of that. I would know that they are the ones lifting me up all this time.

Even though I don’t deserve it.

If I could do it over, I would apologize for not saying it sooner when I finally muster an, “I love you, too.” I wouldn’t be so cavalier about doing it while signing off a family Skype conversation from my college dorm room. I would know that today, eight years later, Marla, Lana, and my father are still the most important people in my life.

At least now they know I know it.