Turns out, there's a method to the madness of crosswalk lights. Here it is. 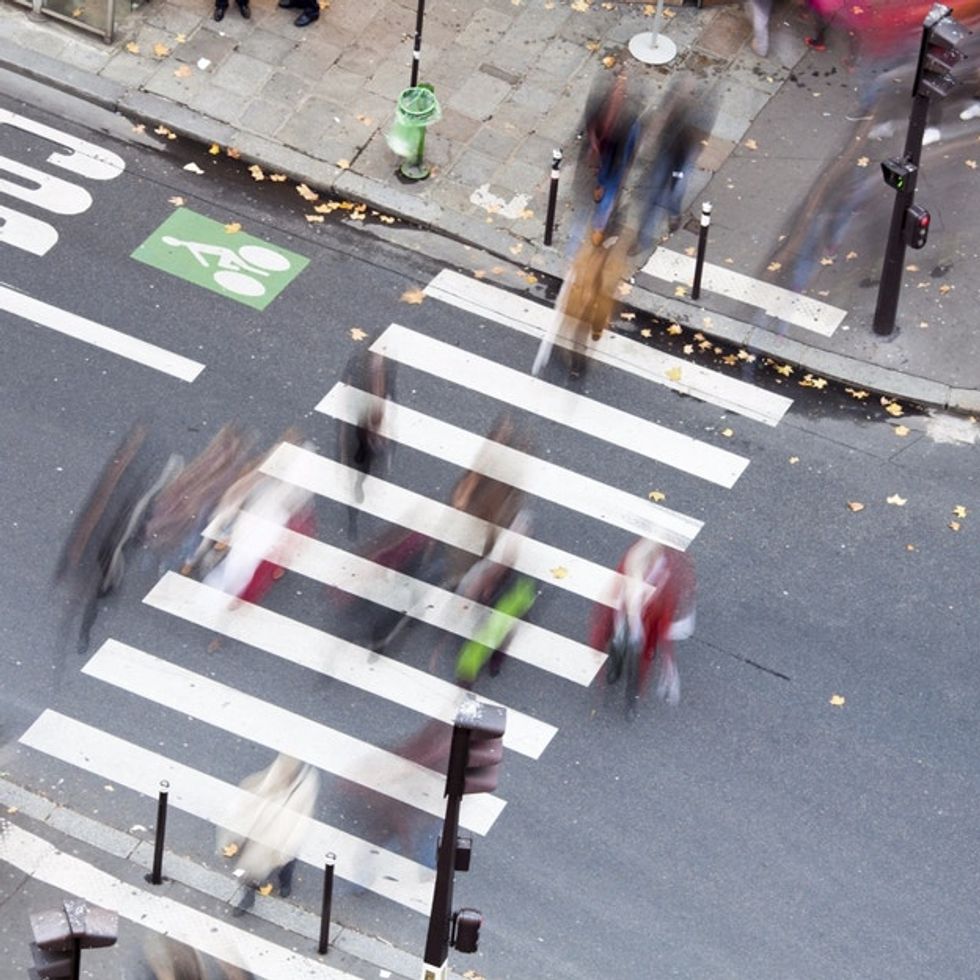 Gone were many of the simple “WALK" or “DON'T WALK" signals (or corresponding hand or figure illustrations) like this one:

They were replaced by ones with countdown clocks, telling pedestrians how much time they had before they could no longer safely cross the street. The video here is an example, or here's an image:

These new crosswalk signals had a pretty clear goal: keep pedestrians safer by giving them advance warning as to when the traffic lights would change.

And guess what? According to a study published in 2014 written by a pair of economists (PDF available here), the crosswalks worked.

The two researchers, Sacha Kapoor and Arvind Magesan, studied the change in accident rates at nearly 2,000 intersections in Toronto and concluded the pedestrians stopped when the timer ticked too low and rushed to safety at other times — and as a result, dangerous intersections became less dangerous.

The planned outcome of the new crosswalk signals worked.

Unfortunately, the researchers discovered that pedestrians weren't the only ones making use of the countdown.

Drivers were noticing them too, and that unintended use had an unintended — and hardly positive — outcome. Toronto was left with a bunch more car accidents.

Over time, the rate of accidents at these intersections increased.

The largest increase is in rear-end accidents and we think it's because two cars approaching a light, who both see the countdown, the guy behind, he sees the two or three seconds and thinks, oh, the guy in front of me is going to floor it too, I'll floor it and we'll both get through the intersection. Whereas the guy in front thinks, OK, I only have two or three seconds left, I'm going to slowdown. And this is exactly the type of accident that would happen in that case.

To make matters worse, the researchers (per NPR) discovered that “the biggest increases in crashes come at intersections that were previously safe intersections."

Further, as drivers got used to the timers, they began to realize that even having one second left on the clock is enough time to get through the intersection if they're willing to gun the engine, even if recklessly. So, over time, the rate of accidents at these intersections increased.

Unfortunately, Toronto's city government, upon hearing of the research, objected to the results and showed little interest in making any changes, at least initially.

If Toronto or any other city wishes to fix the problem, though, the solutions put forth by Kapoor and Magesan are pretty simple: either find a way to shield the countdown information from drivers or, if that proves difficult, put the old-style crosswalk signals in generally safe intersections.

That second idea wouldn't be out of the ordinary — it is exactly the strategy New York City employs.