This Nazi propaganda film never succeeded because black excellence shut it down. 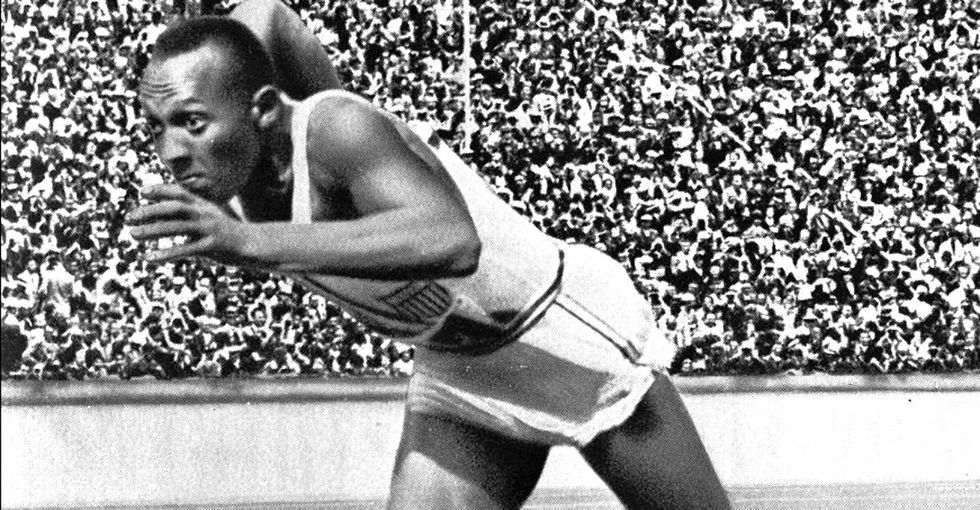 In a time when racism was infecting Germany and segregation was commonplace in the U.S., one man shattered world records, bridging differences with speed and grace.

That man was Jesse Owens, a black track and field star from Cleveland, Ohio, who had been breaking records since his high school days. On Aug. 4, 1936, at the Olympic Games in Berlin, he not only shattered a record, he foiled some of Hitler's propaganda plans.

Berlin had already won the bid to host the 1936 Olympics, a few years after the Nazi Party rose to power. It was a gesture of inclusion on behalf of the Olympic committee after Germany was devastated by World War I, but fascism was gaining ground in Germany as the Olympics approached.

In response to reports of Jewish athletes being banned from competing on the German Olympic teams, the U.S. and other countries threatened to boycott the 1936 Games.

Many Americans even began calling the 1936 event "The Nazi Games."

Jesse Owens in the long jump competition at the 1936 Olympics. Photo via German Federal Archives/Wikimedia Commons.

Between the filming and the "Olympia" release, any interest Hollywood previously had in Riefenstahl’s film was disrupted. Eventually, the film was recut into instructional videos for British military recruits. The Nazi material was removed.

Sports have a way of bridging gaps and bringing people of all different backgrounds together, from the athletes, to the cheap seats. Whether it’s athletes from countries across the world competing in the Olympic Games or parents cheering for their child’s baseball game, both spectators and players come together as a team to perform or to cheer.

Though the U.S. still had huge strides to make, and the atrocities of Nazi Germany had yet to be revealed, Owens for a brief moment triumphed over the racism of the 1930s. Breaking records and defying expectations, he became an American hero and a legend shared over the decades.

His historic win carries a message we should take into the present day. Racism has no place in society. It leads to the darkest of places. But discrimination and intolerance is outshined by truth even in the most unexpected times.

This story was produced as part of a campaign called "17 Days" with DICK'S Sporting Goods. These stories aim to shine a light on real occurrences of sports bringing people together.