This bird mimicked some sounds people were making. It's both amazing and disturbing. 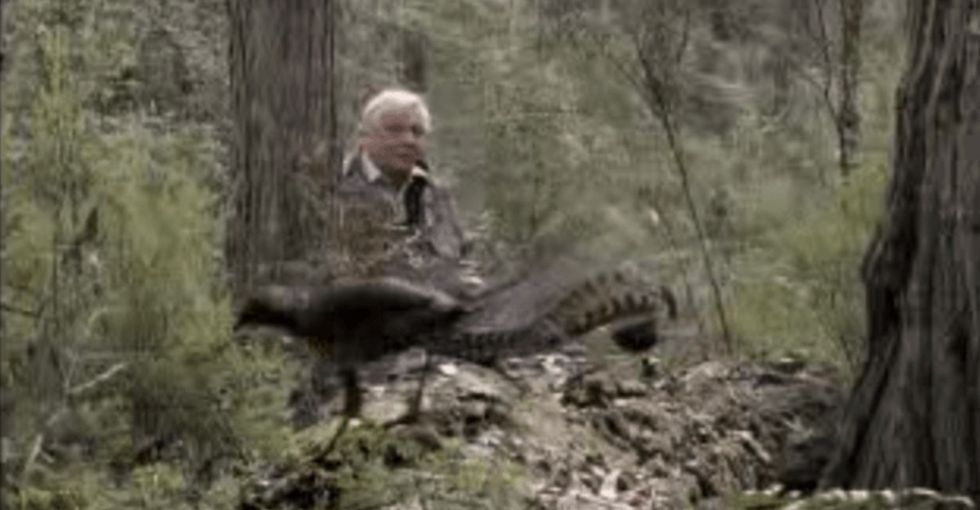 We've always known that some birds can do pretty spectacular things when it comes to mimicking what they hear. But this one is really telling.

On a spring morning, you might hear the melodies of songbirds looking for a mate. Most songbirds listen to their parents and mimic them — pretty much the same way humans do. However, some types of birds learn other noises and repeat them — even human noises.

That's exactly what the lyrebird does. It copies what it hears.

Not only was this male lyrebird born with a beautiful voice, but he uses those killer pipes (and funky feathers) to attract a mate by copying what he hears. He's so darn good at singing the songs of other birds that he tricks females from different species into coming to check him out. Rawr!

But the lyrebird is getting kicked out of its home.

Not to be Debbie Downer, but Australia has lost 40% of its forests since colonization, and that's where the lyrebird lives.

How do we know?

There was a time in the not-so-distant past when the lyrebird probably had never seen a human. But now, humans are part of the bird's daily life. In fact, the lyrebird is learning to mimic us!

You see, when the bird wants to show off to a potential mate, he incorporates other sounds he hears in the forest. For example, at 1:52 in this video from BBC Worldwide, he mimics a camera shutter. (Cute, right?) At 2:12, he steps up his badass mating game and adds a camera with a motor drive. A car alarm comes in at 2:20.

But the biggest shocker of all comes at 2:30.

He mimics the sounds of chainsaws cutting down his home.

That shows just how real the deforestation is. And it's happening fast.

Forests make up 31% of our Earth, and up to 58,000 square miles are lost down every year. That's 36 football pitches (aka soccer fields) every minute! To put that into perspective, if it took you about four minutes to read this (and watch the video), we lost about 140 soccer fields of oxygen-producing forest in that time. Yikes.

Deforestation is about wonderful species like the lyrebird losing their homes. Finding a solution isn't easy, but we need to protect the future of our natural world. Share if you agree.