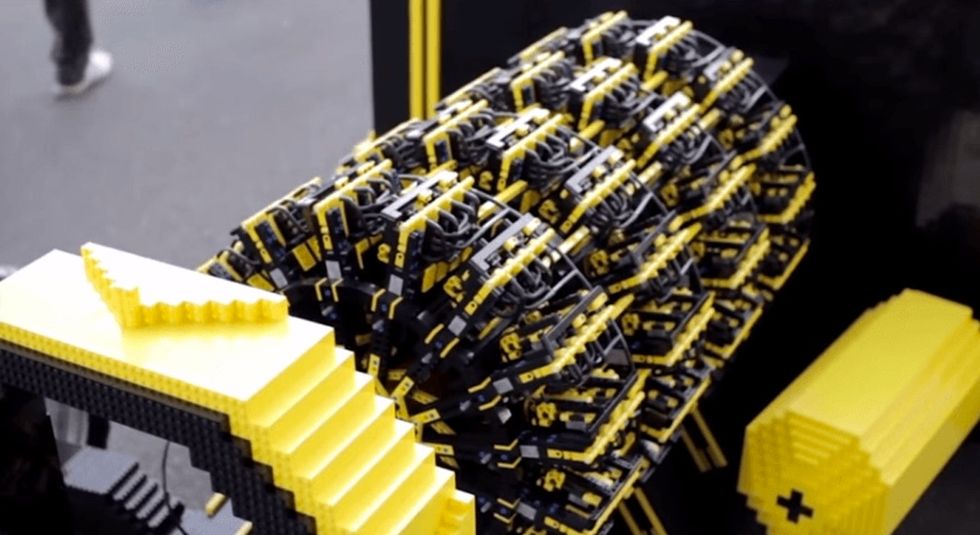 Inventor Raul Oaida wanted to build something that would capture people's imaginations.

Ultimately, he decided to build a car. You might be thinking, What's so imaginative about a car? For starters, Oaida's car is made out of half a million Legos.

Now, the fact that it's a Lego car is pretty awesome, but that's not even the best thing about it.

It's that it actually drives — and it's emission-free.

Oaida was able to achieve it using a technology that not too many folks know about: compressed-air engines.

"We wanted to bring attention to air-powered cars because most people have no idea that this stuff is actually out there."
— Raul Oaida

He pointed to a model by Peugeot that already uses compressed-air technology.

Peugeot's hybrid air vehicles are set to hit the market in 2016.

Compressed-air vehicles could dramatically reduce city drivers' need for gasoline and, in turn, the greenhouse gases they release into the atmosphere.

Air-powered cars have a ways to go before they replace our gas guzzlers, but it's worth a shot.

According to automotive writer Christopher DeMorro, "The search for an alternative fuel source other than oil should leave no idea untested."

And what better way to test air-powered cars than to get more people driving them?

The video above closes with the interviewer asking Oaida why he builds this stuff. I really like his answer, because it can go for anything we believe is worth doing, including breaking our reliance on fossil fuels:

"It's about the willingness to do it."
— Raul Oaida

Wanna see the Oaida's Lego car in action? Check out his interview with The Adaptors.