The 'Fifty Shades of Grey' author had a Twitter chat. It went off the rails BIG TIME.

#AskELJames is the hashtag. They might have seen this coming. 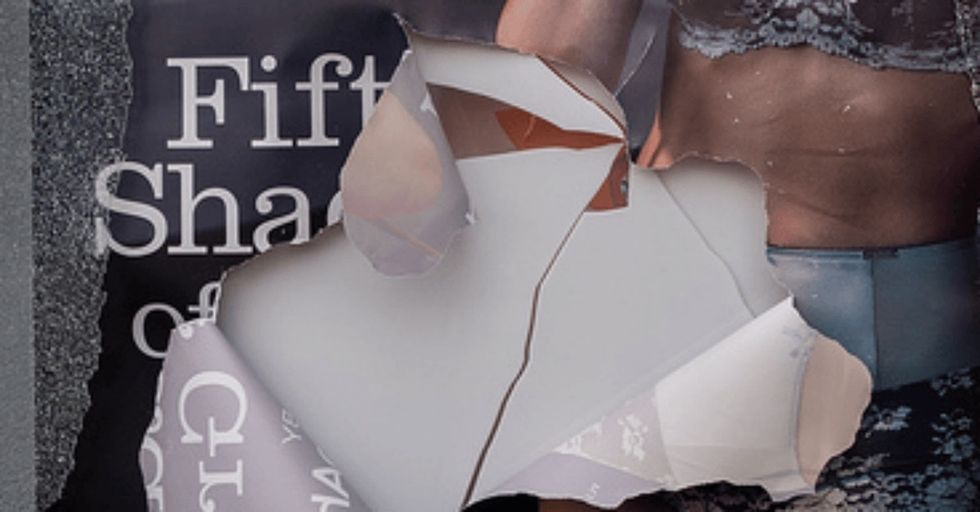 Here's how people made that point using today's prime Twitter-tunity.

There were concerned friends asking for other friends:

#AskELJames what's it like telling millions of women it's okay to be in an abusive relationship as long as he's rich.Asking for a friend.
— birthday boy matt (@reginaIdkray) June 29, 2015

There were people who took their time to craft just the right thing:

In honour of this monumentous occasion I'd like to share with you the #AskELJames tweets that didn't make the cut pic.twitter.com/AHxtRUHNLT
— Liam Dryden (@LiamDrydenEtc) June 29, 2015

There were people seeking guidance after her "model" didn't work so well for them:

My boss said no when I asked if I could kiss him and then I did anyway because no means yes right? Things at work are awkward. #AskELJames
— Anna (@thatswedishgirl) June 29, 2015

There were people searching for a sign of deeper meaning:

Was the violence you visited upon the English tongue a metaphor for S&M? If so, please share the safe word. #AskELJames
— Bumptious Ms. B (@angelinaburnett) June 29, 2015

There were earnest, straightforward types with damn good questions:

#AskELJames why did you think it was okay to teach young girls that a possessive partner who refuses to hear no was romantic?
— jess (mr. 305) (@woIfgangbogdano) June 29, 2015

There was pop culture cross-pollination:

#AskELJames Please write an account of how Sansa is now in love with Ramsay and just escapes Winterfell because of her overwhelming feelings
— Cersei the Fair (@NiceQueenCersei) June 29, 2015

There were call-outs about the times fiction turned into horrific reality:

There were the folks feeling empathy for E.L. James' PR people:

Finally, there was the question that drove home the point of the backlash and the brilliant irony of it all:

#AskELJames How does it feel to have something you agreed to do get alarmingly out of control?
— Gwen C. Katz (@gwenckatz) June 29, 2015

All of this points to readers who, like Christian Grey, have very singular tastes — you know, for responsible literature that doesn't romanticize abuse when it gets kinky. Let's hope the publishers and authors are listening.