The Consumer Electronics Show just banned a sex toy invented by and for women but awarded one made for men. 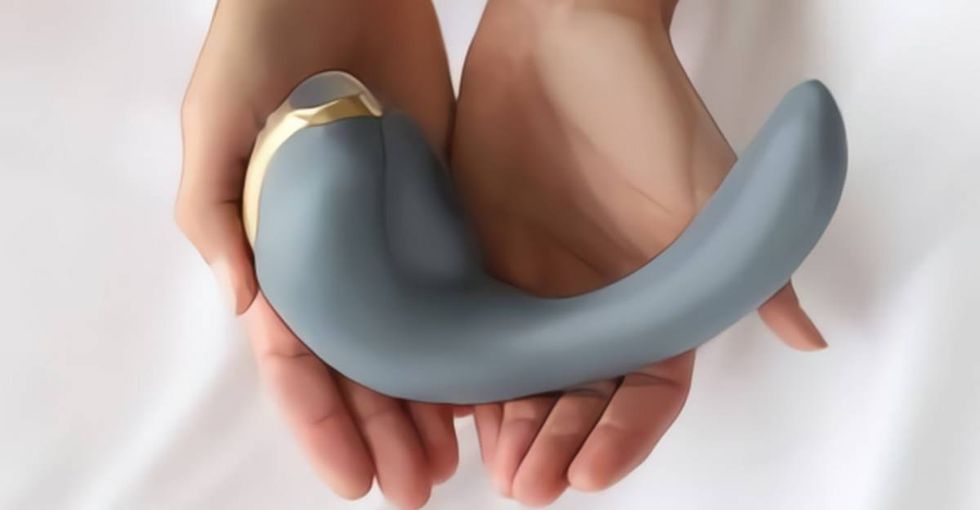 One would think that the forward-thinking minds behind the International Consumer Electronics Show (CES) in Las Vegas would be well beyond cowing to outdated double standards when it comes to sex. But, unfortunately, they’re not.

Lora DiCarlo, a woman-run start-up “determined to change the face of pleasure products" was selected as a CES 2019 Innovation Awards Honoree in the Robotics and Drone product category for the Osé personal massager.

According to Lora DiCarlo, CEO and founder Lora Haddock, this revolutionary hands-free sex toy for females uses “new micro-robotic technology that mimics all of the sensations of a human mouth, tongue, and fingers, for an experience that feels just like a real partner.”

The product also promises to help women achieve a blended orgasm which happens when clitoral and vaginal orgasms occur simultaneously.

The Osé personal massager was developed almost entirely by a female team of engineers.

After receiving the honor “My team rejoiced and celebrated,” Haddock wrote in an open letter. “A month later our excitement and preparations were cut short.”

Administrators with the Consumer Technology Association revoked the award, stating:

Entries deemed by CTA in their sole discretion to be immoral, obscene, indecent, profane or not in keeping with CTA's image will be disqualified. CTA reserves the right in its sole discretion to disqualify any entry at any time which, in CTA's opinion, endangers the safety or well being of any person, or fails to comply with these Official Rules.

So this is ok? But a Osé personal massager for women is “ immoral, obscene, indecent, profane or not in keeping with CTA’s image"?

Lora DiCarlo has asked people to respond to the controversy by sharing their thoughts on twitter at #CESGenderBias.