The classic image of a farmer is a man. These stunning pics prove that wrong.

Our image of agriculture is in need of an update. 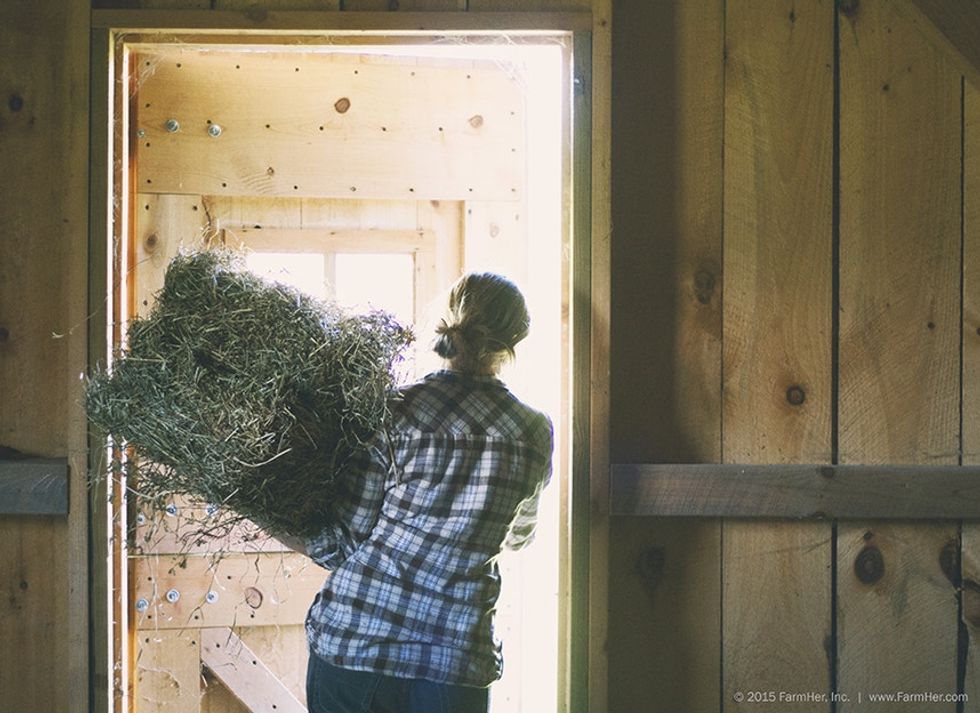 Picture a farmer. What comes to mind?

There's nothing wrong with men being farmers. Of course not! But what if...

What if we changed that image of a farmer and instead thought of something like this:

In 2012, there were nearly 970,000 female farm operators in the U.S. — 30% of the total number. And anyone who's ever worked in agriculture could tell you that's nothing new. Women have played a huge role in farm life since ... well, forever.

And yet, the primary image we see of farmers remains rather, well, dudely.

Nothing made this disconnect more clear for Marji Guyler-Alaniz than a Super Bowl commercial she saw in 2013 praising farmers for all the work they do (it was, predictably, a truck commercial). The entire two-minute commercial showed fewer than five women farmers.

So Marji decided to do something about it. She started FarmHer.

"I started FarmHer to update the image of agriculture to include women."

FarmHer began as a photography project to document the role that women play in agriculture — because their role is (and always has been) a big one.

Female farmers face many obstacles in the agriculture community. They're often not given adequate resources, and they're certainly not taken seriously (have you ever tried to buy a tractor as a woman?).

"In the long term, people [need to] recognize women as an important part in agriculture," says Marji. Only then will we begin to remove some of the obstacles women face in this field.

The project isn't just about problems now — it's also about the future.

The average age of farmers in the U.S. has been steadily increasing for years. It's so important now, perhaps more than ever before, to nurture and support young farmers. But for many young women, the path to the male-dominated world of agriculture may seem all but impossible.

"Seeing is believing," explains Marji. "If [young women] see that there are women out there doing this successfully now, then my hope is that that leads them to take that path in the future."

And FarmHer's not stopping at photographs. In fall 2015, keep your eyes open for the first ever FarmHer event that's just for young women interested in agriculture. Needless to say, it's going to be amazing.