The 'Abolish ICE' movement is growing quickly. Here's why. 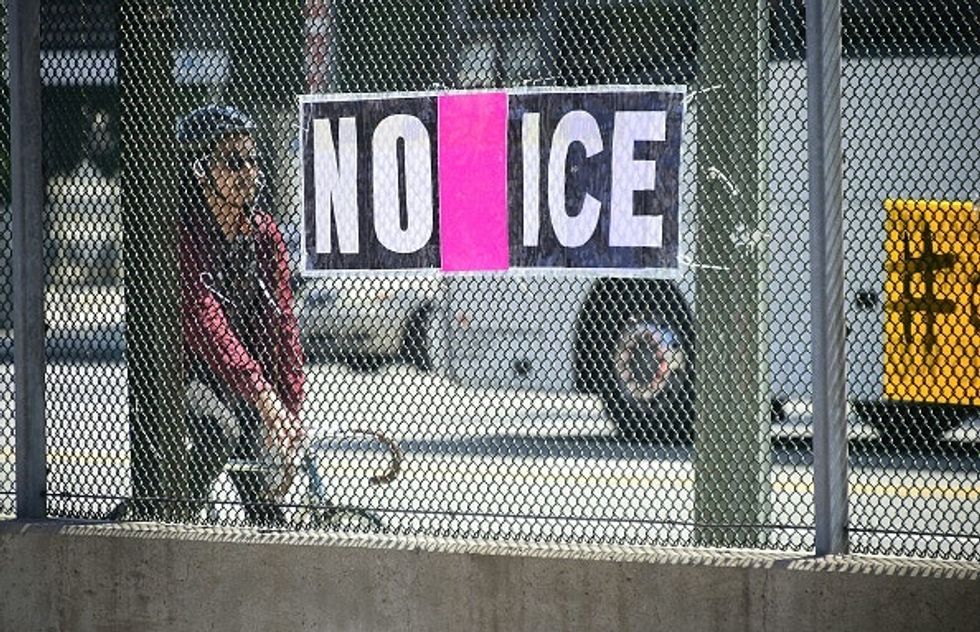 In recent weeks, calls for U.S. Immigration and Customs Enforcement (ICE) to be abolished have grown increasingly stronger.

The agency has received backlash after reports revealed numerous incidents where ICE agents abused their power: Agents conducting raids at the homes of non-criminal immigrants, separating children from their parents at the border, subjecting children and adult undocumented immigrants to verbal threats and physical abuse, refusing medical care to those in need, and destroying records of immigrant abuse, including sexual assault and death.

The calls to abolish ICE have risen as a response to the Trump administration's chaotic border immigration strategy and the means by which ICE was enforcing these policies — the most infamous has been the "zero-tolerance" policy that led to the separation of thousands of children from their parents at the border.

630 women in foil blankets are being arrested in Hart Office building now as they chant “Abolish ICE” and demand an… https://t.co/uEyVtDNciT
— Women's March (@Women's March)1530212953.0

The movement to abolish ICE is building political momentum.

Alexandria Ocasio-Cortez won her New York Democratic primary against incumbent Rep. Joe Crowley with a campaign centered on abolishing ICE. Cynthia Nixon, who is running for New York governor against incumbent Andrew Cuomo, took a more bold stance when she referred to ICE as a "terrorist organization," calling for its removal.

New York City Mayor Bill De Blasio has also called for eliminating the agency. Even Kirsten Gillibrand, who is often noted as a "conservative Democrat," has called for the agency to be either eliminated or "reimagined." She's the first sitting senator to do so.

Most recently, several ICE agents have weighed in, penning a letter that calls to dissolve the agency.

In the letter, addressed to Department of Homeland Security (DHS) Secretary Kirstjen Nielsen, 19 ICE investigators supported the elimination of their agency.

But there's a catch. The investigators don't necessarily want to abolish ICE. Rather, they propose the DHS create two bureaus: one specifically for criminal investigations and another for immigration enforcement and deportations.

The investigators' main concern was that the Trump administration's clampdown on immigration and its aggressive deportation of undocumented people were hindering the agency's other responsibilities. As The New York Times identified, these investigators often work in departments dedicated to investigating major criminal offenses ranging from cyber-crimes, drug smuggling, and human trafficking.

But more importantly, we hope that more ICE agents take a stand against inhumane and discriminatory practices within the Trump administration and agency.

Despite the Trump administration's claims to protect national security and fight against drugs and crime, Rep. Mark Pocan (D-Wisconsin), who recently introduced legislation to abolish ICE, believes that the policies manifested by Trump and enforced by ICE are not done in the best interest of the American people. As Pocan said to Rolling Stone:

"The whole idea of a wall wasn't brought up because we need one, or because we have a problem with people coming into the country in mass amounts. This has been declining in the past 10 years."

Pocan went on to argue that these policies enacted by Donald Trump and enforced by ICE are meant to appease a certain voter base that espouse white supremacist views.

But it looks as though attitudes toward ICE are changing. Let’s just hope more agents within ICE come forward in standing against the agency's abuse of power.