She spent her life lying about who she was. Her daughter found out. It changed everything. 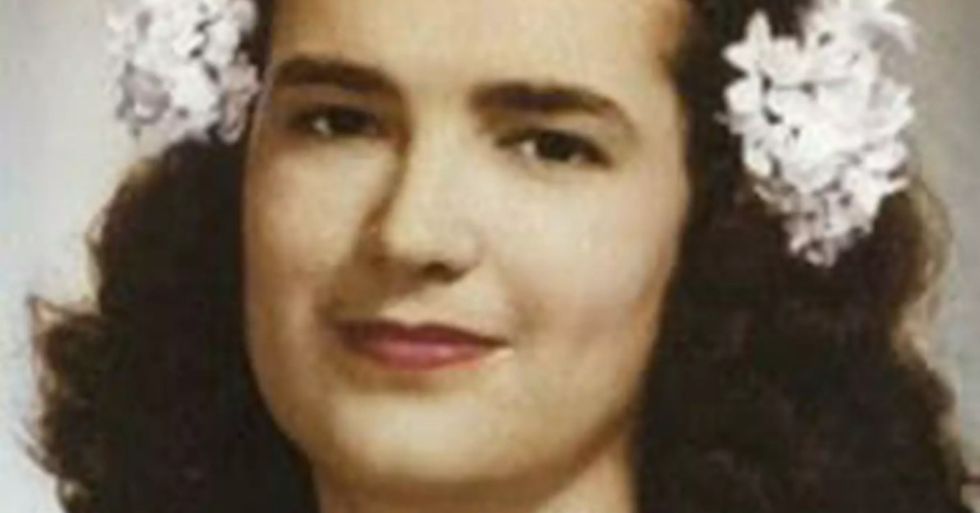 “Promise me,” she pleaded, “you won’t tell anyone until after I die. How will I hold my head up with my friends?”

For two years, I’d waited for the right moment to confront my mother with the shocking discovery I made in 1995, while I was scrolling through the 1900 Louisiana census records.

In the records, my mother’s father and his entire family were designated black. With her pale olive skin and European features, my mother had kept her ethnicity concealed for nearly a lifetime.

The discovery had left me reeling, confused, and in need of answers. My sense of white identity had been shattered. My mother’s visit to my home in Illinois seemed like the right moment to bring it up. This was not a conversation I wanted to have on the phone.

But my mother’s fearful plea for secrecy only added to my confusion about my racial identity.

Reluctantly, I agreed to keep my mother’s secret. For 17 years, I told no one except my husband, my two children, and two close friends that my mother was passing as white. It was the longest and most difficult secret I’d ever held.

Over the course of those 17 years, I tried unsuccessfully to break through my mother’s wall of silence. Her refusal to talk about her mixed race only fueled my curiosity. How had she deceived my racist, white father? Why was she so fearful and ashamed of her black heritage?

Using my skills as a mystery author, I started sifting through the details of her life, looking for clues that would help me understand her. But this real-life mystery only intensified as I tried to sort truth from fiction.

My mother had always told me that she didn't visit her family in New Orleans because there were just too many sad memories — now I wondered if she was really just afraid that if we visited we’d meet family members who were not passably white. On several occasions, her mother and her sister visited us in Ohio, but they appeared white and no one hinted otherwise. But my uncle never visited — was it because he was darker than the rest? Was the reason my mother had never shown me photographs of my grandfather growing up because he was visibly black?

Piecing my mother's life together, I marveled at how she endured living in a predominantly white suburb with a racist husband.

My father’s racism was a reflection of his upbringing in a close-knit Cleveland ethnic neighborhood. Though he never used the n-word, he was still vocal about his bigotry, referring to African-Americans using other racial slurs, deriding black people for what he perceived as their lack of ambition and their criminality. He had no idea that he was in fact deriding his wife, my mother.

My mother reprimanded him with little vigor. Was she afraid of bringing too much attention to the race issue? Or had she convinced herself that she deserved it for the lie that sat at the heart of their marriage? In escaping the Jim Crow South, coming North and marrying my father, she must have thought gaining white privilege was worth the price of losing family ties and her authentic self.

The irony was that in gaining white privilege, the onslaught of racism was splayed open to her.

Its ugly face could now be shared with her, a “white” woman. Every day she had to live with the paradox of what W.E.B. Du Bois called “two-ness,” the ambivalence of people of mixed European and African ancestry. If a mixed-race person is white enough to pass, how do they deal with the trappings of a racist culture where you’re forced to choose a side?

As if in self-defense, or maybe retaliation, for my father’s racism, she imbued me with a moral imperative to respect all people regardless of their color. As a child, I listened with rapt attention to the story of the old black woman on Canal Street burdened with packages who didn’t move off the sidewalk for a white man. He shoved her aside like so much trash and called her the n-word. “That wasn’t right,” my mother told me. “But that’s how it was in New Orleans back then.”

Now I understood the clues concealed in that story, that she was hinting at her hidden self or maybe preparing me to accept the part of her she’d left behind in New Orleans.

In what can only be called serendipity, I was presented with an opportunity to solve the uncertainly of my racial heritage on PBS’s “Genealogy Roadshow.” I traced the Frederic family back to 18th-century Louisiana. I discovered slave-owners, enslaved women, and free people of color. Through the centuries, I saw how shifting racial laws had affected my family, boxing them into racial categories that hindered them.

Three days after my appearance on the show, my mother’s family found me. My “new” family welcomed me with generosity and love, neither judging my mother nor rejecting me. At a welcome home party in New Orleans, I met my new uncle, two aunts, and slews of cousins. We were every shade of skin from darkest ebony to whitest white and all the shades in between. Suddenly, I was part of a multiracial family.

Although I could check “other” or “multiracial” when asked my race on a form, I still identify as a white woman.

At this late point, it would be disingenuous of me to claim any other identity. I’ve enjoyed white privilege my entire life. I will never forget my mother’s haunted look as she said, “How will I hold my head up with my friends?” I bear no rancor toward her for not telling me of her mixed-race heritage. I feel only sorrow that, even after I knew, she was unable to share with me her feelings about who she really was and the life she had lived.

Even so, I find solace and pride in finally knowing the truth of my own heritage and the mixed-raced family I am a part of.

This story originally appeared on The Lily, a publication of Washington Post, and is reprinted here with permission.