Share this with anyone who doubts vaccines. The U.K. just eliminated measles. 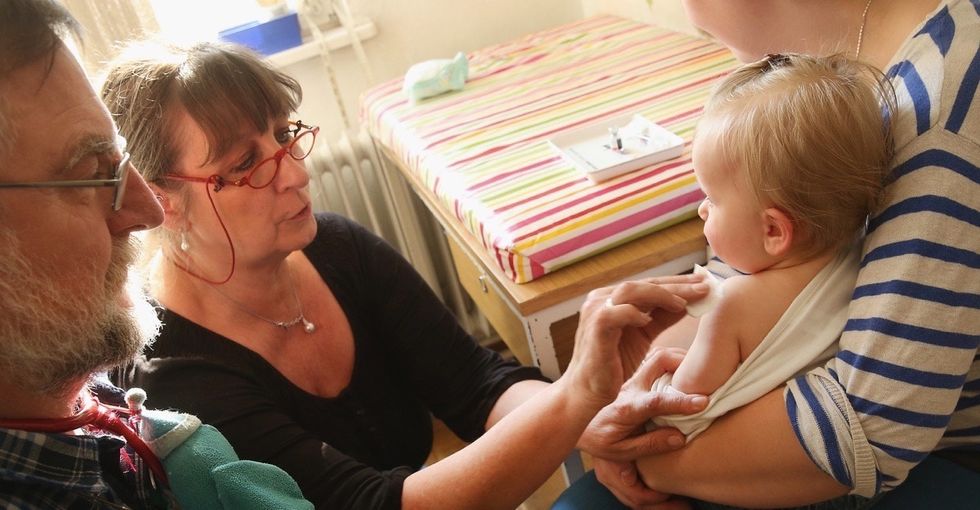 37 years ago, vaccines drove smallpox into extinction. Polio is about to be on death's doorstep. Now the U.K. can say it has added one more name to its personal kill list — measles.

According to a new report from the World Health Organization, Denmark, Spain, and the United Kingdom in 2016 successfully eliminated the measles virus.

The secret behind this achievement is something simple: vaccines and herd immunity.

It's important to note that, as the WHO defines it, "elimination" doesn't mean "completely wiped out." There were still about 1,600 cases in the United Kingdom last year.

Instead, the WHO reports, the United Kingdom has "interrupted endemic transmission." That is to say, enough people are vaccinated that even if someone does catch the virus, it's effectively impossible for the disease to spread. This phenomenon is commonly referred to as herd immunity, and it didn't happen overnight.

This is the culmination of a long, steady vaccination campaign.

Still, the four countries of the United Kingdom (England, Scotland, Wales, and Northern Ireland) have managed to reach a 95% measles, mumps, and rubella vaccination rate in children younger than 5 years old.

While measles might sound relatively innocuous, it's a serious, potentially deadly disease, especially for children. Measles can cause permanent hearing loss, encephalitis, and death. It can also cause babies to be born prematurely if a pregnant woman contracts the disease. Eliminating it is a big achievement.

The United Kingdom is not the first country to achieve this goal. According to the WHO, 42 out of 53 European countries have achieved elimination.

This news shows that with dedicated, sustained efforts, we can chase some of our greatest specters back into the shadows.

There's still plenty to be done. The U.K. will need to keep up its high vaccination rates and keep the herd immunity strong, or else the disease may gain a foothold once again. But with the vast majority of European countries having now eliminated this disease, measles might soon be marching down the same path as smallpox.