Share in the joy of this dad's surprise reunion with his toddler son. 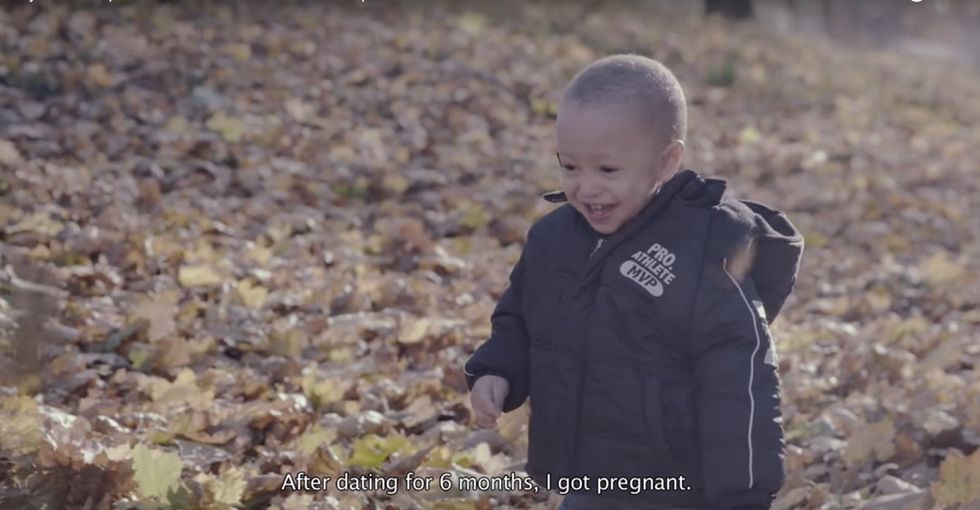 Watch Scarlyn and her son Liam's unique story, and scroll down to see how this life-changing trip came to life.

Scarlyn Cabral loves surprises. She just can't keep them to herself.

"They don't tell me about surprises anymore," Scarlyn said with a laugh. "They used to invite me to the party, but now only after it's planned and like one day before."

So when Scarlyn won a trip from a Delta Air Lines contest to the Dominican Republic to see her son's father, Jean, she didn't think she'd be able to keep the good news to herself. Lucky for Jean (and all of us), she pulled it off perfectly.

Scarlyn and Jean's story began in an unexpected place, a call center in the Dominican Republic.

Scarlyn was on a long vacation to the Dominican Republic and decided to get a job. She found one at a call center and Jean was her supervisor. Their friendship quickly grew and the two started dating. A few months later, Scarlyn discovered she was pregnant.

When she was six months pregnant, the pair decided Scarlyn should join her family in New York City.

While opportunities for Scarlyn and her unborn son were much greater in New York, Scarlyn was devastated to leave Jean behind.

"It was really scary, having to come [back to New York] by myself," Scarlyn said. "I felt bad because I wasn't going to have him here for the birth... It was scary."

Their son Liam was born a few months later.

Like many new moms, Scarlyn's priorities have changed since she became a parent

"I don't really think about myself anymore," she said. "Before, I used to make decisions like 'OK, I'm changing my major. I'm going on vacation.'... But after I became a mom, all I think about is Liam. ... What's better for him."

While her romance with Jean fizzled shortly after Liam was born, Scarlyn made a commitment to continue communication for Liam.

They're a new kind of modern family. Scarlyn and Jean have a strong friendship based on trust and respect.

While Scarlyn is the full-time parent, she doesn't let distance stand in the way of Jean knowing his son. She uses emails, texts, and video calls to stay connected and familiarize Liam, who just turned 1, with his dad and other relatives.

Though Jean receives photos and calls from Liam often, the distance is not for the fainthearted.

"When you lose something that fills you up completely, everything becomes empty," Jean told Delta. "It's something that sometimes you try to fill with work, keeping busy. But on the contrary, it goes on, you can't fill it up."

That's why Scarlyn entered Delta's My Next Trip Back contest, for a chance to win a trip to the Dominican Republic.

She hoped to reunite Jean and Liam so they could enjoy some much needed father-son time.

Scarlyn won the contest. And needless to say, she was ecstatic.

But now came the tricky part — keeping it a surprise.

She told Jean nothing about her big win, but it wasn't easy.

She covered her tracks until the very last minute, even playing a little digital deception on Jean.

"The day before, when I was here in New York, I took a picture of Liam and I in the bed. So I sent him that picture, when I was in the [Dominican Republic]."

The Delta film crew was interviewing Jean at a local park. That's when Scarlyn and Liam made an entrance Jean will not soon forget.

"You know when you know something, and you're hiding it, and you think everybody knows," Scarlyn said. "I thought he knew, but he had no idea," Scarlyn said.

"And then we hugged and we cried and everybody cried," she said. "It was so nice. It was awesome."

And thanks to their Skype calls, Liam recognized his dad after just a few minutes. Cue the happy tears!

Scarlyn and Liam recently returned from their trip with many happy memories.

Scarlyn, Liam, and Jean enjoyed several days of fun in the sun, catching up with one another and taking in the sights and sounds of Santo Domingo.

It's a much deserved reward for a family that reflects a new normal of alternative families making life healthy and happy. Because that's what matters.

Back home in New York, Scarlyn looks back on her recent trip with joy and gratitude. "I'm so glad [Delta] gave me the opportunity to go," she said. "We will not forget it."