Sen. Rand Paul had the perfect opportunity to get all his questions answered about the Benghazi attack when Secretary of State Hillary Clinton sat down to testify. Rather than ask salient questions to get the truth behind the attack, he decided to rant endlessly, condescend, and then at :48, declare Benghazi to be the worst tragedy in American history since 9/11. 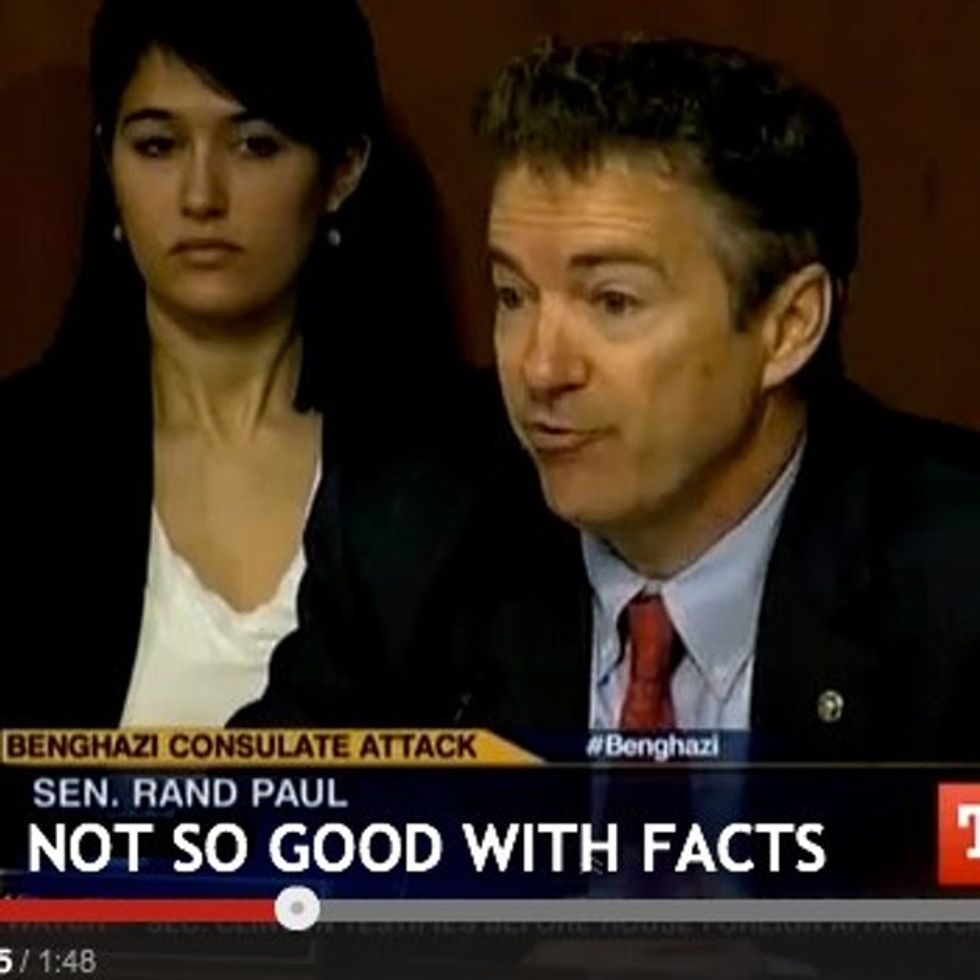 I like how at :44, Secretary Clinton accepts that some really dumb things are about to be said and rests her head on her hand in anticipation.

Four Americans died when the heroic ambassador drove directly into a firefight to save his staff. It was incredibly painful for all Americans. But since 9/11, we've also had Katrina, Sandy, Aurora, Tucson, the Iraq war, the Afghanistan war, the BP Oil Spill (which killed 11 and affected hundreds of thousands of lives), and just recently Newtown, where 20 children and 6 adults were massacred. There's plenty more I don't have the time to name. There are so many tragedies that affect our country day to day, but we just don't use them to score cheap political points in an investigative hearing. We should be better than that. Sen. Paul should know better. And he should apologize. It's inexcusable.

Ask him to apologize by clicking the tweet button below and sharing this.
Well Being