"When she wrapped me up with that hug, I just melted, and the weight of the world was lifted off my shoulders." 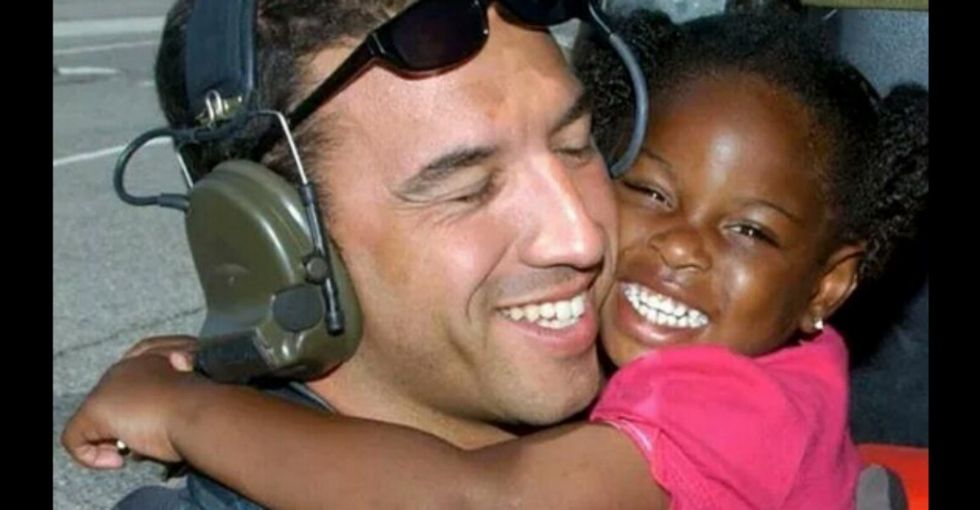 About 10 years ago, in the days following Hurricane Katrina, this photo was taken.

Air Force Master Sgt. Michael Maroney, seen on the left above, saved over 140 people in the aftermath of Hurricane Katrina, one of the most devastating natural disasters in U.S. history. But one rescue in particular stood out.

He helped save then-3-year-old LeShay Brown, and the joyous moment was caught on camera by the Airman 1st Class Veronica Pierce. The picture, taken amid overwhelming heartache, reflects a pivotal moment for Maroney.

"When she wrapped me up with that hug, I just melted, and the weight of the world was lifted off my shoulders," Maroney told ABC News. "Everything in the world just stopped, and I wasn't in New Orleans or in the devastation, I was just being hugged by a beautiful little girl."

But Maroney — who said he was especially "drawn to her" because he had two boys about her age — hadn't caught Brown's name at the time.

He spent the past decade wondering who and where she was.

In March 2015, Maroney launched a social media campaign to find the girl who changed his life.

He created the hashtag #FindKatrinaGirl in hopes that it'd eventually lead him to Brown.

And, thankfully, it did.

One of Brown's friends contacted Maroney's son on Instagram, according to ABC News, and the connection led to their meeting during an episode of BET's "The Real" talk show, which aired Sept. 16, 2015.


It was a reunion they'll both remember forever.

Maroney finally met Brown, who now lives in Mississippi and is "a straight-A student with dreams of becoming a lawyer," according to Loni Love of "The Real."

The tear-filled experience was an emotional one — especially for Maroney.

"If I can explain to you how important your hug was ... that small gesture — it helped me through bad days and dark days."

GIFs via "The Real."

Watch the moving clip of their reunion below: