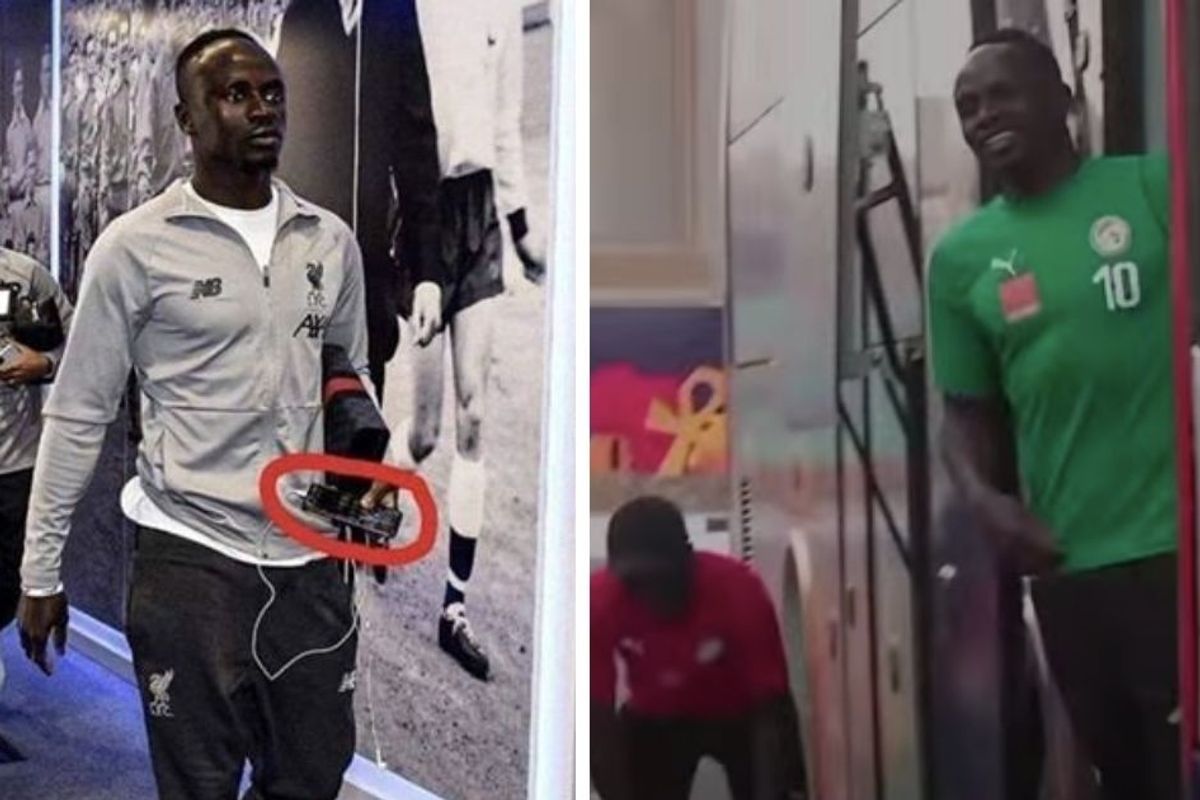 I don't follow international football (soccer, for us Americans), but a viral Facebook post prompted me to look up pro soccer player Sadio Mané. I'm so glad I did.

The 28-year-old from Senegal plays for Liverpool and is widely known as one of the nicest guys in the game. He's been known to help offload items off the team's bus, treat unsuspecting fans and ballboys with gifts and even helping scrub toilets at a local mosque after a big game.

He's also known for donating much of his $14 million a year salary as a professional footballer, especially toward helping his home village in Senegal.

The viral post that caught my eye showed Mané carrying a cracked iPhone and included a quote from him explaining his approach to wealth. (The quote was not in response to being asked about the cracked iPhone, but it makes a nice visual).

According to as.com, Mané said in an interview with a Ghanaian newspaper:

"Why would I want ten Ferraris, 20 diamond watches, or two planes? What will these objects do for me and for the world? I was hungry, and I had to work in the field; I survived hard times, played football barefooted, I did not have an education and many other things, but today with what I earn thanks to football, I can help my people. I built schools, a stadium, we provide clothes, shoes, food for people who are in extreme poverty. In addition, I give 70 euros per month to all people in a very poor region of Senegal which contributes to their family economy. I do not need to display luxury cars, luxury homes, trips and even planes. I prefer that my people receive a little of what life has given me"

He's sincere about that. Mané has paid for a hospital to be built as well—a project he funded because his father had died when Mané was a child because there was no hospital in their village. Last summer, he also returned to Senegal on vacation to check up on a school he is building in his home village of Bambali.

Mané's attitude toward his wealth and his choice to spend his money to help others are so refreshing. People are free to do what they want with their money, of course, and it's not like Mané never splurges. But he tries to stay humble. In a world with such extremes of poverty and wealth, seeing someone attempt to balance the scales voluntarily does a heart good. Imagine a society where every millionaire or billionaire were as detached from material things and as generous with what they have as Sadio Mané. While individuals aren't responsible for public welfare, imagine the wide range of good they could do nonetheless.

Thank you, Sadio Mané, for being such an excellent role model.

Learn more about Mané and the work he's done for his village here:

The touching reason Sadio Mané built a hospital in his village | Oh My Goal www.youtube.com