Online trolls launched a racist attack on a Swedish soccer player. His team had 2 words. 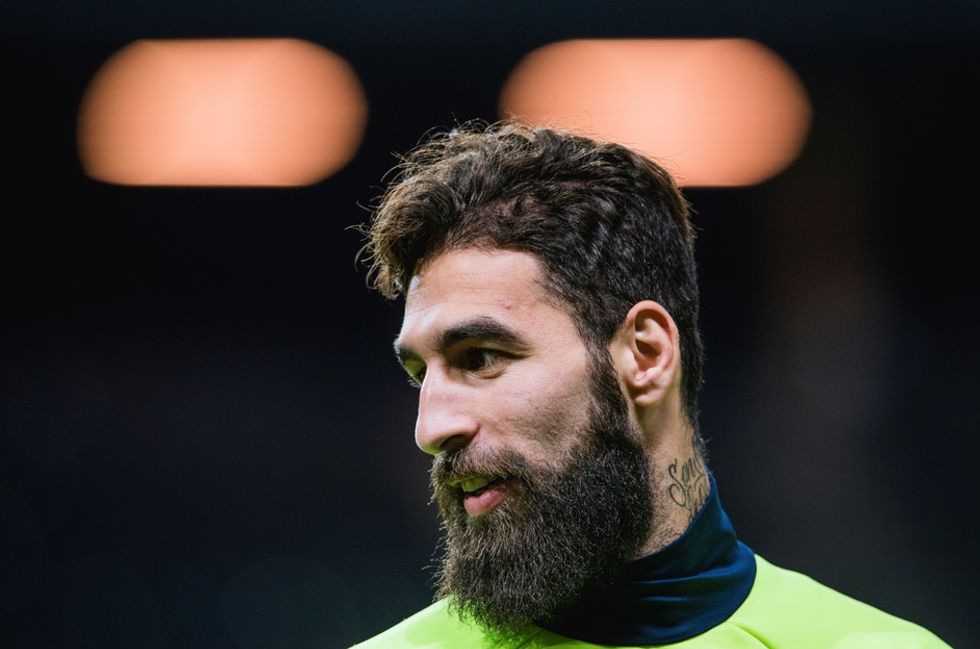 People can get pretty competitive with sports, and the World Cup is no exception.

Every four years, people from all over the world come together to watch nail-biting soccer matches. Some fans hope and pray their country's team advances to the next round for a chance at becoming World Cup champions. As a result, a lot of intense passion gets poured into every soccer game.

With all that fervor for the game often comes criticism for players, coaches, and teams. But there's a clear line between critiquing a player and straight up abuse, and some fans don't hesitate in crossing over.

Unfortunately, Swedish midfielder Jimmy Durmaz was subject to some of that abuse.

On June 30, 2018, online trolls targeted Durmaz with racist abuse after his foul against a German soccer player ended up giving Germany the game-winning penalty kick.

Soon after Sweden's upsetting loss, Durmaz — the Swedish son of Assyrian immigrants from Turkey — received an onslaught of racist epithets and name-calling. Some called the soccer player the "Arab devil," a "terrorist," and made references to suicide bombings. The trolls also went so far as to threaten his family and children.

But Durmaz refused to stay silent in the face of racism.

Durmaz said he understands that playing soccer professionally on an international stage comes with criticism. But what he finds completely unacceptable is the racially charged taunts toward him and the threats made against his family.

So, right before the Swedish team's training session on the next day, July 1, Durmaz stood alongside his coach, Janne Andersson, and his teammates and spoke up.

"When someone threatens me, when they call me darkie, bloody Arab, terrorist, Taliban … then that limit has been passed," Durmaz said. "And what is even worse, when they go after my family and my children and threaten them … who the hell does that kind of thing?"

“I am Swedish and I am proud to represent the Swedish national team – it is the biggest thing you can do as a footballer. I will never let any racists destroy my pride. We all have to make a stand against racism."

Though the message is short, it's powerful.

While it's important to be patient when possible and use balanced arguments to dismantle racism, sometimes there are exceptions to that rule.

Recipients of abuse don't owe their abusers civility. And sometimes it's best to beat evil by calling it for what it is. By standing alongside Durmaz, his coach and teammates helped do just that.

They refused to allow the World Cup to be used as a vehicle for racism and injustice. Instead, they reminded us what it's really about: bringing people together and celebrating our global diversity.

Most importantly, they advocated for their teammate and used their platform as world-class athletes to stand up for victims of racist abuse not just on the soccer field, but all around the world.

You can watch Durmaz make his statement here:‌‌

Correction 7/10/2018: A previous version of this story indicated Durmaz was Muslim. It has been corrected to reflect only that he is the son of Assyrian immigrants from Turkey.