Mustache or no mustache, this moving Movember message about suicide is for everyone. 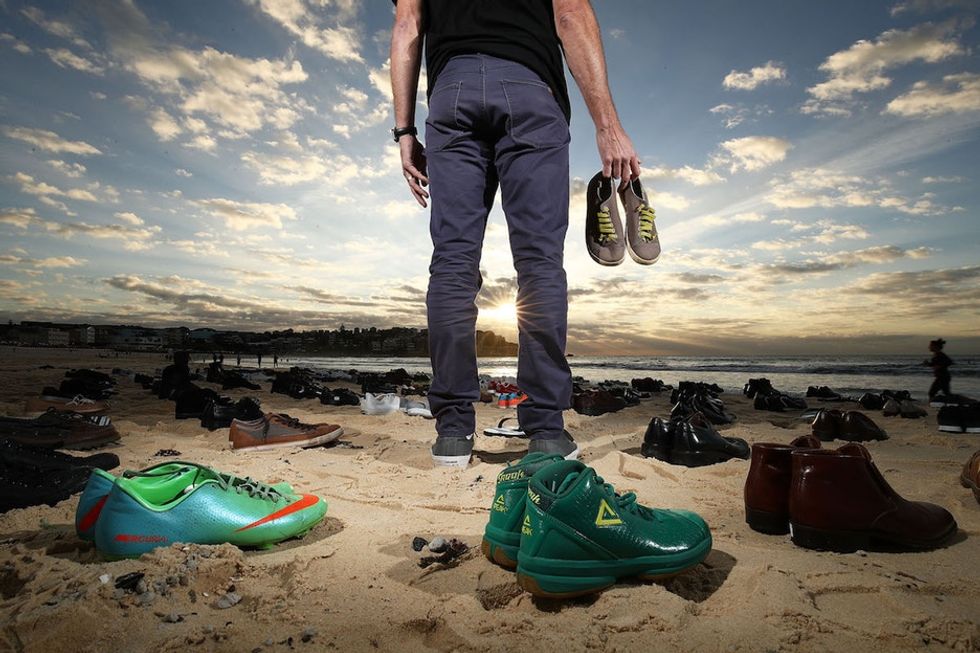 When people think of Movember, chances are the first thing to pop into their heads is an image like this:

This next one, though? Maybe not. But it's an image the actual Movember Foundation wants everyone to remember.

All photos by Brendon Thorne/Getty Images for Movember Foundation.

On the morning of Nov. 1, the Movember Foundation placed 191 shoes on the shore of Australia's Bondi Beach as tribute to the 191 Aussie men that took their own lives in the past month.

Led by co-founder Adam Garone, the installation is meant to spotlight one of Australia's most pressing issues — suicide is the leading cause of death for Aussie people between the ages of 15 and 44.

"We wanted to bring awareness to the gravity of the situation and pull it out of the shadows. Very few people know the extent that this is impacting our community," Garone told The Daily Telegraph.

More than a tribute, the moving installation is also a message for men dealing with mental health issues that they're not alone.

"There are going to be a lot of men who read this article and will see the images that we did today who are in a really dark place," Garone added to The Daily Telegraph.

"What we want to try and inspire is for them to think differently about how they’re tackling this and for them to talk with their mates, their partner or to seek some kind of help," he said.

Yes, Movember is a time for super fun, outlandish facial hair. But let's not forget the meaning behind the mustache.

From its humble beginnings as a bar bet to becoming one of the world's top NGOs, the Movember Foundation has used the mustache as a conversation starter for important men's health issues around the world.

Along with mental health and suicide prevention, the Foundation is also at the forefront of tackling prostate and testicular cancer. In fact, the NGO has raised over half a billion dollars since it started and has used funds to form scientific super teams to help produce significant treatment breakthroughs.

Understanding what Movember is all about makes the mustache that much more meaningful. Even if everyone can't grow one, one thing we can all do is contribute to the cause.