Meet the photographer empowering women of color with her gorgeous portraits. 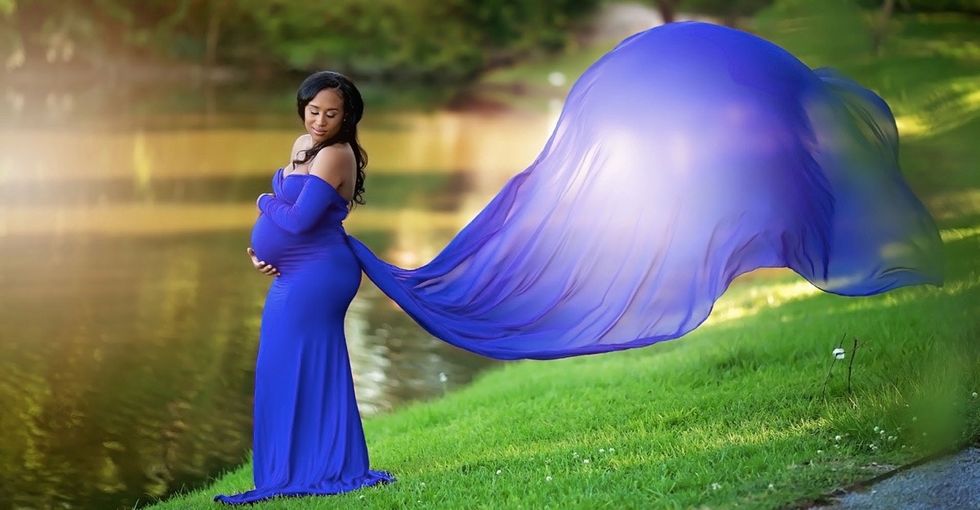 10 years ago, Sasha Matthews was pregnant and felt so alone.

Matthews was pregnant and had little support. She spent most of her pregnancy talking to other pregnant women online. In fact, Matthews only has one or two pictures of herself from those 40 weeks. One doesn't even have her face in it.

"My whole life dynamic changed," she says. "I felt very shamed and hidden away and didn't feel very important."

So when she transitioned from her career in mental and behavioral health to photography, she knew she wanted to support and empower women, especially women of color.

Today, Matthews, founder of Green Tangerine Photography, takes absolutely stunning photos that showcase women of color during the seasons of their lives.

All photos by Sasha Matthews/Green Tangerine Photography, used with permission.

"I knew — particularly with women of color who are often shamed for the number of kids they have or how they have their children or how their motherhood is constantly in question — that I wanted to show the side of 'Look at these gorgeous mamas!'" she says.

Matthews encourages her clients to rock fabulous dresses, makeup, or anything else that makes them feel beautiful.

A firm believer that you can never be overdressed for a portrait, Matthews even keeps racks of gowns in multiple sizes in her studio for women who can't afford to spend the money on something new to wear.

She also researches poses and styling to make sure women of every size feel elegant and powerful in their photographs.

"Taking pictures is hard for me even," she says. "If you look better, then you'll feel more confident."

She's had the privilege of watching families bloom and grow seemingly right in front of her eyes.

From engagement photos and maternity photos to newborn and family photos, Matthews' work is never done. And that's exactly how she likes it.

Many clients even become friends. Matthews babysits, attends birthday parties, and sends flowers if a relative passes. It's much more than a business transaction; it's community-building.

"It's really that personal for me," she says. "I am documenting monumental parts of people's lives."

Since telling her story and sharing her work, Matthews discovered the unique power of the words, "me too."

Though Matthew's son is now 10, many people are hearing her story for the first time. Some reached out to share similar feelings of shame or loneliness during pregnancy. For them, her story is hopeful: If she can get through it, they can too.