Here's all you ever wanted to know about the parasite in cat poop. 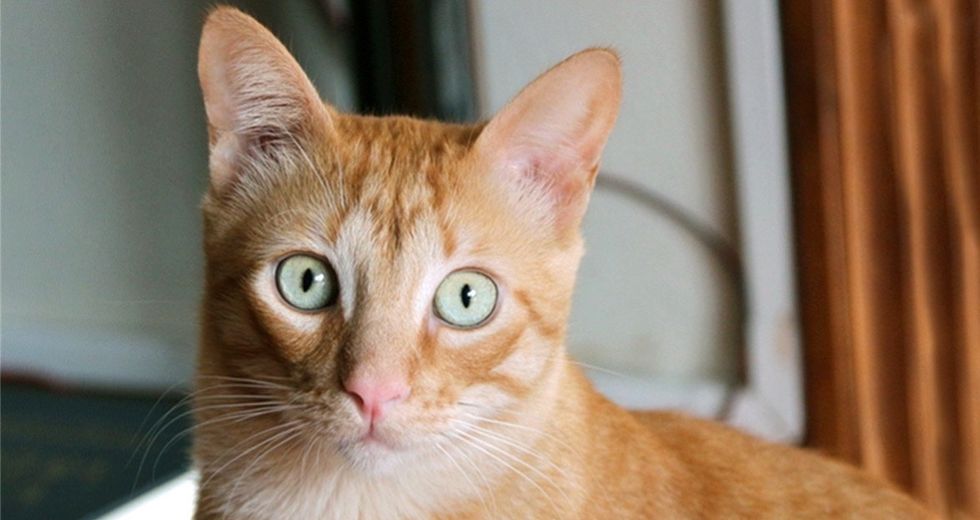 And what’s not to love? They’re cute, playful, and goofy. Plus they are the darlings of the internet. What would any of us even do if cat videos didn’t exist on the internet?

Cats are the best, and we know that they love us, but they can also accidentally make us sick.

Yes, it's true. Cats are the source of an extremely common parasite called Toxoplasma gondii that reproduces exclusively inside cats. And once infected, cats poop out T. gondii eggs — called oocysts — and these eggs have a tendency to make their way into humans and other mammals. This can then cause the disease toxoplasmosis, which can be very dangerous.

It's not their fault — cats don't want to have this parasite any more than you do — and we don't blame them, but it's still a reality that we both have to face. So, how do we deal with it?

To help answer that, here are nine things that your cat wants you to know about this little parasite:

1. It's difficult to know if your cat has the parasite.

Cats rarely have symptoms, so most people don't know if their cat is infected with this parasite. But it's more common among kitties that go outdoors or that eat undercooked or raw meat.

It's best to stick to feeding kitty canned, dried, or well-cooked food. GIF via The Daily/YouTube.

2. This parasite lays A LOT of eggs, but keeping your cat’s litter box clean reduces the risk.

A cat acutely infected by T. gondii can shed up to 500 million oocysts in just two weeks through its poop. These eggs survive a long time — up to one year — in warm climates with moist soil or seawater. And it could take just one egg to infect a human.

But if you change the litter box every day, you lower your risk of infection (and stinky litter smell) substantially. The oocysts don’t actually become infectious for one to five days.  So don't forget to scoop and wash your paws — I mean hands — afterward!

3. So ... you might already be infected with the T. gondii parasite.

About 2 billion people worldwide — including 60 million in the United States — are already infected with the parasite from (accidentally) ingesting cat feces or from drinking contaminated water, eating undercooked meat (of animals that grazed or hunted in an area where a cat lived), handling unwashed produce, or just from cleaning an infected cat's litter box.

4. But even if you are infected, if you have a healthy immune systems, you’ll likely be fine.

There's no need to turn into a scaredy cat. Even though many, many people are infected, few ever get symptoms. That’s because a healthy immune system is normally strong enough to keep the parasite from causing any illness.

If you are pregnant, HIV-positive, or already have another infection that weakens your immune system, you run the risk of developing some of the worst symptoms, such as headaches, seizures, confusion, and organ damage — most often to the back of the eye. There are treatment options available though, if your doctor thinks they are necessary.

If you get infected for the first time while you are pregnant, the parasite may cross the placenta to your baby, causing a congenital parasitic infection that can result in the child being stillborn or born prematurely. In some cases, the infection can also damage the baby’s eyes, brain, nervous system, skin, and ears.

The majority of newborns who are infected will not show signs for months or years after birth, though. But, if left untreated, this infection can cause some serious health problems later in life.

6. So if you are planning to have a baby, get tested for it.

If you have already been infected before you get pregnant, you usually won’t pass the infection to your baby because you have likely built up an immunity to the infection.

7. And no, getting pregnant doesn't mean you have to give up your cat!

According to the CDC, you can keep your feline BFF even if you are pregnant or have a weakened immune system. Just be extra vigilant while you are pregnant. For example, take a well-earned break from the pooper scooper and have someone else clean the litter box for you (maybe while you take a cat nap). Also, keep your kitty off the kitchen counter, and don't adopt any new kittens — no matter how huggable — until after the baby is born!

8. You don’t even need to have a pet cat to be infected.

You are actually more likely to get the parasite from gardening or eating undercooked meat than directly from a cat.

It is true that ​infected mice and rats display a number of behavioral changes, such as losing their aversion to the smell of cats and their urine — which, of course, makes them easier for cats to catch them. T. gondii has been blamed for a whole bunch of human behavioral changes, including slower response times (causing more car wrecks) and mental illness, such as schizophrenia.  But as of right now, these appear to still be just theories. Nothing has been proven.

Cats have been our buddies for a long time.

Cats have worked their way into our hearts, and they bring a number of benefits. Not only are they great companions, but they also lower stress and blood pressure, which, according to one study, could reduce our risk of heart attack and strokes by more than one third.  And these purring cuddle-buddies also help us sleep, according to a study from the Mayo Clinic Center for Sleep Medicine.

Cats know how to melt our stress away. GIF via Nakuspienne/YouTube.

So while, yes, they can accidentally make us sick, if we take some precautions to avoid this parasite, we can continue enjoying our snuggly little companions for all of their nine lives.