Her daughter suddenly vanished. Now this woman and 4 others want answers.

A quest for justice in Mexico. 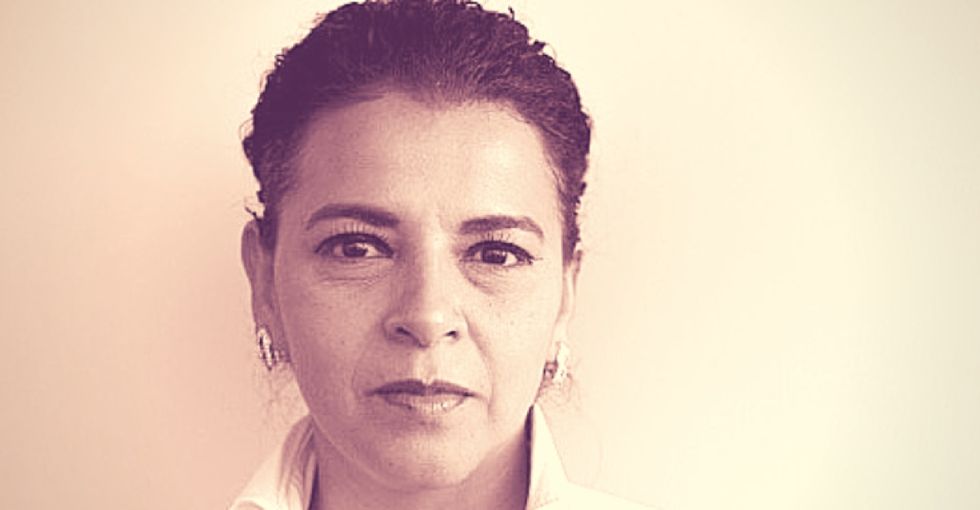 Want to see the definition of courage? Take a look at these five women.

They've endured any parent's worst nightmare: Their children disappeared one day and haven't been found.

That's a reality that some families have to deal with in Mexico, where an estimated 25,000 people have gone missing since 2006, when the drug war began to escalate.

There's the violence and drug trafficking. But there's also an absence of rule of law. You can't go to the police or courts for answers when corruption is rampant. And the Mexican government isn't doing enough to restore trust in law enforcement.

Yet these mothers aren't losing hope. They're demanding justice and taking matters into their own hands.

Here are their powerful stories:

The odds seem impossible, but she won't give up.

Every Saturday, Silvia Ortiz carries a shovel and roves the desert looking for her daughter's remains.

It's been over a decade since Fanny — who was then 16 — disappeared after playing a basketball game in Torreón, a city in the northern Mexican state of Coahuila. After the game, Fanny stopped by a friend's house to pick up her Discman and planned to go home. She vanished on her way back.

Silvia now leads VIDA, a group of 56 families that comb the Coahuila desert every weekend in temperatures as high as 104 degrees, waging a perpetual search for their loved ones.

Since last January, they have found dozens of small bones and charred human remains.

"The hardest thing is the time that passes. You go to the authorities to check your case and they have nothing. You have to check photos of [unidentified] corpses, and now search for human remains like we do. It's really hard, but it has to be done."

She'll risk her own life to find her daughter.

Those were the last words that Araceli Jiménez heard from her 21-year-old daughter Fernanda on Sept. 7, 2012. A few minutes after that last call, Fernanda was dragged out of a bar by four men in Orizaba, a city in the violence-plagued coastal state of Veracruz.

According to state authorities, her disappearance was only related to one thing. With her long hair, hazel eyes, golden brown skin, and cute smile, she likely caught the eye of a narco looking for a girlfriend.

Araceli can't even search for her daughter without worrying about threats and intimidation.

She has received menacing calls and has been harassed and profiled. Now, she can't leave home without a security escort.

"To think that she is suffering gives me strength to continue fighting. The impotence of not knowing is frustrating and it's killing me little by little. My challenge is to keep myself alive and keep fighting against a corrupt government and a society that doesn't take these cases seriously. I'll keep going because the fight for a son or a daughter never ends and a mother never forgets."

Someone has to speak up — or nothing will change.

When María Elena Herrera met with then-President Felipe Calderón in 2011, she didn't hold back her emotions.

“We are not collateral damage," she said, referencing the president's war on drug traffickers, which had taken tens of thousands of lives since 2006. “We have names and a family." She burst into tears, and the president gave her a hug.

María Elena is still waiting for the return of her four sons.

Jesús and Raúl disappeared in Guerrero in 2008, and Gustavo and Luis Armando vanished two years later in Poza Rica, Veracruz, after they went to the city to search for work.

Now, Doña Mary — as others in this struggle fondly call her — has become one of the most outspoken leaders of the movement for justice.

She knows her daughter wasn't the only one.

Paloma had left their house in the northern city of Chihuahua on a Saturday afternoon to go to a computer class.

Three weeks later, Paloma's body was found in the outskirts of the city.

Now, Norma battles against gender violence as director of Justice for Our Daughters, an organization formed by the families of murdered and disappeared girls and women in Chihuahua.

Paloma wasn't alone. Justice for Our Daughters found that 52 women were murdered in Chihuahua that year, part of a grim trend of femicides that also plagued the border city of Juárez.

She finds strength in the quest for justice.

Sinaloa is the home state of the world's most wanted drug lord, Joaquín “El Chapo" Guzmán, a ruthless kingpin who recently escaped prison. It's also a place that bears the scars of the drug war.

For people like Mirna Medina, that means a missing child: her 21-year-old son Roberto.

On July 20, 2014, he was at a gas station selling discs and USB drives with pirated movies when a black van arrived. Roberto got in the van and never returned home.

Since then, Mirna has become one of “Las Rastreadoras," or “The Trackers." She joins dozens of other women who roam agricultural fields in northern Sinaloa searching for loose dirt, disturbed soil, rotten clothes, or any other sign indicating a person has been buried there. They have found 26 bodies so far.

"I thought I was so far away from this violence; I thought this was never going to happen to me. The group and what I've been doing have given me strength, but in the beginning the hardest was to accept that Roberto wasn't here. Then, finding the graves and the bodies, decomposed bodies. I couldn't believe I was going through this. It's really hard to see that Roberto is not here and see, that like me, many mothers — thousands of mothers — are going through this."

These women have faced immense pain. But they're standing strong for a better future.

Once a person disappears, they run the risk of being forgotten, especially in a country where the government isn't devoted to solving the cases. These mothers are not only making sure their children are remembered, they're raising awareness about others who could suffer the same fate.

Let's help them tell their stories and work toward a time when this stops happening.