From school to Mardi Gras, these students are keeping their city's unique spirit alive. 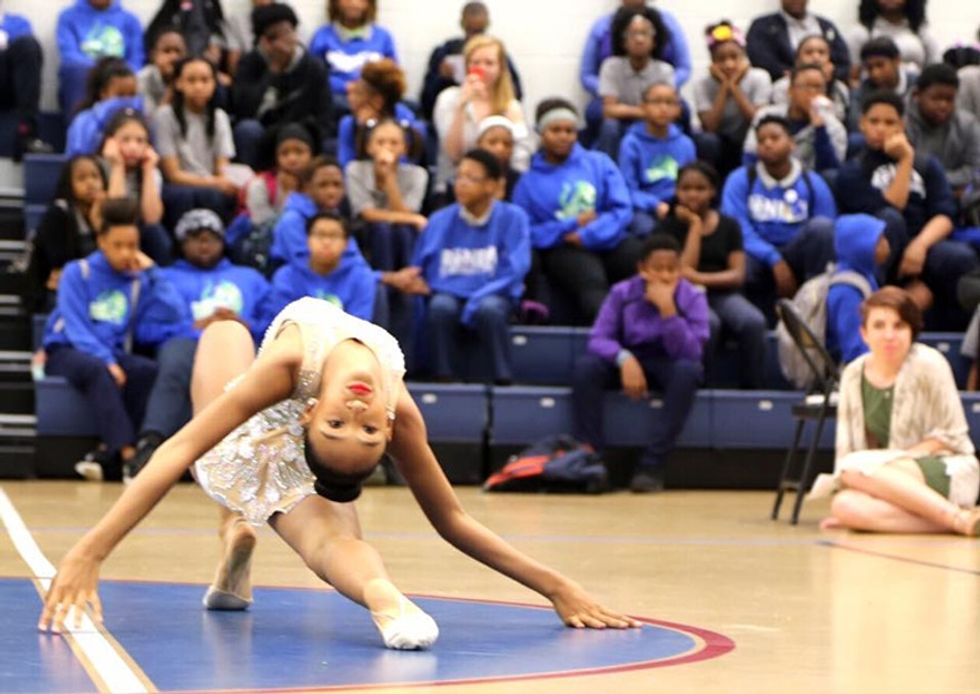 When Rabeetah Hasnain teaches, she resists telling her students what to think.

There’s no need to just drill them on facts they memorized.

Instead, she loves to witness her special education students’ eyes light up with understanding and growing confidence in her fourth- and fifth-grade classes at ReNEW Cultural Arts Academy in New Orleans.

Her students think for themselves and learn how to solve problems — but in a fun, free-spirited way that mirrors the celebratory, artistic culture of their city.

For Hasnain’s math classes, she choreographs the fluid movements of a mathematics dance to help her kids learn how a decimal point moves when multiplying by 10.

For English, she has them create a three-minute improv theatrical scene to review their reading comprehension of the "Matilda" chapter she assigned for homework.

That's because at this academy, art isn’t a separate subject tacked onto education — it's ingrained in the school's culture, just like it is in the city of New Orleans.

It makes sense that their education style is as unique and jubilant as their surrounding city. After all, if you take a walk through New Orleans, you'll see artists lining up their original artwork every day along the sidewalks and fences of Jackson Square. You'll see Dixieland jazz musicians roaming the streets, playing for those that pass by. From its Cajun and Creole cuisine to its multicultural artistic population to its historic architecture, this is a city where beauty and expression in all its forms are celebrated.

The school, then, takes its cues from the spirit of New Orleans, infusing art, music, and performance into many aspects of the learning experience.

They do this with the help of Turnaround Arts, a national program that aims to transform low-performing schools by using arts education as a strategic tool to boost confidence, creativity, and academic achievement.

"Arts integration doesn’t have to be this extra crazy thing that teachers do," Hasnain says. "It’s just good teaching." Especially when you can connect students with a city's vibrant arts community.

Take Preservation Hall, for example. Situated deep in the heart of the iconic French Quarter, this music venue is known for its unforgettable jazz concerts, which further a living tradition of New Orleans jazz music and culture citywide. It’s also known for its music groups, like the Preservation Hall Jazz Band, and it is those very band members who are orchestrating the future of this storied musical tradition through Turnaround Arts.

Twice a week, Preservation Hall sends professional jazz musicians to ReNEW Academy to work with the school band, so the students can learn jazz and marching band styles that mirror the jubilant streets and famous venues of their city.

And the kids get to take their art outside the classroom too.

Band students also perform in the city’s Mardi Gras parade, further connecting these students with the local arts scene and allowing them to be part of one of the city's most famous creative traditions. That’s a big deal for anyone enchanted with the city’s defining music.

At this New Orleans academy, their approach to the arts is creating a whole new generation of young artists that are both inspired by and shaping the culture of their city.

A month later, local artists visited homeroom classes at ReNEW Cultural Arts Academy to help them design a mural or art installation around the theme of growth. And the New Orleans Museum of Art donated banners and frames for the project.

In New Orleans, providing children with the space for thinking creatively and for free expression isn’t just to improve academic performance.

"In New Orleans in particular, you’re not only a musician, you’re a culture-bearer," Hasnain says.

"That’s why we bring so many community partners here. ... It would be horrible to be in a city that has so much culture and the kids not be part of it."

It's a culture and a legacy recognized around the world — from the dazzling parades, to the sweet sounds of jazz music in the French Quarter — shaped every day by the youth who live and learn there.