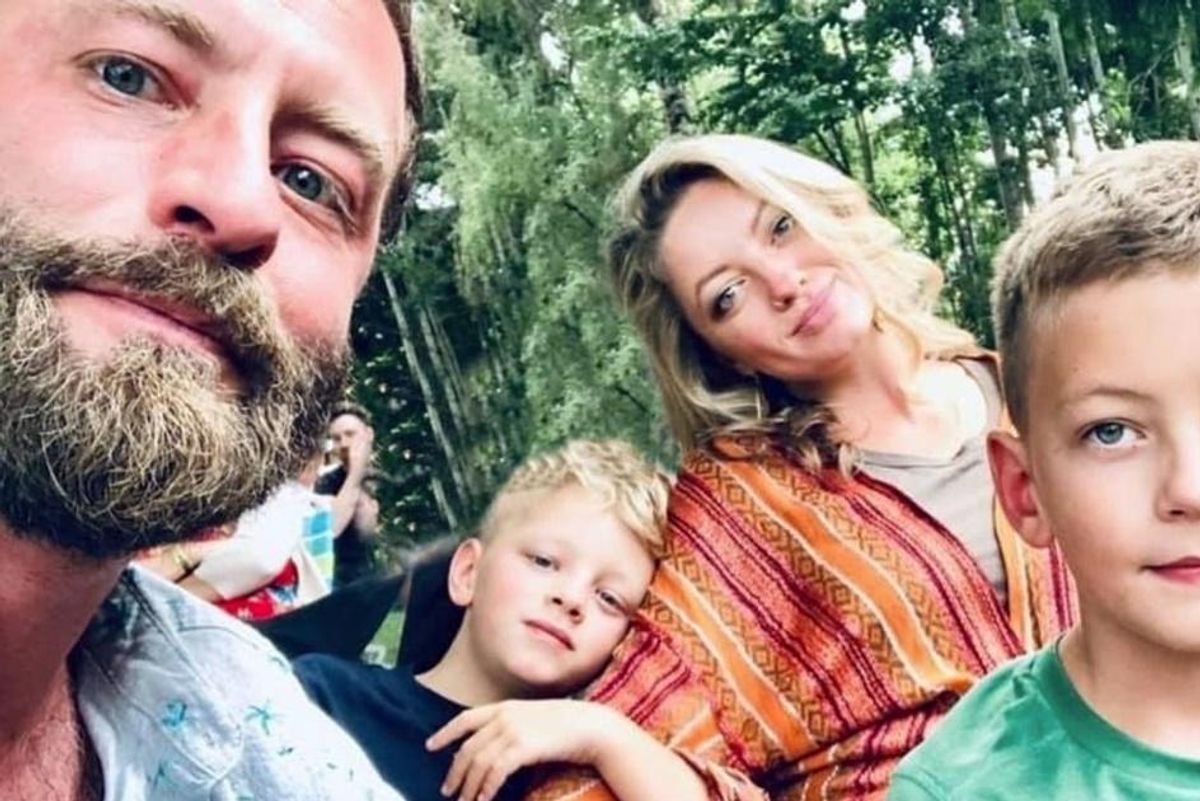 A dad from Portland, Oregon, has taken to LinkedIn to write an emotional plea to parents after he learned that his son had died during a conference call at work. J.R. Storment, of Portland, Oregon, encouraged parents to spend less time at work and more time with their kids after his son's death.

In an open letter on LinkedIn, which has so far garnered over 26,000 likes and 2,700 comments, Storment explains that his son, Wiley, passed away during his sleep as a result of complications from his mild epilepsy. He then goes on to blast himself for not spending enough time with his son, and encourages other parents to take more time off work.

Storment starts by explaining that the day his son passed away started like any other:

"When I got the call I was sitting in a conference room with 12 people at our Portland office talking about PTO policies. Minutes earlier, I had admitted to the group that in the last 8 years I'd not taken more than a contiguous week off."

That's when Storment received a call from his distraught wife.

"My wife and I have an agreement that when one of us calls, the other answers. So when the phone rang I stood up and walked to the conference room door immediately."

"I was still walking through the door when I answered with 'Hey, what's up?'"

"'What?' I responded incredulously."

"'Wiley has died.' she reiterated."

Storment goes on to explain the chaos that happened next.

"That was the entire conversation. The next thing I know I'm sprinting out the front door of the office with my car keys in hand, running ferociously across the street and muttering 'oh F**k. oh F**k. oh F**k.' Half way down the block I realize I don't have the opener to my parking garage. Running back into the lobby, I all but shout "Someone drive me! Somebody drive me!" Thankfully, a helpful colleague did."

Storment made it home, but not yet knowing the cause of death, police were treating the house as a possible crime scene. The heartbroken father was unable to see his son for two and a half hours.

"When the medical examiner finally finished his work, we were allowed in the room. An eerie calm came over me. I laid down next to him in the bed that he loved, held his hand and kept repeating, 'What happened, buddy? What happened?'"

"We stayed next to him for maybe 30 minutes and stroked his hair before they returned with a gurney to take him away. I walked him out, holding his hand and his forehead through the body bag as he was wheeled down our driveway. Then all the cars drove away. The last one to leave was the black minivan with Wiley in it."

Storment goes on to explain his son's dreams and aspirations, and the difficulty he had signing his son's death certificate.

"Wiley was obsessed with starting a business. One day it was a smoothie stand, the next it would be a gallery, then a VR headset company, then a 'coder', then a spaceship building company. In each of these scenarios he was the boss. His brother (and sometimes us) were invited to work for—not with— him and were each assigned jobs. In the gallery scenario, Wiley informed Oliver that he would be manning the cash register."

"Around 5 years old, Wiley decided he was going to get married as an adult. By 6 he had identified the girl, holding her hand at recess on the first day of kindergarten. Over the next two years as we moved from Portland to London to Hawaii, he kept in touch with her by handwritten letter. Not long before we moved back to Portland, the two agreed (by letter) to marry. She beat him to the punch and asked him. He accepted. Happily, he got to see her twice after we moved back to Portland in June."

"One of the countless difficult moments of this month was signing his death certificate. Seeing his name written on the top of it was hard. However, two fields further down the form crushed me. The first said: 'Occupation: Never worked' and the next: 'Marital Status: Never married.' He wanted so badly to do both of those things. I feel both fortunate and guilty to have had success in each."

Storment then criticises himself for spending too much time at work. And while it sounds that Wiley got to live an amazing life, Storment only wishes he could have done more with him.

"Over the last three weeks I have come up with an endless stream of things I regret. They tend to fall into two categories: things I wish I had done differently and things I'm sad not to see him do. My wife is constantly reminding me of all the things he did do: Wiley went to 10 countries, drove a car on a farm road in Hawaii, hiked in Greece, snorkeled in Fiji, wore a suit to a fantastic British prep school every day for two years, got rescued from a shark on a jet ski, kissed multiple girls, got good enough at chess to beat me twice in a row, wrote short stories and drew comics obsessively."

Storment hadn't checked on the boys the morning of the tragedy because he had to get up early for meetings, a decision he seems to regret.

"Around 5:40am, the next morning I woke up for a series of back to back meetings. I did a Peloton ride, took an analyst call from my home office, one with a colleague on the drive to work, then the rest at the office. None seem that important now. I left that morning without saying goodbye or checking on the boys."

Storment has a simple message for parents:

"Many have asked what they can do to help. Hug your kids. Don't work too late. A lot of the things you are likely spending your time on you'll regret once you no longer have the time. I'm guessing you have 1:1 meetings on the books with a lot of people you work with. Do you have them regularly scheduled with your kids? If there's any lesson to take away from this, it's to remind others (and myself) not to miss out on the things that matter."

"The big question is how to return to work in a way that won't leave me again with the regrets I have now. To be honest, I've considered not going back. But I believe in the words of Kahlil Gibran who said, 'Work is love made visible.' To me, that line is a testament to how much we gain, grow and offer through the work we do. But that work needs to have a balance that I have rarely lived. It's a balance that lets us offer our gifts to the world but not at the cost of self and family."

"While I sat writing this post, my living son, Oliver, came in to ask for screen time. Instead of saying the usual 'no', I stopped writing and asked if I could play with him. He was happily surprised by my answer and we connected in a way I would have formerly missed out on. Small things matter. One silver lining from this tragedy is the improving relationship I have with him."

"Our family has gone from having two units of two (the parents and the twins) to now being a triangle of three. That's a big adjustment for a family that has always been four. Oliver's brilliant reply when we discussed the shape of our new family: 'But Papa, the triangle is the strongest shape.' By some sad and beautiful irony, Oliver has met three sets of 8-year-old twins in our new neighborhood since Wiley passed."

"I've learned to stop waiting to do the things the kids ask for. When we sold the business I gave each of the boys a $100 dollar bill. They decided to pool their money to buy a tent for camping. But we didn't make it happen before Wiley died. Another regret. So, after the first round of family visits after his death, I took Jessica and Oliver to REI to get gear and we left town quickly to camp near Mt. St. Helens."

"Somehow, we got to the wilderness without enough cash to cover the campground fee and had a slight panic. Jessica then realized that Wiley's $100 bill was still in his seat pocket. He got to spend his money on camping after all. Collectively, the family said a big, 'Thanks, buddy' out-loud to him. It was one of many bittersweet moments we will experience for the rest of our lives. Each happy time brings with it the sadness that he doesn't get to experience it."

"One of Wiley's happy times was listening to music and dancing. Damn, could that kid dance. He loved the Oregon Country Fair and the year before we left for London, we listened to a band there play a version of 'Enjoy yourself (It's later than you think)'. The words stuck with me that day three years ago and painfully so now:"

"You work and work for years and years, you're always on the go

You never take a minute off, too busy makin' dough

Someday, you say, you'll have your fun, when you're a millionaire

Imagine all the fun you'll have in your old rockin' chair

Enjoy yourself, it's later than you think

Enjoy yourself, while you're still in the pink

The years go by, as quickly as a wink

From Your Site Articles
Related Articles Around the Web
parenting
popular