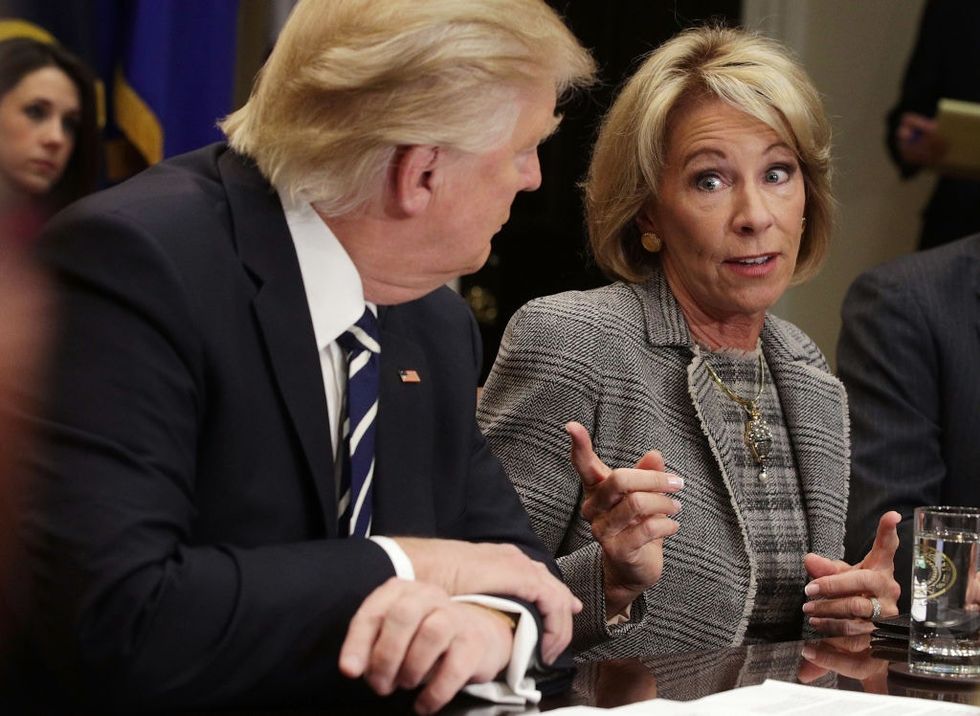 The proposed rules would dramatically change protections and rights for victims.

A shocking new report on proposed college campus rule changes could dramatically alter America’s approach to sexual assault — in a way that undermines the rights and protections of victims.

According to proposed rule changes from Education Secretary Betsy DeVos, the changes would raise the bar for what constitutes sexual harassment or assault to “unwelcome conduct on the basis of sex that is so severe, pervasive and objectively offensive that it denies a person access to the school’s education program or activity.”

Even more disturbing, the proposed changes would allow the accused to “confront” their accusers in cross-examinations and mediated dialogue and have access to evidence even in situations where that evidence would not be used as part of a criminal or disciplinary situation.

Earlier rules outlined in 2011 by the Obama Administration sought to avoid such mediations, even when both parties agreed to them, because of the obvious risk of emotional harm and legal liabilities placed upon victims of harassment or assault.

At first glance, @BetsyDeVosED has given rape culture yet another win. Her new policies governing sexual assault an… https://t.co/gxKHGp9uhg
— Jamil Smith (@Jamil Smith)1535576835.0

Many of the changes are aimed at undoing advances made during the Obama presidency.

Like so many moves made under President Trump’s watch, the proposed rule changes seem to have as much to do with attacking Obama’s legacy as they do with enacting actual policy.

In the draft obtained exclusively by The New York Times, DeVos writes that “The lack of clear regulatory standards has contributed to processes that have not been fair to all parties involved, that have lacked appropriate procedural protections, and that have undermined confidence in the reliability of the outcomes of investigations of sexual harassment allegations.”

Recent studies from the Department of Education show that reports of sexual harassment and assault are unbelievably low, in 2015, 89 percent of American colleges reported zero cases of rape.

That flies in the face of more widely accepted studies which estimate that 20 percent of all women experience sexual assault on college campuses.

In other words, to score political points against President Obama’s legacy, the Trump Administration is going out of its way to protect the rights of those accused of sexual harassment and assault.

This is a shocking change. And the only way to stop the Trump White House is to demand they back down.

Instead, the rule changes only require a “public comment period” before they are backed by the force of law.

Whether or not these are the final rules proposed by the Trump White House, it’s clear they are not moving in the direction of protecting men and women who have survived assault or been victims of harassment.