America should be clamoring to take in refugees, and not just for humanitarian reasons. 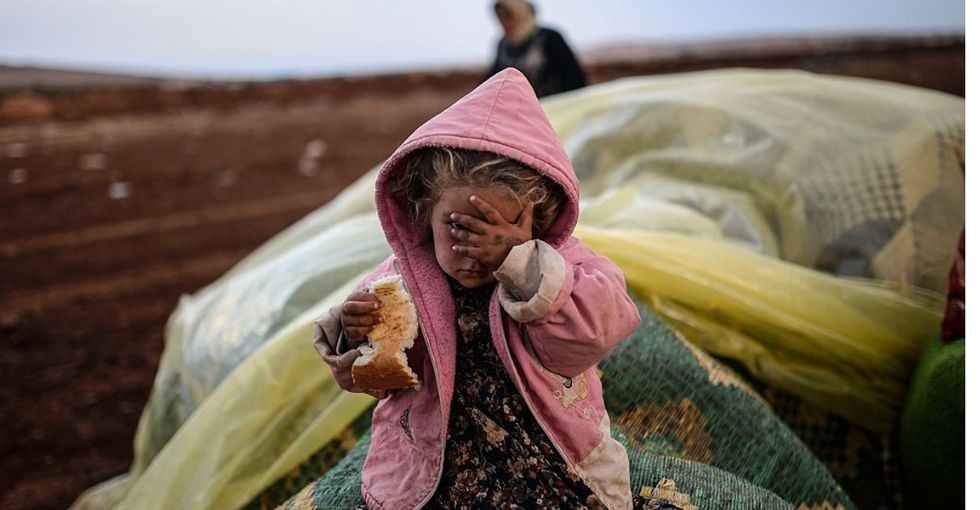 There are currently more refugees in the world than at any time in history—and half of them are children.

As of the end of 2017, there were a record 68.5 million displaced people in the world. Of those, 25.4 million are refugees—the highest number the world has ever seen according to the United Nations Refugee Agency.

Refugees are not merely migrants looking for a better life. The U.N. defines a refugee as “someone who has been forced to flee his or her country because of persecution, war or violence” and “has a well-founded fear of persecution for reasons of race, religion, nationality, political opinion or membership in a particular social group.”

Refugees are distinct from asylum seekers as well, in that in order to obtain official refugee status your fear of persecution has to be verified as credible.

These are people who have shown that if they stay in their home country, they will either be targets for suffering or they will die. They have nowhere to go if other countries don't offer them safe haven. And half of them—more than 12 million of these refugees—are children.

Here's a mind-blower: In the face of this crisis, the U.S. is admitting the fewest number of refugees ever.

There are two things you need to know about where the U.S. stands right now when it comes to refugees:

1) We admitted fewer refugees last year than we did following the worst terrorist attack in history. (You know, when drastic security precautions were legitimately warranted.)

2) We are currently resettling fewer refugees in the U.S. than we ever have, though the need has never been greater.

Since 1975, some 3 million refugees have found a home in the U.S. through government resettlement programs, with an annual average ceiling of 96,000 per year.

The lowest annual number settled until recently was 2002—the year after 9/11—when 27,131 refugees were admitted.

And at our current pace, we will settle even fewer refugees than that in the 2019 fiscal year—far below the already historic low ceiling and below the historic low actually admitted last year.

It's unprecedented. And it's flat out wrong.

Suggesting we should resettle more refugees isn't just a humanitarian plea. It's economically and politically smart.

President Bush reduced the number of refugees in 2002 and 2003 following the 9/11 attack, but he didn't cut them off completely. He could easily have done so, saying, "It's too risky," or "Terrorists might sneak in," or "America is full." So why didn't he?

I can think of several good reasons, which are also reasons why we should be striving to increase—not decrease—the number of refugees we resettle:

1) Refugees have been shown to be good for the economy. Research shows that even when we account for the cost of getting them settled, refugees have a neutral-to-beneficial effect on the economy. In other words, they tend to create more revenue than it costs to bring them in. They are more likely to start businesses than the average American-born citizen, so they add jobs and boost the economy.

2) Helping refugees makes the country stronger. This just seems like common sense to me: If a family fleeing persecution is given a safe haven in a country that welcomes them with open arms and helps them get on their feet, that family will naturally feel a loyalty to and love for that country. They will convey that loyalty and love to their personal network, which increases that nation's sense of pride and lifts its status on the world stage.

3) Refugees pose practically no risk, as they are the most vetted people to enter our country. The refugee resettlement program is the longest, hardest, and least likely way to get into the United States, hands down. Most refugees don't get to choose their country of resettlement, and the ones who come to the U.S. are so thoroughly vetted that the chances of a bonafide terrorist slipping through the cracks is practically non-existent. With the 3 million refugees we've taken in in the past four decades, the chance of being killed in a terrorist attack by a refugee on U.S. soil is a whopping 1 in 3.64 billion. You're literally more likely to be killed by your own clothing than to be killed by a refugee terrorist.

4) Helping desperate people keeps them out of terrorists' hands. Terrorists and radicals love to play the "America hates us all" game, and can easily use our isolationist policies as fodder to recruit desperate people. If developed nations with the means to help say, "Nope, we won't help you" and a radical militant group sweeps in and says, "See? They don't care about you. Come, we will give you what you need," what will people struggling to survive do?

There are lots of myths about refugees out there, and the vast majority are perpetuated by fearmongers. The facts show that there is no reason other than prejudice and unfounded fear to severely limit the number of refugees we're taking in.

America also has a long, bi-partisan legacy of helping refugees that has served us well.

Refugees also bring culture and innovation with them that enrich our society. Without refugees, we wouldn't have nifty things like video games, Sriracha hot sauce, Madeleine Albright, or the theory of relativity. Just think of all the amazing food and arts and interesting friendships we're missing out on.

It is in our DNA as a nation to open our doors to those in need. The U.S. was founded as a safe haven for persecuted people. We have regularly resettled more refugees than any other country, which has solidified our identity as a diverse "melting pot" or "tossed salad" society. We have taken in refugees through every administration, Republican and Democrat.

Perhaps that's why it feels so unnatural to severely limit the number of refugees we're admitting, especially since our economy is booming and the need is so great.

Refugees should be vetted, and we've proven we can do that. We can't take everyone, and no one says we should. But we have plenty of open space, a resettlement system that works, an economy that can handle the initial investment, and people willing to help refugees successfully assimilate.

Slashing our numbers is simply foolish and shortsighted. Not only does doing so hurt refugees—again, half of which are innocent children—but it hurts our country in the long run as well.