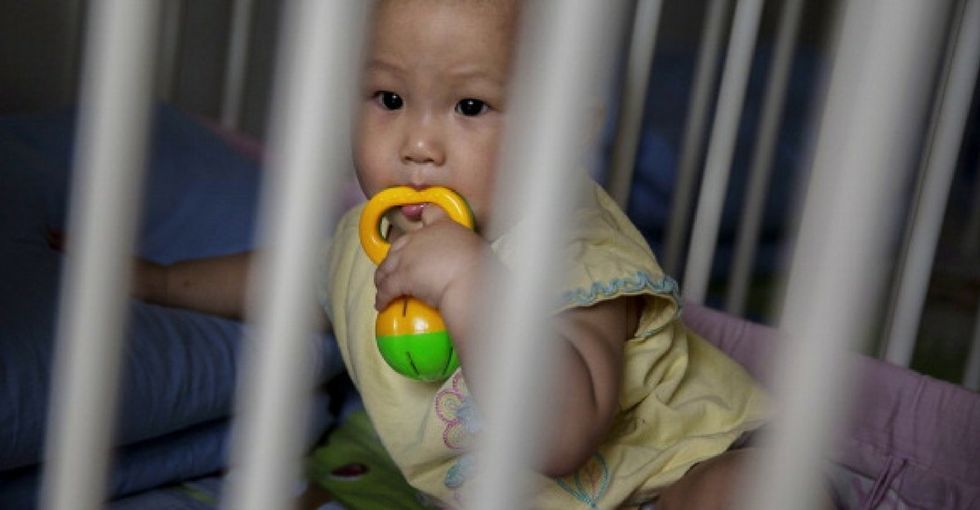 The foster care system in the U.S. is complex, and until recently, it was largely still acting under the original law — passed in 1974.

Over 400,000 children are placed in foster care each year in the United States, and the stories they each have to tell can be staggering. Articles online can detail child abuse and neglect, and there are stories after stories of people who have been through the system on both sides.

The issues of child abuse and neglect are complicated problems with no simple solutions. Keeping kids safe is the first priority, and sometimes removing them from families and placing them in foster care is necessary. However, that's not always the ideal method. There are many awesome foster care families, but the system can be traumatic for kids who go through it — and just like any family, some foster families have their own issues.

While there is an ongoing debate over what is best for kids in abusive or neglectful households, much of the available research shows that kids who remain with their families, even dysfunctional ones, tend to have better outcomes than kids placed in foster care.


May is National Foster Care Month. As a member of the Congressional Caucus on Foster Youth, I am proud to renew my… https://t.co/lYELSxqISJ
— Raul M. Grijalva (@Raul M. Grijalva)1525187712.0

But what if we could do more to help at-risk families create a safe and healthy home environment and funnel fewer kids through the foster care system?

Congress has passed a law that could change everything for the next generation of potential foster kids.

Tucked quietly into a massive spending bill passed by Congress and signed by the president in February, the Family First Prevention Services Act is the biggest overhaul of the foster system in four decades. It changes the way that states can spend their federal funds in certain areas. The biggest change? Funneling funds toward preventative programs to keep kids from having to enter the foster system in the first place.

Making families safer for at-risk kids isn't a new idea. The 1997 Adoption and Safe Families Act (ASFA) required agencies to make reasonable efforts to help parents remedy safety concerns as a first step. However, only a small percent of federal funding went toward prevention programs, so the majority of support occurred after a child had already been removed from the home.

With this new law, priority is given to providing parenting classes, mental health services, substance abuse recovery, and other prevention programs aimed at creating a healthier home environment. It’s the first time that evidence-based prevention services will be funded as an entitlement, like Medicaid.

He wants to make sure no other child in the foster care system has an experience like the one he did.

The hope is that increasing prevention services will help keep kids from having to enter the foster care system by giving families the resources to prevent child abuse and neglect.

Most child advocates say this law is a big step forward. However, there are a few issues of concern.

While there’s a lot of good stuff in this law, there are also a few things that are raising eyebrows in the child advocate community. Kinship care — grandparents, aunts and uncles, and other extended family caring for a child when parents are unable to — is not covered by foster care payments. Research shows that kinship care leads to better outcomes than foster care, so funneling funds toward those family members seems like it would be a good idea.

Again, there are no simple solutions and no unlimited sources of funding, so clearly something has to give. And since research backs up the importance of keeping families together if possible, it makes sense to push resources in that direction.

The most striking thing about this law is that it humanizes people who might desire to be good parents but who don’t have the tools or resources to do so.

No doubt some people are never going to get themselves together and be able to raise a child, so the foster system remains a necessary way to keep kids safe. But there are many parents who simply need help to overcome their own upbringing, manage mental health issues, recover from addiction, or learn healthy ways to parent in order to create a safe environment for their kids. Giving those parents whatever resources they need to be good parents and keep their kids is essential to success — for everyone.

Another thing this law does is it removes the requirement that states only offer prevention services to extremely poor families. “That’s significant,” said Karen Howard, vice president of early childhood policy at First Focus. “Because abuse happens in rich homes, middle-class homes, poor homes. This is a game-changer.”

So often, abusive or neglectful parents are demonized as monsters. While some undoubtedly truly are incapable of raising children, many simply need assistance, education, and support. This law recognizes that helping those parents and keeping families together is often the best option for everyone in the long run. If we can help a family be healthy and strong enough to be safe for a child, that's where we should be placing our resources.