A White Person Asks Other White People About Race. Their Answers Are Astounding.

Has anyone ever asked you this question? 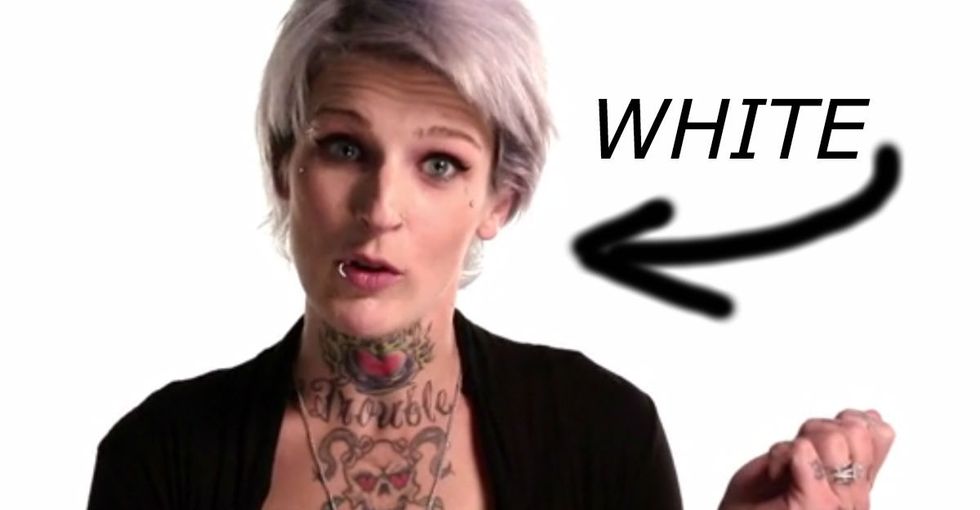 Why would a filmmaker ask white people in Buffalo, New York, how they feel about being white?

Filmmaker Whitney Dow created The Whiteness Project because, he says, white people don't have a lot of experience talking about whiteness. And that's a first step for white people to begin to understand their privilege and place in the world.

People who were really open and honest with him. Some of what they say isn't easy to hear. But I think he's on to something really, really useful.

A lot of us don't have much to say about being white:

I don't think I've ever come across anything that has made me aware of my race. I really don't...I'm an American before I'm anybody else or any group or type of person.

A major reason may be that most white people don't interact with people of color at all:

"Where I work, there is one black man, of prominence, in the department of I'd say 50 or so. I think about that a lot. ... I'd say every job I've worked at has been primarily white. ... It troubles me."

Some people do think about their race a lot and how their experience is different because they are white:

I live with an African American, we do the same things, we live the same life, but I guess inherently there's never going to be a time where a person with lighter skin understands what a person with darker skin might go through on a daily basis...

Other people Whitney Dow spoke with were struggling with feeling disenfranchised:

"They took the same test I did and didn't score as well but ...I got bypassed because of minority requirements."

Others expressed prejudice and fear:

This last interview is one of the shocking ones (though given recent events maybe it shouldn't be). If you take in all the interviews and all the accompanying stats gathered by Dow, you begin to understand something about what's going on with white people.

And I think that's Whitney Dow's genius here. It's good for people to say that they feel cheated, or scared, or uncertain. It may not be pretty, but it's like putting a pin on the map. It helps you figure out where you are, and, even better, where other people are at. It's just about the most important conversation us white people need to have.

Go to the site to see all the interviews!