A mom's moving story perfectly illustrates why a 20-week abortion ban is a bad idea. 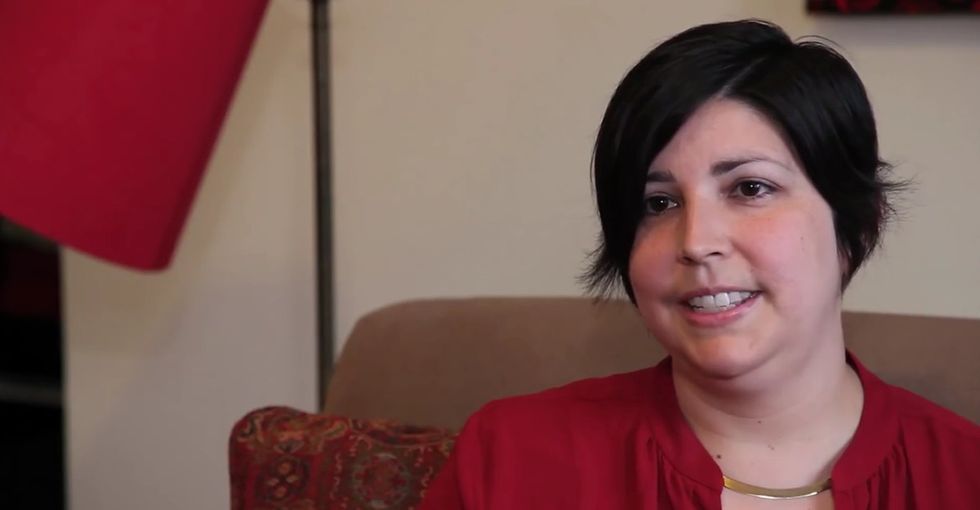 April Salazar has a story to tell, and you really should hear it.

It's about her abortion, which took place after she learned there was no chance of survival for the child she so desperately wanted.

After years of trying to get pregnant, she and her husband finally succeeded. But later, they got some sobering news.

April and her husband would have to wait longer than expected to bring a child home with them. Doctors told them that the baby had what's called lethal skeletal dysplasia. Essentially, this meant that just moments after birth, her newborn son would suffocate and die.

April was faced with a painful decision: She could have an abortion, or she could carry the fetus to term, knowing it wouldn't survive for more than a few painful minutes. At 21-weeks pregnant, April chose to have an abortion.

"If I had been forced to carry my pregnancy to term, my life would be very different now."

How might her life have changed if she gave birth to a son with no chance of survival? How would things be different?

"I can't imagine giving birth and watching my son suffer," she says.

In January 2014, April was once again pregnant. Later that year, she gave birth to a beautiful, healthy baby girl.

Had she not terminated her earlier pregnancy, her daughter would almost certainly have never been born.

It's because she chose to end her pregnancy in 2013 that she was able to be in a place, both emotionally and physically, that she and her husband felt comfortable trying again, and as the result, she's now proud mother.

Like April, many women who have abortions do want children, but as is the case in life, sometimes things just don't go according to plan. The decision to terminate a pregnancy is not zero-sum. Many of these women will go on to have children at some other point in their lives.

A 2008 Guttmacher Institute study found that more than 60% of people seeking abortions already have one or more children. Others will go on to have children afterward.

Nearly 90% of abortions happen within the first 12 weeks. For some, like April, it's later.

April terminated her pregnancy at 21 weeks. It wasn't until the 20-week mark that she was able to confirm that her fetus had lethal skeletal dysplasia, and of course, she didn't want to make the decision to abort without being sure.

But some politicians are pushing for a 20-week abortion ban, under which April would have been denied access.

Luckily, for April, her husband, and her daughter, that's not the law.

"Having charge of your own reproductive health means you can control your destiny, and that's so important for me," says April about her hope for her daughter's future. "I want her to grow up knowing the sky is the limit."

Tell your lawmaker that you support women like April and oppose a 20-week abortion ban here.