A former anti-vaxxer just admitted she was wrong. Now some enraged parents are coming after her. 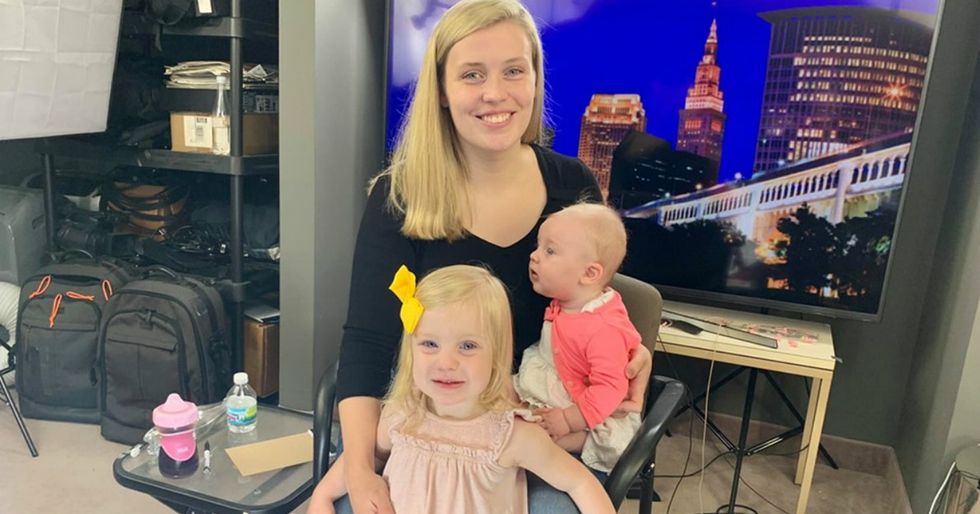 Pennsylvanian mom Abbey Clint grew up in a household that didn't believe in vaccinations or any other type of medicine a doctor might recommend for that matter.

For example, there wasn't anything for pain management in the house that wasn't "all-natural." Clint believes the avoidance of traditional medicine originated from her mother's intense distrust of doctors.

"I am thankful that I don’t need to be an expert on vaccines in order to be a mom and make common sense decisions for my family," Clint told Upworthy. "It’s easy to get drawn into the emotional rhetoric of the antivaxx theories, but their whole pile of evidence is predicated upon a conspiracy theory that doesn’t hold water."

So, unsurprisingly, Clint grew into an adult with similar views. When she and her husband were discussing having kids, keeping vaccines out of the picture was originally part of the plan.

But then she started talking about vaccination with her mother-in-law who had rubella — a contagious disease that can cause lifelong side effects if a pregnant woman catches it and passes it along to her unborn child.

"What if I caught it? What if my baby caught it in my womb?" she told Buzzfeed. "It’s preventable. That’s what’s shocking to me now."

So she researched and talked to a doctor she trusted, and eventually getting vaccinated just made the most logical sense.

Clint not only got herself up to date with all the CDC-recommended vaccinations, she's making sure her daughters are also inoculated per the age schedule.

"It became clear to me that the only other possible explanation that supports the anti-vaxx position is ludicrous: that thousands of doctors, scientists, and experts in many unrelated fields are somehow conspiring to harm their own children and their own families. Once that conspiracy bubble was popped, I had no problem trusting my doctor’s recommendation about vaccination."

But she hasn't stopped there. Considering the unprecedented number of measles outbreaks this year, Clint decided she'd do what she could to convert other parents who might be hesitant about getting their kids vaccinated for whatever reason.

So she created a Facebook post showing her kids getting vaccinated alongside an infographic that dispels a lot of the misinformation around vaccines that's out there.

The infographic notes the lack of scientific evidence there is linking vaccines and autism. It also outlines the many risks that come with the diseases vaccines are designed to prevent.

"Glad my babies don’t need to suffer through preventable infectious diseases. Preventative maintenance saves co-pays and saves lives. Proud to vaccinate!" she wrote in her post.

The post garnered a ton of attention, especially from local parents. Clint is connected to many anti-vaxxer parents on social media, and knew her post was going to ruffle some feathers, but that was partly the point.

It was shared in pro-vaccine and anti-vaccine Facebook groups alike. She had parents praising her for spreading the healthy message and parents berating her, saying she's putting her own children at risk. Obviously, it's a divisive issue, but the fact that many friends messaged her privately asking specific questions about getting their children vaccinate shows there's hope for more converts in her community.

Changing what you've believed for so long is no easy task. For Clint, it was a gradual process that she committed to because she knew it would ultimately keep her children, as well as the people around them, healthier.

If you've been on the fence about vaccination, the best thing you can do is speak to a doctor you trust who can give you all the genuine facts about it. It's easy to follow suit with friends and family because you don't want to be the odd person out, but if being that person will protect your family from preventable illness, it's more than worth it.