5 amazing people doing the work MLK did not live to complete.

He had a dream, yes, but it did not die with him. 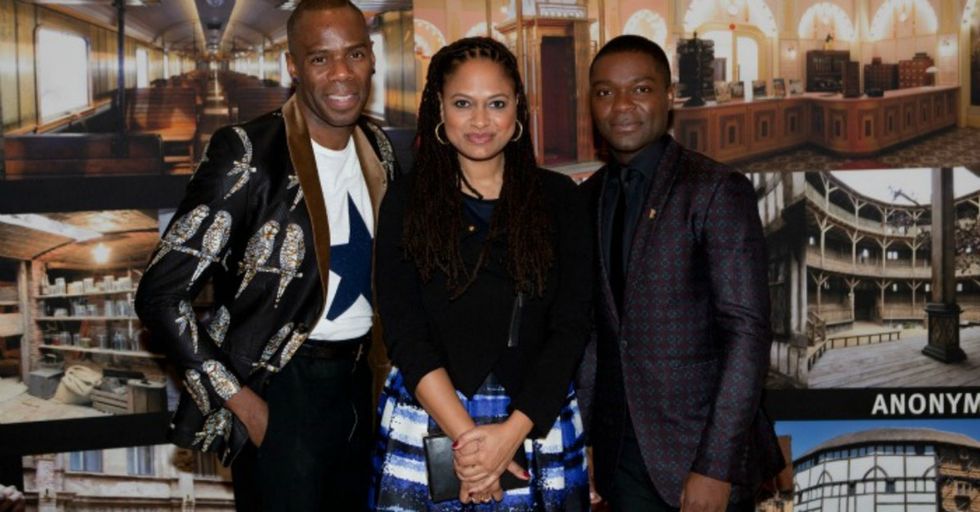 Martin Luther King Jr. is celebrated all over America every January for the sacrifices he made to pursue equal rights for African-Americans.

A lot of us get a day off each year in his name.

But it's easy to romanticize an icon's past without appreciating that his struggle has stretched on into the present and future. In the case of Martin Luther King Jr., one of the best ways to honor him is by supporting those who carry on the work of equal rights for all.

Here are five leaders you can support and follow today to honor and carry on his legacy.

"Struggle is a never-ending process."

Bernice heads the King Center, which provides training and so much more for the many groups taking on tough civil rights work. In Ferguson, Missouri, last year, the King Center provided nonviolent direct action training to protestors and even worked to foster understanding between officers and the community they police.

"The reality is we’re at a crossroads, because the Voting Rights Act has been gutted. And there’s so many people now that have been disenfranchised. And so, in the words of my mother, struggle is a never-ending process. Freedom is never really won; you have to earn it and win it in every generation. And there must be a resurgence of the fight for that struggle, to guarantee that those people, going forward, will have the same opportunity to have their voices heard and their vote registered."

2. Congressman John Lewis, the last living speaker from the 1963 March on Washington.

On Aug. 28, 1963, civil rights activists from all over America marched in Washington, D.C., where MLK gave his legendary "I Have a Dream" speech.

Lewis, then-chairman of the Student Nonviolent Coordinating Committee, also spoke. Today, he spends his time as a congressman from Georgia, fighting legislation that would make it harder for people — disproportionately, black people — to vote.

"It is unbelievable to me that decades after Selma there are still hindrances — such as too few voting machines at some locations — that force people to wait hours to vote or to leave in frustration. I saw people waiting in unmoving lines at the polls in 2012 and 2014. Sure, there has been progress. No potential voter is trampled by horses or asked to count the bubbles in a bar of soap today, but circumstances still exist that discourage the political participation of every American."

In addition to curbing voting rights, disproportionate sentencing is another way our systems make it harder to be black in America. Stevenson founded the Equal Justice Initiative to change that.

In this gut-punching excerpt from his TED Talk, Stevenson talks about the application of the death penalty in the United States:

"I was giving some lectures in Germany about the death penalty. It was fascinating because one of the scholars stood up after the presentation and said, 'Well you know it's deeply troubling to hear what you're talking about.' He said, 'We don't have the death penalty in Germany. And of course, we can never have the death penalty in Germany.' And the room got very quiet, and this woman said, 'There's no way, with our history, we could ever engage in the systematic killing of human beings. It would be unconscionable for us to, in an intentional and deliberate way, set about executing people.'

And I thought about that. What would it feel like to be living in a world where the nation state of Germany was executing people, especially if they were disproportionately Jewish? I couldn't bear it. It would be unconscionable.


4. #BlackLivesMatter, which was named one of the runners-up on Time's Person of the Year list, has awoken a new fight for civil rights.

While the hashtag and the movement it's come to represent are not technically a person, its importance is both remarkable and too diffuse to be concretely contained under its creators' names.

Image by The All-Nite Images/Flickr.

Alicia Garza, Patrisse Cullors, and Opal Tometi are noted as the founders, but the organization now comprises 30 chapters around the country.

From Ferguson to Chicago to St. Paul and many more locations, #BlackLivesMatters activists show up in droves where there is injustice to people of color, particularly when the injustice is done at the hands of police.

5. Ava DuVernay, a filmmaker who is keeping the push for equal rights alive and bringing it to us in our entertainment.

DuVernay produced and directed "Selma," a gem among so many of her great films, which underscored just how much remains to be accomplished for civil rights.

"'Selma' is one of the best American films of the year — and indeed perhaps the best — precisely because it does not simply show what Dr. King did for America in his day; it also wonders explicitly what we have left undone for America in ours.”
— James Rocchi, The Wrap

DuVernay has also publicly called for more inclusivity in Hollywood after "Selma" didn't win any Oscars:

"The question is: Why was Selma the only film that was even in the running with people of color for the award? You know what I mean? I mean, why are there not — not just black, brown people? You know what I mean? Asian people, indigenous people, representations that are more than just one voice, just one face, just one gaze? So, for me, it’s much less about the awards and the accolades, because, literally, next year no one cares. Right? I can’t even tell you who won the award for whatever three years ago. I don’t know."

She is such an inspirational figure that Mattel made a limited-edition Ava DuVernay doll:

The civil rights movement marches on. We support it or we end up on the wrong side of history.

Civil rights aren't just some idea in our textbooks that happened in the '60s and no longer need our attention. Civil rights are all around us and are calling out for our support every day — when an unarmed black child gets shot in Cleveland or when a 101-year-old grandmother can't exercise her right to vote because of red tape. When a well-meaning but uninformed relative proclaims "all lives matter" or when we see a traffic stop gone wrong that we ought to be recording.

It's up to each and every one of us to learn how we can keep Martin Luther King Jr.'s dream alive.

We can do this.