3 important tips from a former congressional staffer on how to get your voice heard. 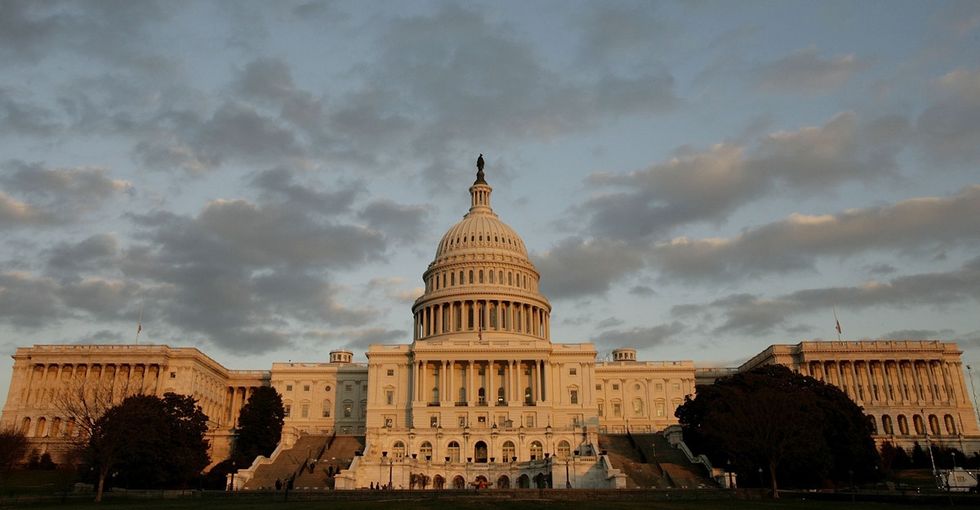 I had no previous government or civic service experience, but I was idealistic and wanted to show the constituents of my district that their voices mattered.

I spent the next six years working for two members of Congress, mostly listening to stories from hundreds of people with diverse backgrounds.

My day-to-day responsibilities included answering phone calls, writing letters and emails, meeting with advocacy groups, and helping individual people navigate the federal government system. It was a mentally and emotionally challenging job, but it was also one of the most rewarding things I’ve done in my life. It taught me the power of an individual story and the serious duty of a congressional representative.

It’s been two years since I worked as an aide, but I’m still pretty involved in politics. After the election results came in on Nov. 8, I was devastated.

I spent the next two days in bed or on my couch, reeling from the unexpected results. Donald Trump’s victory wasn’t what I’d expected. It felt like a more serious blow than any of the other political losses I’d seen throughout my career.

But then I woke up on Friday, Nov. 11, ready to take action. I saw my friends talking about their desire to stand against policies that would be harmful to their families and their friends' families.

I posted a series of tweets, drawing from the knowledge I had as a former congressional staffer, to show how impactful a group of citizens can be when they all work together for a cause.

I outlined which specific actions would be effective. I explained how to best leverage your voice so you can be heard. Since then, those tweets have been seen nearly 24 million times on Twitter, with millions more views in articles on Facebook, Tumblr, and LinkedIn.

Here’s what you need to know about taking action now against policies that could harm your loved ones once Trump takes office. It’s not enough anymore to vote once every two or four years. It’s not enough to expect that your representative will know your opinion. Now, we must make our voices heard.

Websites such as whoismyrepresentative.com allow you to put in your ZIP code and find your representatives in Congress. It’s an easy step to take, and it ensures that you’ll know who your federal, state, and local elected officials are when you need to make your voice heard. If it’s helpful to you, put their numbers in your phone. Get a general sense of who they are by reading their websites. Figure out what committees they are on and which issues matter most to them.

If you’re unclear about the different roles of the House of Representatives and the Senate, do some internet research or visit your local library and speak to a librarian. Librarians are the masters of research and can help you find the resources you need.

2. Identify your key issues and get active.

Local advocacy groups and citizen lobbyist groups are powerful in the way they combine resources and forces to educate and speak out. While you might feel like your individual voice gets lost in the crowd — remember that elected officials can represent hundreds of thousands or even millions of constituents — a large group of people speaking together will be heard. Advocacy groups such as the ACLU, the Anti-Defamation League, EMILY’S List, the Native American Rights Fund, RAINN, and many others create legislative priorities at the beginning of each session. They do research and activism on a variety of issues coming before Congress, and they can use your money as well as your time.

Getting on their political action lists means you’ll know when important legislation is coming and who to call in your state and federal government.

3. Get comfortable with the phone.

The most effective tool for advocacy is still the telephone. It works because it’s immediate and personal. The staffer on the other end of the phone needs to answer your questions and take your comments immediately. I know — I’ve been on the other side of the phone. And I can promise that with enough calls, the representative’s staff will understand that there’s a problem. They’ll know they need to take action or make a statement.

If you’ve never called your reps before, you may wonder what to say. If your phone phobia is such that you need a script, go ahead and either write one or borrow one from an advocacy group. But do not underestimate the power of your own personal story.

I received a tweet that asked if staffers were used to listening to sobbing, emotional people. The answer is yes. I’ve cried on the phone with a constituent before — more than once, actually. I always kept a box of tissues by my desk, and I listened to stories that affected me profoundly. Those messages were the ones I made sure my boss heard. So, be authentic with the person on the other end of the phone about how you are feeling. They need to know how they can represent you. Your story is more important than the nitty-gritty details of how legislation works.

However you choose to reach out to your representative, know that each message, letter, and phone call is important.

For the next few years, your activism will mean more than it ever has before.