13 incredible photos of one of America's most remote national parks. 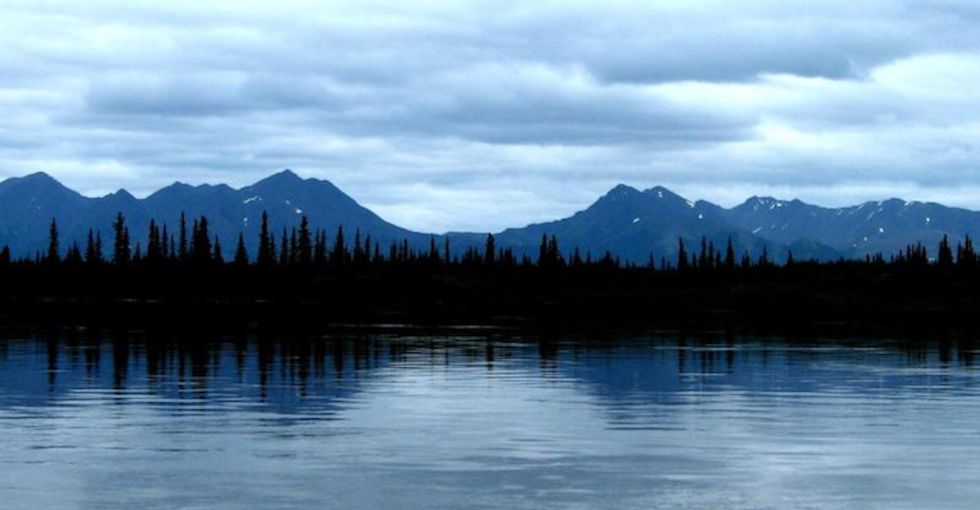 Welcome to Kobuk Valley National Park, one of the most remote national parks in America.

Located just north of the Arctic Circle in western Alaska, Kobuk Valley includes mountain ranges, rivers, and sand dunes ... all in a landscape that looks like nothing else you’ve seen on this planet.

Here are 13 amazing photos that prove it.

You can take a commercial flight into the towns of Kotzebue or Bettles to get most of the way there. But then you’ll have to hire an air taxi service to drop you off inside the park.

This knife ridge forms because of the strong winds that blow through the region. Just like dunes in warmer climates, there’s not much vegetation here, and the expanse spreads as far as the eye can see. Three different dune systems can get up to 100 feet high in some places in the park.

The Baird Mountains reflect the diverse ecosystem in the park, from boreal forest to arctic tundra, where trees don’t grow.

The Kobuk River travels roughly 61 miles through the park. Native people harvest salmon and other fish from these waters today ... just like they've done for the past 9,000 or so years.

6. Caribou roam the park by the hundreds of thousands.

The most abundant animal in the region are caribou, who migrate across the vast plains. Between 250,000 and 500,000 of them travel through the park each year. Moose and bears also live in the area.

8. Untouched wilderness scenes like this one provide a glimpse into the world of the past.

Scientists travel to Kobuk Valley to learn about the last ice age, especially the mammoths and saber tooth tigers that once roamed these lands. Archaeological remains give clues about those who lived here long ago.

9. Some of the plants at Kobuk don’t exist anywhere else on Earth.

Kobuk locoweed grows on the dunes and nowhere else. This flowering herb brings a bright spot of color to the landscape. It is part of the pea family and blooms in June and July.

10. Gardens of moss and lichen are surprisingly beautiful.

Where you don’t expect anything to grow, mosses with shallow root systems find a way. Lichen may be less colorful, but both plants attach themselves to hard rocks and play a part in the food cycle.

11. And the sun there? It doesn’t sleep for months at a time.

For three months of the year, it never gets dark above the Arctic Circle. Summer nights on the Kobuk River nearly make up for the ample mosquitoes drawn to the area.

12. But when it does, you get to see some awe-inspiring aurora borealis.

The aurora borealis doesn’t compete with any light pollution in Kobuk Valley. There’s nothing between you and the night sky when the northern lights dance across the wide open heavens.