You can help NASA name a big, weird space rock. Name it something good. 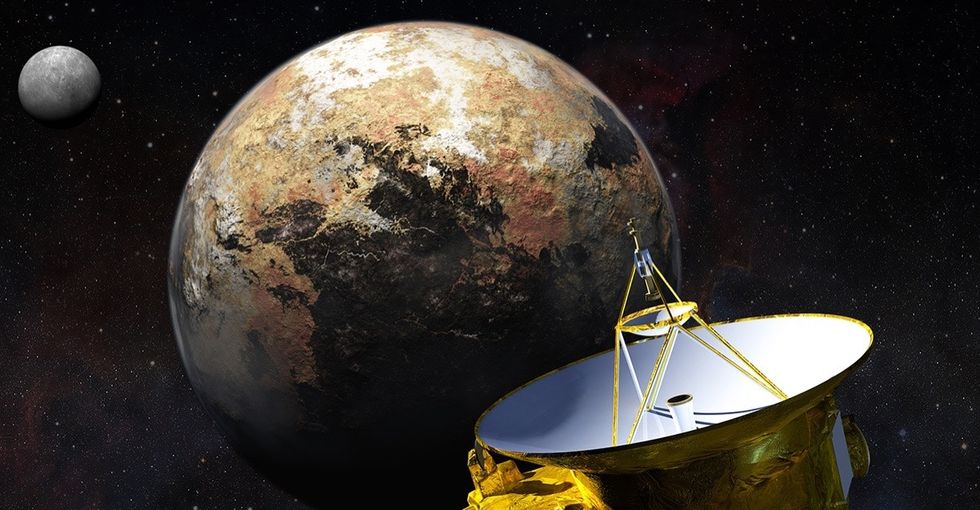 If you're a wizard at coming up with names — you know, the kind of brilliant mind who'd call a dog Pasta Batman — NASA's got a job for you.

About two years ago, the New Horizons space probe whizzed past Pluto, sending back never-before-seen images and letting us soar over fantastically named features like the Sleipnir Fossa and Tartarus Dorsa.

But the mission isn't over. There are many more weird, distant asteroids, planets, and who-knows-what out there. We even have one in mind! A weird little thing nearly 4 billion miles away.

Really? That's what we're calling it? That's not a name. That's, like, a rogue captcha. It's half a license plate. It's definitely not what we should call the next step in space exploration.

And you know what? NASA agrees. That's why they're holding a contest to find a nickname for that big spacey whatchamacallit.

To help get people excited (and presumably to spice up some internal PowerPoint presentations), NASA is holding a contest to find a temporary nickname for the weird little object.

For now, you can go to NASA's website and submit, nominate, and vote on nicknames for the cosmic doohickey.

Names have to be nominated before they're selected to be on the ballot (NASA's apparently learned their lesson from that COLBERT thing). Current entries include Mjölnir (Thor's magic hammer), Z'ha'dum (a fictional planet in "Babylon 5"), and Pangu (an ancient giant in Chinese mythology).

The deadline for submissions is Dec. 1, 2017. A more formal designation will be given to MU69 once the flyby is completed.

Keep Reading Show less
family
Get stories worth sharing delivered to your inbox
By signing up you agree to Upworthy's privacy policy.
Trending Topics
Trending Stories
best of humanity
popular