'She's young, and she didn't have access to care.' 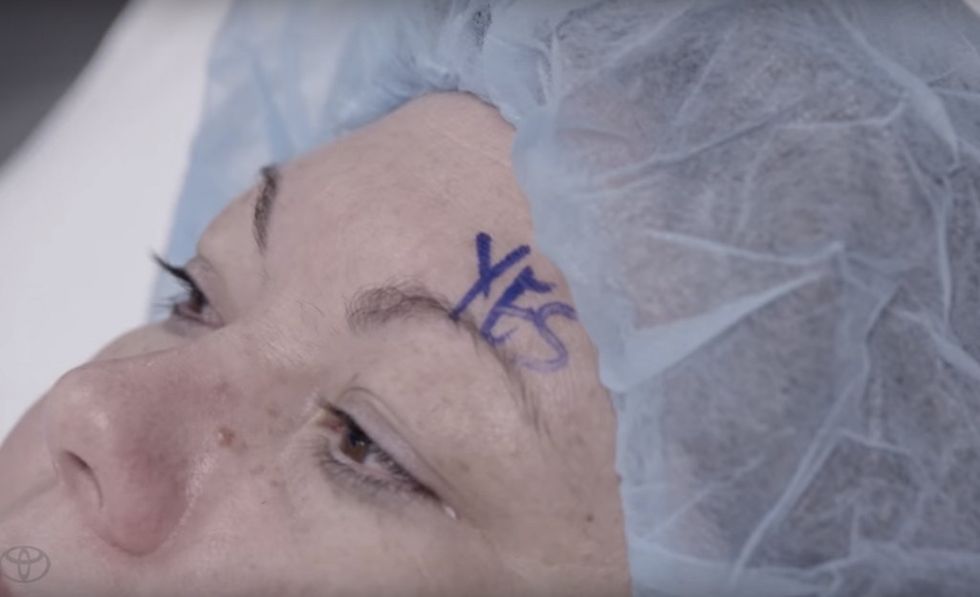 Liseth has been diabetic for 15 years. But after not being able to afford the medications necessary to manage her condition for nearly five years, her eyesight had deteriorated significantly, resulting in severe blurriness.

She came into the county-owned Harbor-UCLA Medical Center with high blood pressure, diabetes out of control, and — it was discovered — bleeding in her eye. If she didn't receive the treatment she needed soon, she would end up completely blind.

Listen to Liseth's emotional voice tell her own surprising story, and then scroll down to learn more.

Liseth needed surgery, and she needed it now.

But "now" wasn't an option — not for her and not for hundreds of patients seeking treatment at the medical center's eye clinic whose mission is to "serve the underserved."

The facility had a surgical waiting list that was hundreds of patients long. Patients like Liseth were routinely waiting months — yep, months — for surgery.

As a major medical hub, Harbor-UCLA Medical Center sees a large volume of patients, many of whom have limited resources and, because of their inability to pay for ongoing care, are often in an advanced state of their disease.

As a result, there was a constant backlog of often very sick patients in the eye clinic. Doctors were spending more time looking for supplies and paperwork than they were with patients. Nurses and patient administrators were frustrated, key resources weren’t flowing to patients, morale was suffering, and people like Liseth were at risk of medical complications caused by the prolonged waiting periods for treatment.

"Liseth is a great example of our patient population," says Susan Black, chief improvement officer of the Harbor-UCLA Medical Center. "She's young, and she didn't have access to care."

A host of factors caused by the exorbitant costs of health care have put a strain on working-class Americans and, consequently, on the hospitals that serve them. Backlogs and waiting lists are common, and so is the constant risk that low-income patients may not receive the surgery or treatment they need in a timely manner.

But this is where the story takes an unexpected turn with the help of a surprising character: Enter Toyota.

Yes, that Toyota. The car company.

As part of their ongoing commitment to share knowledge and innovation that they know can reach into sectors far outside their own, Toyota engineers responded to the call for help from the hospital. They were certain there was much the hospital could gain from the Toyota production system, known for its efficiency and productivity, and they were eager to use their philosophy to address the clinic's concerns together.

Toyota team members worked with the medical staff to adjust their systems in ways big and small to improve work and patient flow.

Tweaks as seemingly small as introducing color-coded systems and repositioning the placement of supplies to save nurses and doctors time made a huge difference.

Ultimately, the eye clinic was able to have a greater impact — improving daily operations, helping more people in need, and eliminating the backlog. With the new system in place, the clinic staff was able to focus on what matters: delivering vital health services to improve the lives of community members.

And if that's not impressive enough, here's what it meant on an individual, human level:

While there will always be many factors involved and many systems at play in a story of a person receiving the health care she desperately needs, there's no doubt that the introduction of something as unique as an auto manufacturer's production philosophy was a critical factor. And as a result, the changes that were implemented in the eye clinic are now being tested out across the entire hospital.

To hear directly from Liseth, her doctors, and the Toyota team member who worked on this project, watch their story above. It isn't just an example of a company doing good, although it is certainly that.

It's also a reminder of what happens when people think outside the box, share wisdom, and innovate to solve problems.

The results can be, quite literally, eye-opening.

Dozens of "White Lives Matter" rallies were scheduled to take place across America on Sunday. The events were scheduled in semi-private, encrypted chats on the Telegram app between Nazis, Proud Boys, and other right-wing extremists.

The organizers said the rallies would make "the whole world tremble."

However, the good news is that hardly any white supremacists showed up. In fact, the vast majority of people who did show up were counter-protesters.