This incredible video is only 6 seconds long and captures a mega lightning storm from space.

He got an angle no one else could get. 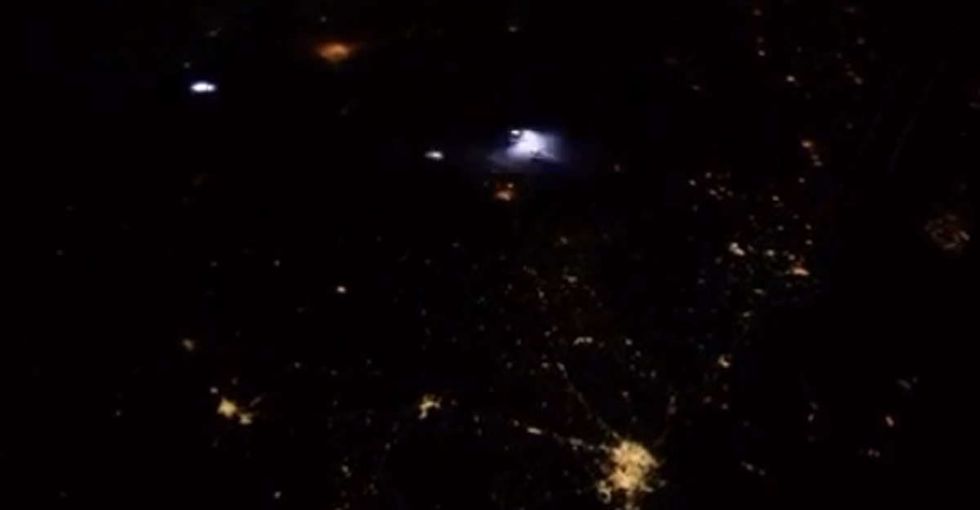 Vines like this are why being an astronaut is still the coolest job in the universe.

That's India, by the way. And the little white flashes are a gigantic lightning storm.

The video was taken by astronaut Terry W. Virts.

I wanted to get in touch with Terry to ask him about the video, chat about his time on the International Space Station, and just generally fanboy out.

Unfortunately, he's currently in space. Instead, I just creeped on his Twitter feed to get a sense of the incredible things he's been up to recently.

And sure enough, here he is drinking space milkshakes:

Grabbing glamour shots of the moon:

And snapping pictures of other gimongous storms:

Basically, I want his life. But not in a creepy way! (OK, in a slightly creepy way.)

Can we all agree that going to space is the best and we need to keep doing it?

Space is by far the most exciting place humanity has yet to explore in great detail (No disrespect, the bottom of the ocean.) Unfortunately, NASA's percentage of the U.S. federal budget has cratered since the '60s and is projected to continue declining.

This has got to change. We used to go to the moon! Let's do that again. Or better yet, let's go to Mars, or Jupiter, or Pluto, or Alpha Centauri. Yeah, it might be expensive, but even at its peak, NASA only comprised 4.4% of federal spending. That's peanuts! (OK, that's actually billions of dollars, but still...)

Why? To be honest, I don't really have a fantastic, detailed, statistics-laden argument to make.