Things a black kid is often taught not to do that his white friends can are heartbreaking.

This is what it's like to be raised as a black child. "The talk" is slightly different than most people get. 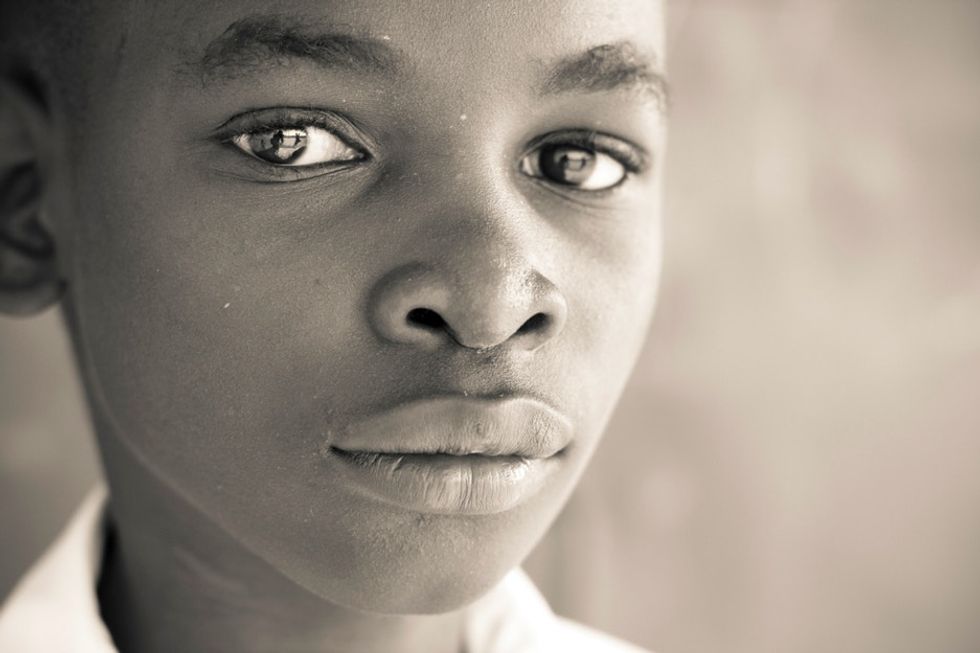 Clint Smith, an amazing educator and writer, spoke at TED's annual conference about what it's like to be raised as a black child.

He shared "the talk" that black kids all across America hear from their parents:

For Clint and for other kids like him, "just being a kid" isn't that easy. This kind of warning isn't an overreaction from overprotective parents.

"With the average age overestimation for black boys exceeding four-and-a-half years, in some cases, black children may be viewed as adults when they are just 13 years old."

A 2014 study found that black boys are perceived as older and more threatening than they really are.

There's actual science indicating that black boys as young as 10 are perceived to be 4.5 years older than they are.

As co-author of the study Dr. Phillip Goff stated, "Our research found that black boys can be seen as responsible for their actions at an age when white boys still benefit from the assumption that children are essentially innocent."

Co-author Dr. Matthew Jackson added, “With the average age overestimation for black boys exceeding four-and-a-half years, in some cases, black children may be viewed as adults when they are just 13 years old."

This suspicion of black children doesn't end when they grow up.

I spoke with Clint over email and asked him for examples of things that kids like me grew up taking for granted that he couldn't, and how that translated into adulthood.

"I can only speak for myself," he told me, "but just within the past week: I've been followed around in a store in the very neighborhood where I live, it's been implied to me that I only got into graduate school because of affirmative action, and I've been passed by taxi cab after taxi cab just trying to get home from work."

"It's the small things, the sort of daily reality of being made constantly aware of your otherness, that exacts trauma and exhaustion on people of color on an ongoing basis," he said.

People with "black-sounding" names are 50% less likely to be called into job interviews.

A University of Chicago study found that having a "black-sounding" name meant a person received 50% fewer calls to be interviewed — with the exact same résumé.

They concluded that having a white name looks like the equivalent of about eight more years of experience to a prospective employer.

"It's the small things, the sort of daily reality of being made constantly aware of your otherness, that exacts trauma and exhaustion on people of color on an ongoing basis."

And black people are far more at risk for being pulled over and/or arrested.

In Boston, black people made up 63.3% of police stops while being only 24.4% of the population. And here's the kicker: 97% of the stops didn't involve a seizure or arrest.

According to a recent piece over at Slate (emphasis mine), "if you compare the murder rate among police officers with the murder rate in several American cities, you find that it is far safer to be a NYPD officer than an average black man in Baltimore or St. Louis."

With numbers like that — and believe me, there are a ton more — black parents have to have a talk with their kids that the rest of us don't.

There's an easy way to help move this conversation in a productive direction: by talking about it. By letting people know that bias is real and we have to be aware of it if we're gonna fix it.

Making the world safe and just for everyone involves getting stories like Clint's out there. The more that others realize the injustices, pain, and unique lived experiences of those around them, the more equipped we all are to address them.

Imagine a world where black parents don't have to give that talk to their kids.

That's the world I want to live in. How about you?