They Took Utah's Biggest Secret And Made Sure Everyone Had A Peek. (And Nope: Not THAT Utah Secret.) 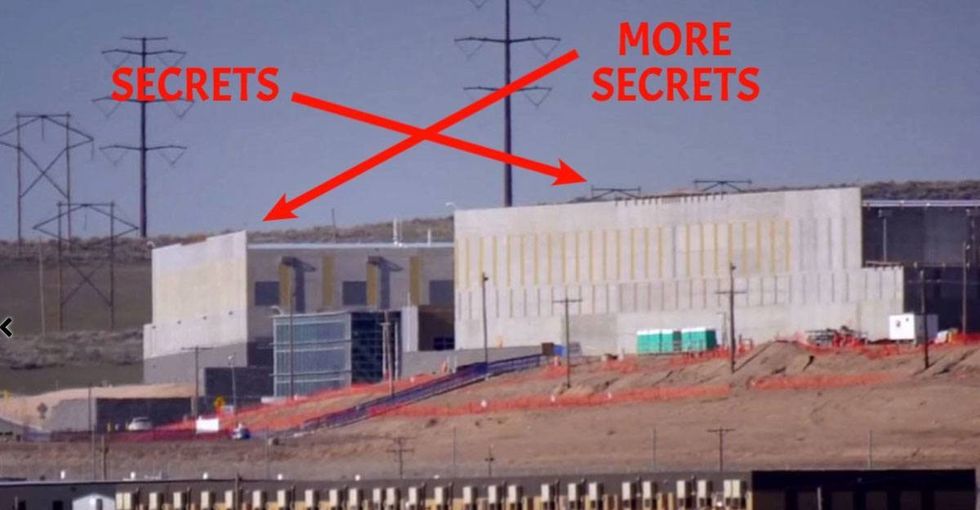 Bluffdale, Utah. Ever heard of it?

I hadn't. But it's where our story takes place, so let's take a look at where it is.

Bluffdale is the site of a massive NSA data center.

It cost $1.2 billion to build, and ... well, did I mention it's massive? It's estimated that the facility could store 12,000 petabytes of data (that's 12 billion gigabytes), which could hold the text of more than 300,000 copies of every book ever published.

No one is quite sure what exactly the NSA will store here. But that much storage capacity is very unsettling, to say the least.

This place is run by the the NSA, so there's certainly no public directory or table of contents. But based on the word of multiple whistleblowers through the years, we can almost certainly say the NSA is collecting and storing far more information than we've been led to believe.

In June 2014, some folks launched an airship over the Bluffdale facility in protest.

The Electronic Frontier Foundation teamed up with Greenpeace to fly an airship (Yeah, AN AIRSHIP. THAT IS SUPER-COOL.) over the NSA facility. It said, "NSA: Illegal Spying Below."

"Protesting by flying our airship over the facility is one small way we can help draw attention to this. If we don't fight for these rights, we can expect to lose them."

Flying an airship over Bluffdale isn't going to stop the NSA. It isn't going to change the course of history. But it's still a pretty significant (and totally effing badass) action. It says: "Yeah, you're watching us. But we're watching you too."

We're in an airship over the NSA's data center in Utah with our friends @GreenpeaceUSA & @TenthAmendment, demanding an end to mass spying.
— EFF (@EFF) June 27, 2014

Want to catch the whole story in video form? Check it out here.

Apple has taken a huge step towards protecting children by announcing its new plan to scan iPhone photos for images of child abuse. The company will use a "neural match" system to scan photographs and if anything looks suspicious, a human at Apple will be notified to review the images and contact the authorities if necessary.

According to Apple, the new system will "continuously scan photos that are stored on a US user's iPhone and have also been uploaded to its iCloud back-up system."

The system is designed to protect users' privacy by scanning photos without making private communications readable by the company.

Keep Reading Show less
technology
Get stories worth sharing delivered to your inbox
By signing up you agree to Upworthy's privacy policy.
Trending Stories
coronavirus
Well Being