These cops responded perfectly when they were slammed for painting a car for LGBTQ Pride. 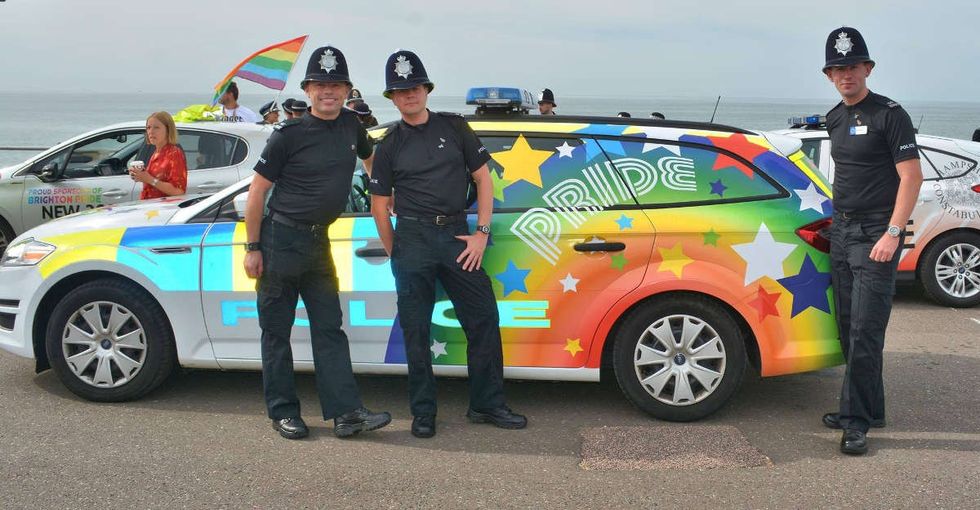 In 2015, a police department in Sussex, England, decided to paint one of their squad cars for Pride.

While most in the community supported the gesture, department spokesperson Jenni Nuttall told Upworthy there was, "some criticism on social media."

Several residents took issue with the cost of the paint job, which totaled about $295 (225 pounds).

One commenter on Twitter said that the project raised the question of, "where the police's priorities lie," according to a BBC report.

This year, the department decided to make it clear exactly where their priorities lie.

"I wanted to send a message that we wholeheartedly reject the views of those who appear to be critical because it's an LGBT event," Department Chief Superintendent Nev Kemp wrote on Twitter.

"So, I looked around for the biggest vehicle I have."

The department spent about $550 (420 pounds) to have the van, the largest vehicle in their fleet, decked out for Brighton and Hove's annual Pride gathering, one of the largest events in the city.

According to Kemp, painting the van was an attempt to, "stand against discrimination in an even bigger way than before."

The van made its debut at the city's Trans Pride festival last weekend.

In addition to starring in some photos with their new be-rainbowed vehicle, members of the department handed out literature on combatting transphobia, as well as resources for victims of anti-trans violence.

A few folks popped up on the department's Facebook page to gripe about the cost of the paint job.

But the vast majority of commenters were thrilled at how their tax dollars were being used:

The department hopes that Chief Superintendent Kemp's message comes through loud and clear.

"By taking part in the parade we hope to show that we are a supportive and open-minded organization who the people of Sussex can trust and have confidence [in]," Nuttall said.