The Keystone XL pipeline is officially no more! See what Obama has to say about it. 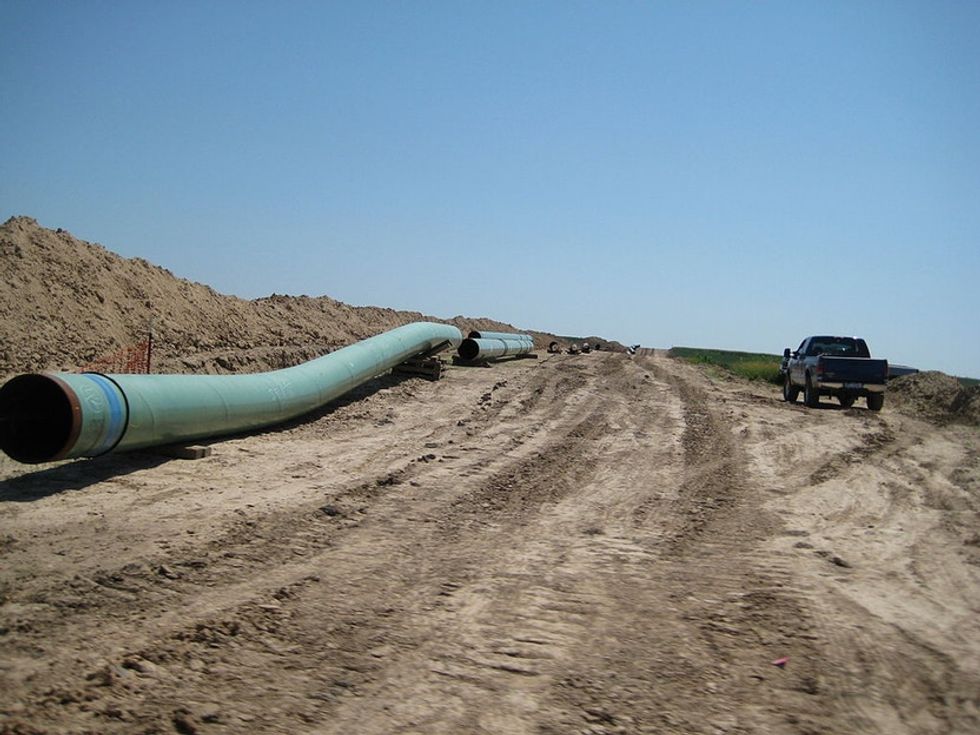 "The Keystone National Pipeline would not serve the interests of the United States."

That's how President Obama announced his official rejection of the Keystone XL pipeline on Nov. 6, 2015 (at the recommendation of Secretary of State John Kerry).

"The pipeline would not make a meaningful long-term contribution to our economy," President Obama said in a press conference announcing the decision.

The Keystone XL pipeline project has been a source of contention for more than a decade.

Originally commissioned by the TransCanada Corp. back in 2005, the multi-phase Keystone XL project was to run 2,000 miles from Alberta, Canada, to the Gulf of Mexico, connecting oil refineries across the continent.

While those in favor of the pipeline said it would lower gas prices, increase production, and create new jobs, those opposed argued against the potential environmental threats caused by oil leaks, as well as an increase in carbon emissions from the tar sands.

Obama insisted that the rejection of the Keystone XL proposal was a nonpartisan issue that fell right in the center.

Simply put, the overall risk and reward would not be in the best interest of the nation. "For years, the Keystone pipeline has occupied an overinflated role in our political discourse," he said.

"America is now a global leader when it comes to taking serious action to fight climate change, and frankly approving this project would have undercut that leadership," the president said.

He also proudly proclaimed some of the nation's remarkable accomplishments in renewable energy ahead of the upcoming UN Climate Change Conference in Paris in December, including:

The end of the Keystone question is a major victory — for the country and the planet. But it's not the end of our problems.

While the pipeline has been rejected, there's still the upcoming Paris Climate Change Conference, where the world's leaders will converge to come up with a binding agreement to address our environmental issues.

The United States might be a current leader in addressing these problems, but we still need to rally the rest of the world to work with us or it's all for naught.