Someone asked Twitter, ‘What's the most Gen X thing you ever did?’ and the responses were awesome. 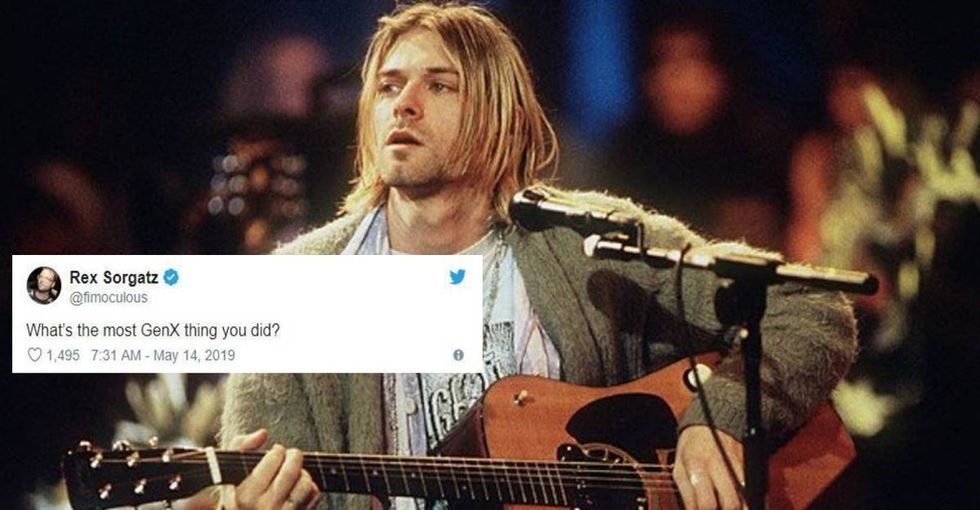 As generational stereotypes go, I nominate Gen X to be, without a doubt, known as "The Coolest Generation."

[Editor’s note: this piece is written by a card-carrying member of Gen X, born in 1977]

Baby Boomers (1946 to 1964) started off on the right track with the hippie movement in the ‘60s, but soon became the folks that brought us the “Me Decade,” yuppies, and President Trump.

According to author Bruce Gibney, Baby Boomers are guilty of generational plunder. “The boomers inherited a rich, dynamic country and have gradually bankrupted it," he writes.

Millennials (1980 to 2000) are definitely the most socially responsible generation Americans have ever seen, but they also created vapid selfie culture and they're easily the most boring generation we’ve ever had to endure.

That have very little sex, they drink less, and compared to Gen X and the Baby Boomers, their music sucks. No one will be listening to the Chainsmokers or The Weekend in ten years.

Why Gen X is the coolest generation.

Gen X (1965 to 1979) created a unique brand of cool based on do-it-yourself (DIY) aesthetics. We gave the middle finger to the mall and shopped at used clothing stores. Listened to stripped down indie rock, punk, and hip-hop created with two turntables and a microphone.

Detached, cynical and with a love of irony, Gen X embraced rebels, slackers and misfits.

C’mon, is there a Millennial icon that’s half as cool as Tupac Shakur, Kurt Cobain, Quentin Tarantino, Beastie Boys, or Winona Ryder in "Heathers" or "Reality Bites"?

Generation X is the last generation to bridge the divide between analog and digital worlds.

Rex Sorgatz asked Twitter “What's the most Gen X thing you ever did?” and, if you’re not part of Gen X, the responses will help you grasp what this smaller generation was all about. And, if you’re from Gen X, you will nod your head in agreement.

Here are three from my life to get things started:

Okay, one more: I wrote a review of the Singles soundtrack for the student newspaper that was entirely about havin… https://t.co/YfDd00DQ0K
— Rex Sorgatz (@Rex Sorgatz) 1557865521.0

Keep ReadingShow less
marie kondo
Get stories worth sharing delivered to your inbox
By signing up you agree to Upworthy's privacy policy.
Joy