The Earth Is Beautiful, Mysterious, Fascinating, And Full Of Nightmare Fuel

Don't believe me? Check out the top 10 newly discovered species of 2012. 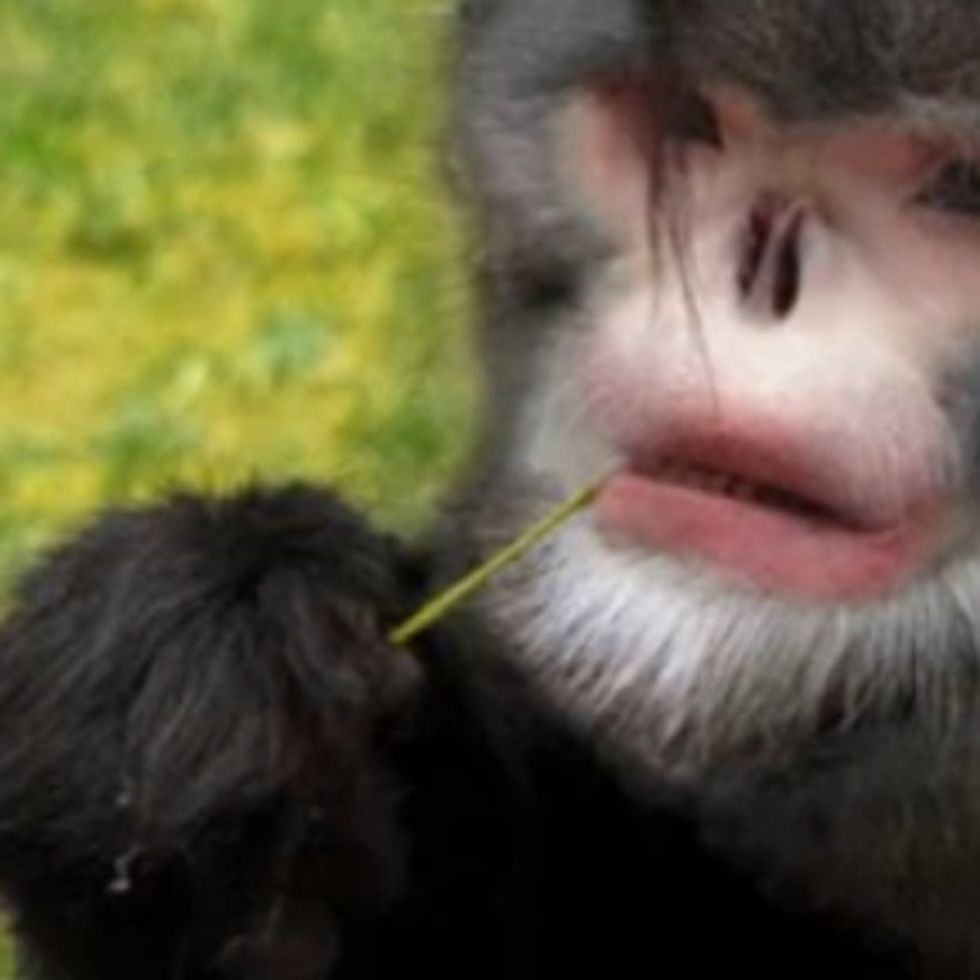 Every year, Arizona State University releases the list of top 10 newly discovered species for the year. It's always an interesting one, highlighting the biodiversity of our planet and the astonishing number of really weird animals that exist in nature.

Sneezing Monkey: It's the first snub-nosed monkey to be found in Myanmar, and it is believed to be critically endangered. Also, it sneezes when it rains. No, seriously:


Bonaire Banded Box Jelly: A new species of box jelly discovered off the coast of the Dutch Caribbean island of Bonaire. Its scientific name is Tamoya ohboya — yeah, like "oh boy!" It's really pretty, for a gelatinous instrument of torture:


Devil’s Worm: Presumably named because it basically lives in hell, discovered 8/10 of a mile underground in a South African gold mine. I wasn't kidding about the hell thing — that far underground, the temperature is about 98 degrees Farenheit. Carbon dating has indicated that the borehole water where they were found hasn’t been in contact with the Earth’s atmosphere for the past 4,000-6,000 years.

Night-Blooming Orchid: This orchid is the first night-blooming orchid ever found, among the 25,000 or so species of orchids. Its flowers open up at 10 p.m. at night and then close up early the next morning. It was discovered in Papua New Guinea.

Parasitic Wasp: You know how the headline says "nightmare fuel"? This tiny wasp was discovered in Madrid, Spain, and it dive-bombs ants to lay its eggs on them. This happens in 1/20 of a second. And then probably some kind of "Aliens" thing goes on with the ant — really, I don't want to know.


Spongebob Squarepants Mushroom: Yes, you read that correctly. This organism is a new species of fungus that looks like a sea sponge. It’s fruiting body can be squeezed and return to its original shape just like a sponge, and apparently it smells like fruit -- pineapple under the sea, of course. It was discovered on the island of Borneo.

Nepalese Autumn Poppy: Meconopsis autumnalis is a yellow poppy that grows high in the mountains of Nepal, at heights of 10,827 to 13,780 feet. It flowers in late autumn, and has actually been collected twice before (once in 1962 and once in 1994) and not recognized as new. Whoops.

Giant Millipede: This millipede is the size of a sausage. That is horrifying (and, let's be real, pretty impressive). Now holding the record for the largest millipede in the world, it grows up to 16 cm long. It was discovered in Tanzania’s Eastern Arc Mountains.

Walking Cactus: Now extinct, this organism belonged to a group of legged worm-like animals called Lobopodia. The fossil was discovered in deposits dating back to the Cambrian period 520 million years ago. It's a significant find, as it has segmented legs, lending weight to the theory that arthropods (the largest group of living animals) descended from lobopods.

Sazima’s Tarantula: Pterinopelma sazimai is an iridescent, hairy blue tarantula. It was discovered in Brazil, and is the first species from Brazil to make the top 10 (cool!) though it isn't the first or only blue tarantula. Its status as endangered is due both to habitat loss and over-collecting for the pet trade. I'm assuming that at least a quarter of that pet trade is specific to RPGs, because seriously, what kind of mage worth her +20 stealth doesn't own a sapphire tarantula?