Some Might See These Ladies As Novelties, But They're As Real As It Gets. Just Ask 'Em.

They're changing negative opinions one song at a time. 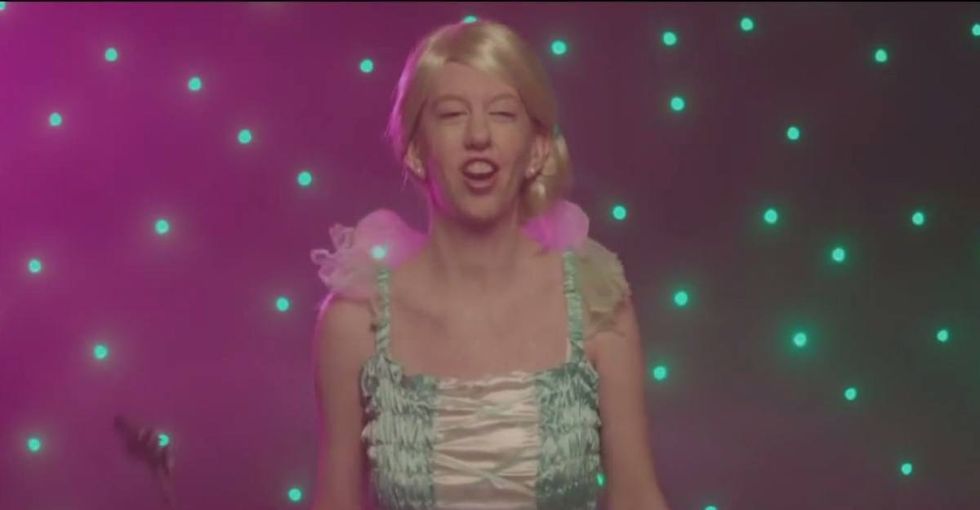 For many, Disneyland means magic and wonder. One group of Australian singers has a different take.

Their name? The Sisters of Invention.

The top three things you should know about this cool band (besides the fact they're Aussies!):

These singers are bold and unafraid.

In the music video for their song, "This Isn't Disneyland," they make a very powerful point.

Here are some of the best lines from the song:

But while the lyrics are cool, the visuals REALLY pack a punch.

And they snip off hair:

Then, whoa! Goofy is on fire:

The Sisters of Invention are anything but afraid to push it.

We don't condone setting things on fire, and the singers' point is not to bash Disneyland. The real point is to challenge ideas of what performers "should" look like — performers who are anything but like Disneyland princesses. Disneyland becomes a symbol for a world that doesn't look at reality or that won't accept people as they are. They're also not just throwing things or breaking them for the heck of it.

These singers want to (not literally) burn and tear things down to change they are perceived.

Here's the music video in all its glory: