Scientists just made a fascinating discovery that could help fight off Parkinson's. 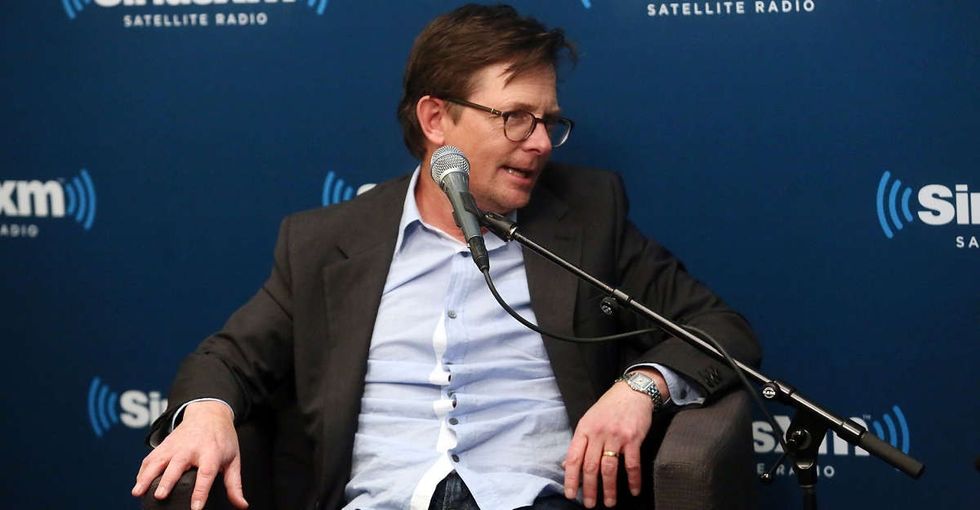 Researchers in Australia believe they've discovered something that could be a flying leap forward in the battle against Parkinson's disease:

The breakthrough? A way to detect the disease using a simple blood test.

If they're right, this would be a big bleeping deal.

According to the Parkinson's Disease Foundation, currently there is no uniform method of testing for the condition. Prospective patients are observed by a neurologist for symptoms that indicate brain cell loss has already begun.

A blood test, like the one developed by the La Trobe University team, could detect the disease before symptoms show up, allowing patients to start treatment before they suffer too much irreversible damage.

How does the test work?

No, seriously. How does it work?

The research team discovered that Parkinson's causes cell mitochondria — which the faint, half-remembered voice of your ninth-grade biology teacher is currently reminding you is the "power plant of the cell" — to become hyperactive.

The test scans for byproducts of the abnormally behaving mitochondria.

As always, there's still lots more work to do.

Speaking to The Guardian, lead researcher Paul Fisher said his team didn't have the financial resources to study whether the hyperactive mitochondria detected by the test are entirely specific to Parkinson's or also occur in others with similar neurological conditions.

They've also run only one trial to date.

But it's the kind of discovery that provides a lot of hope to a lot of people.

Actor Michael J. Fox's foundation provided funding for the research that led to the discovery of the test. Photo by Astrid Stawiarz/Getty Images.

In addition to the estimated 500,000 to 1 million people with Parkinson's in the U.S. (about 60,000 new Parkinson's patients are diagnosed annually) and the 7 million to 10 million with it worldwide, there are also millions more people whose family history puts them at a greater risk to develop it.

Early detection might be the key to helping them live longer, healthier lives.

Actor and longtime anti-Parkinson's advocate Michael J. Fox's foundation provided funding for the research, once again proving that when you give money to science, science gives you back something awesome.

No flying cars yet.

GIF from "Back to the Future"/Universal.

But I'll take showing a debilitating disease who's boss any day of the week.