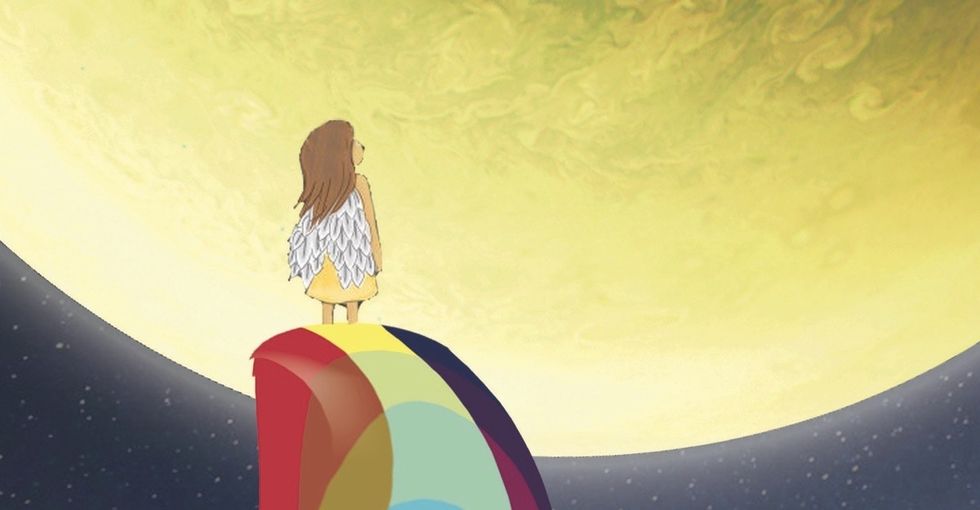 Time and time again, NASA has proved itself capable of finding some of coolest shit in the universe.

Between diving satellites through gigantic space geysers, discovering alien planets and secrets of the universe, and taking amazing before-and-after pictures of our own planet, NASA has just been rocking it.

One cool and underappreciated NASA-chievement is the JunoCam project. NASA's made a huge Jupiter-centric photo gallery, pulling from both official Juno spacecraft images and user-submitted photos. Even cooler? The raw images are available to both professionals and the public and NASA is encouraging people to download and play around with them.

The resulting photos — some of which have been turned into true works of art — are stunning, and NASA has been quietly sharing the best of the best online.

Take a break from your Earthbound worries with these 12 stunning images of our solar system's largest planet:

1. There's just something soothing about the blue and red swirls spiraling across Jupiter's surface.

2. It's hard to have a care in the world — or this world, at least — when presented with these mesmerizing visuals.

5. The cloud patterns across the planet are straight up hypnotic.

6. They're even more majestic when you realize some of those clouds may be the same size as Earth.

7. This photographer used images to put together this impressive guide to the planet.

9. And others turned Jupiter into a work of art.

10. This fanciful work of art shows just how awesome Jupiter truly is.

11. You have to admit, Jupiter is pretty damn impressive.

12. And NASA is, once again, the undisputed king of breathtaking photography.