Lindsey Vonn was asked about Trump and the Olympics. Her answer nailed it. 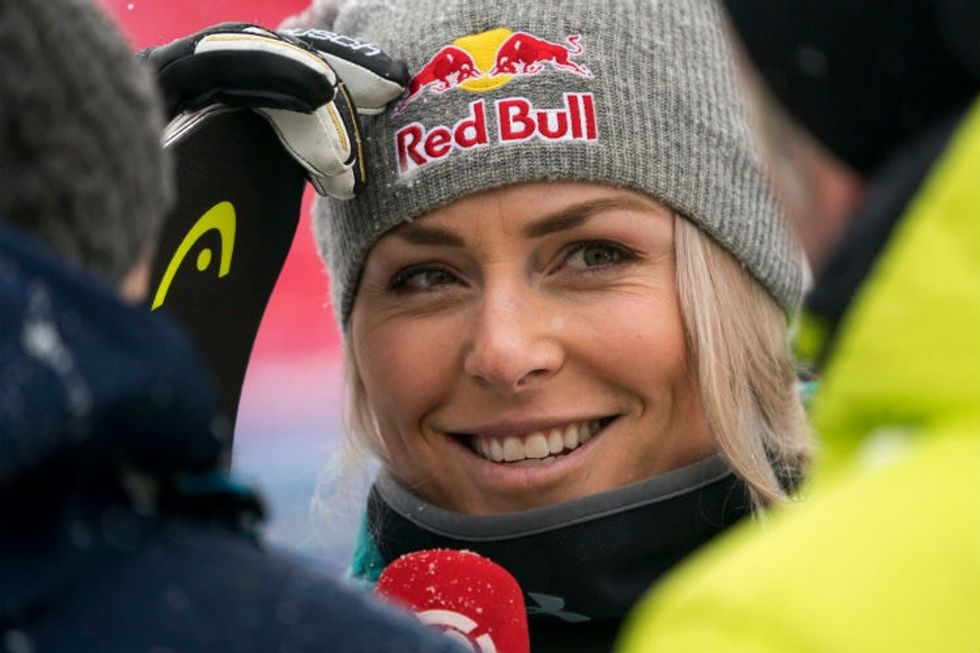 When U.S. Olympic skier Lindsey Vonn is racing down snowy South Korean mountains in February, you can bet President Donald Trump will be the last person on her mind.

Ahead of the Winter Games this year in Pyeongchang, the 33-year-old gold medalist sat down with CNN's Christina MacFarlane to chat about competing once again for Team USA and the possibility of winning her second gold medal.

Vonn at the Vancouver Winter Olympics in 2010. Photo by Francis Bompard/Agence Zoom/Getty Images.

But the topic veered away from sports at one point and, as conversations often do these days, turned to Trump.

"You previously competed at three Olympic games under two presidents," MacFarlane asked. "How will it feel competing at an Olympic games for a United States whose president is Donald Trump?”

“Well, I hope to represent the people of the United States — not the president," Vonn said, her tone clearly reflecting strong disapproval of Trump.

"I take the Olympics very seriously and what they mean and what they represent, what walking under our flag means in the opening ceremonies," she continued. "I want to represent our country well, and I don't think there are a lot of people currently in our government that do that," she concluded.

Vonn's patriotism and fervent opposition to Trumpism come at a remarkable moment in presidential history.

Unlike his recent predecessors, Trump has intentionally waded into controversy, capitalizing on cultural wars by attacking black and brown professional athletes who've protested during the national anthem at their games. Contrary to the president's claims, the players aren't protesting the flag, military, or anthem itself but rather using the moment to peacefully draw attention to racial inequality in our criminal justice system — namely, police brutality.

As a prolific American athlete, Vonn's disapproval of Trump coinciding with her patriotism — which is focused on the people of the U.S. and not its leader — shouldn't be overlooked.

When asked by CNN if she'd accept an invitation to the White House by the Trump administration, Vonn quickly responded, "Absolutely not."