Kaiba was born with a deadly illness. A 3D-printed splint saved his life.

3D printers are for more than just printing out dollhouses and baseball bats. They're also for saving lives. Kaiba Gionfriddo is one example.

Kaiba was born with a deadly illness that made it almost impossible for him to breathe.

Those who suffer from tracheomalacia have a weak trachea (windpipe). The U.S. National Library of Medicine states that "congenital tracheomalacia generally goes away on its own by the age of 18-24 months."

But Kaiba's case of tracheomalacia was unusual and deadly. His trachea was so weak, the walls would cave in and completely block his breathing. Initially, doctors predicted he would not survive long. They were wrong.

Kaiba didn't die young, thanks to engineers from the University of Michigan.

Based on a CAT scan, the engineers produced a 3D model of Kaiba's trachea and bronchi.

The bronchi, not labeled here, are the branch-like passageways. via David F./Flickr

This way, they were able to create a 3D-printed splint that was just the right size. The splint was made out of a biodegradable material and looked something like this: 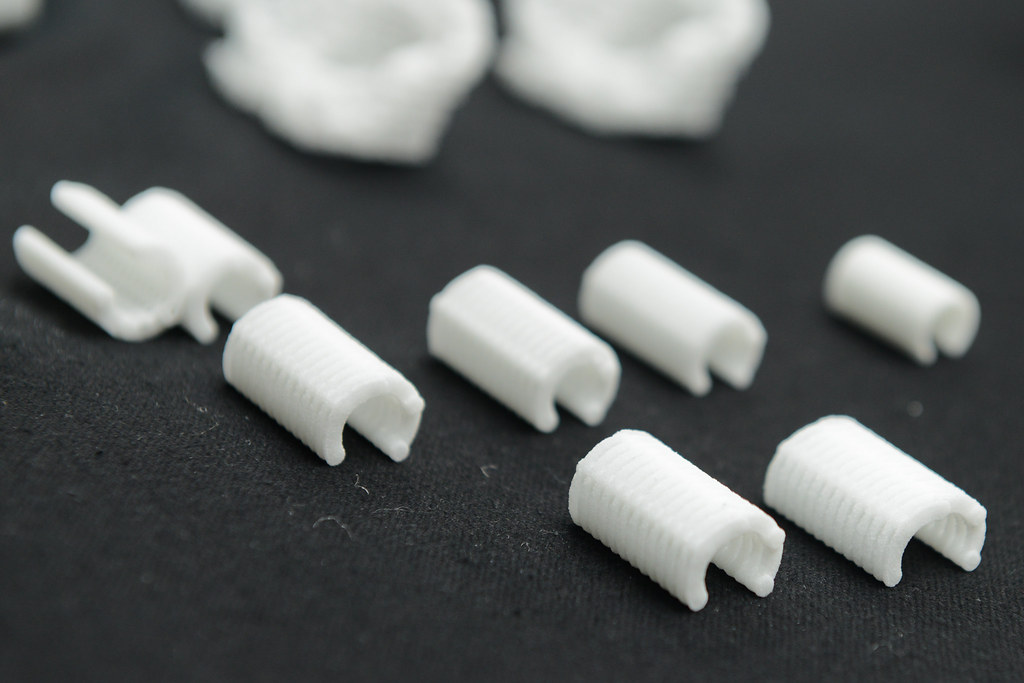 What the engineers did with Kaiba was an experiment. They still weren't absolutely sure that the 3D splint would save him.

In fact, while the team of engineers had been producing 3D implants for a while, they hadn't used them on actual patients before. While Kaiba was able to go off his ventilator three weeks after the splint was implanted, the engineers and doctors had to ensure that the splint would still work and that even after it biodegraded, Kaiba would be able to breathe normally.

On April 29, 2015, doctors could safely say that the 3D implant had indeed saved Kaiba's life.

Here he is today. Isn't he adorable?

According to the Independent, "His biodegradable implant has been partially re-absorbed by his body meaning that he no longer has to rely on it completely for breathing."

While Kaiba was the first baby to have this kind of 3D implant, he wasn't the only one. Two other babies, Garrett and Ian, got the same treatment a few years back.

I know, I want to squeeze their cheeks, too.

They're on track to have the same results as Kaiba.

Here's a video from the Washington Post about the three of them.

Science is cool. Science is also pretty life-saving, and who knows how many more people will be saved thanks to these wonderful inventions.