A woman fainted in Arches National Park. She woke up to actress Julie Bowen helping her. 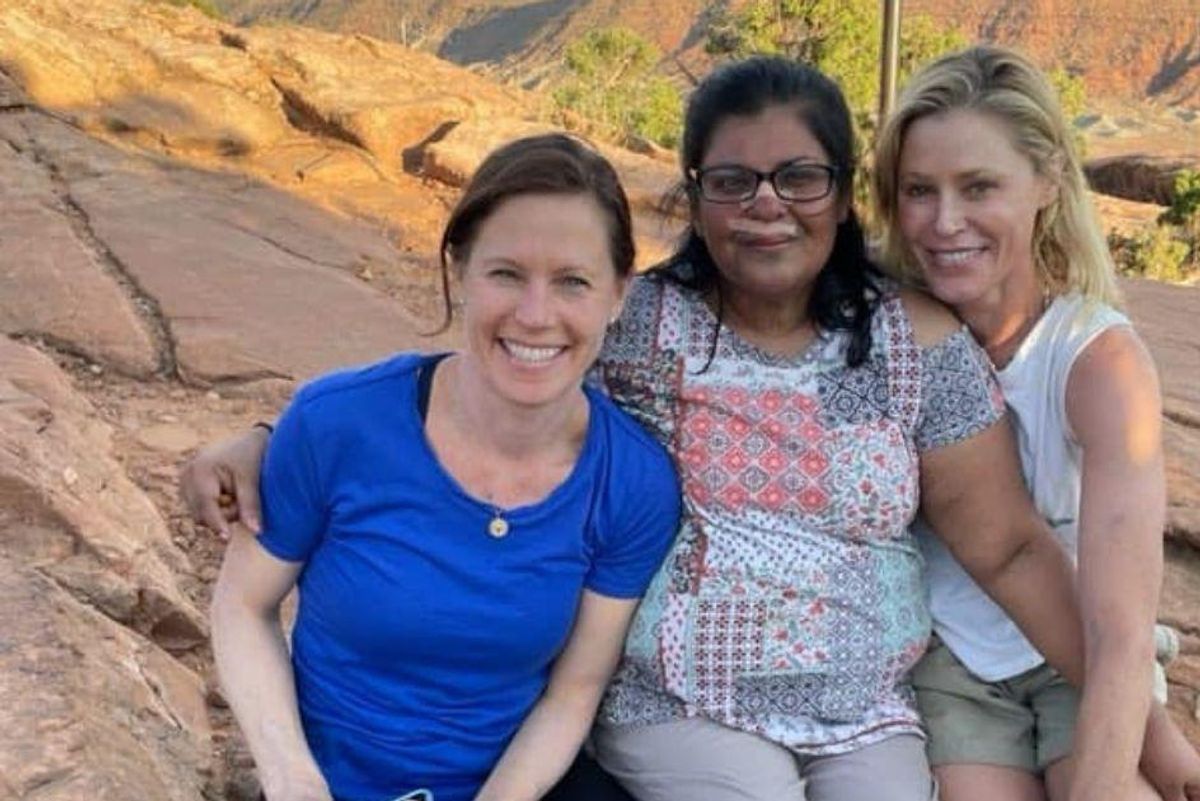 Minnie John thought she heard a familiar voice before she opened her eyes and wondered if she'd fallen asleep watching TV. But she wasn't at home, she was in the middle of Arches National Park in Moab, Utah. The voice was indeed familiar, though, which she discovered once she finally came to.

John had been hiking a difficult trail in the park with her family over the weekend when she became too fatigued to continue. She didn't want her family members to miss out on the site they had been hiking towards, which was still 15 minutes away, so she insisted that they continue on while she rested on the side of the trail. It wasn't terribly hot and there was a cool breeze, so she figured she'd be fine.

The last thing she remembered was sitting down on a rock with her head in her hands.

John told the story on Facebook in three parts, but the final post is where it gets fun.

"Next thing I hear someone with a familiar voice kept asking me questions," she wrote. "I wondered if I might be watching TV. My eyes were closed and they said I will be fine and they were cleaning my face and bandaging me up."

"I heard that familiar voice saying I am going to be ok, a doctor is cleaning me up. After so many more questions and sticking gooey things in my mouth, giving me electrolytes, they lifted me up as I opened my eyes and set me back on that rock, that face looked so familiar again and I asked her again if I knew her or was she famous and the doctor said yes. As my eyes started to focus more, she smiled and took her hair tie off and shook her hair for me to figure out. Her sister the doctor asked me to guess and I told her I just hit my head, I can't remember. She said smiling 'Modern Family' and I said of course!"

John said she told Bowen she was "so beautiful," then Bowen introduced her to her sister, Annie, who happened to be a doctor. The guide they were with had seen John fall from the rock, and they had everything on hand to clean up her wounds. The group also used John's phone to call her family and some ran ahead to find them.

"Such wonderful men and women, selflessly giving of themselves!" wrote John. "God bless them!"

No one expects to pass out while they're on vacation, much less wake up to a famous actress and her sister giving them medical care. John told CNN that Bowen and her sister "were so down to earth, so genuine, so sweet: Not at all how you might expect a big actor or a big doctor to be -- which they are. They were just so humble, so loving."

She asked if she could have her picture taken with them, and Bowen said, "Of course," before giving John a hug and posing for a photo.

"I knew I'd never meet them again but I appreciated and admired the human part of what they did -- selfless, not selfish," John told CNN. "We tend to forget the daily kindnesses we encounter. We're blind to everything around us and don't imagine that people will be so good, kind and caring."

John is okay, but battered a bit from where she fell and hit her face and glasses. Despite ending up with a fractured nose and five stitches at Moab Regional Hospital, doctors say she was lucky.

What a delightful ending to a potentially tragic event.

Related Articles Around the Web
heroes