It Doesn't Look So Bad In The First Image, But By The End I'm Sure This Is A Really Bad Idea 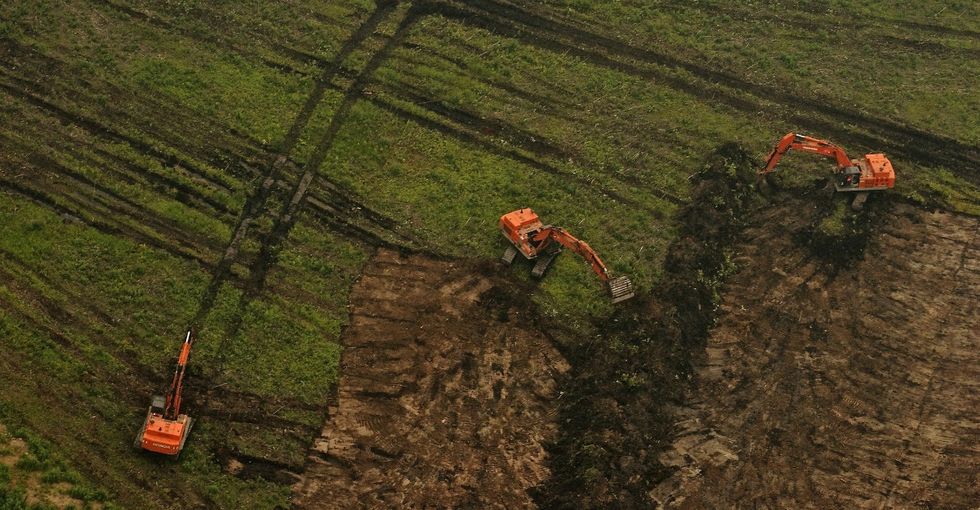 What you're seeing: The Athabasca tar sands are a humungous (almost 55,000 square miles) deposit of oil-coated sand lying just under the boreal forests and peat bogs of Alberta, Canada. Mining companies extract the oil by digging up the sand in open-pit mines, and then rinsing it with hot water to separate the oil. The sand and wastewater are stored in ponds(smooth tan or green surfaces in satellite images). As of September 2011, roughly 256square miles of land had been dug up.

Companies arerequired to restore the land after they have finished mining. But although themining companies have planted grasses on the site (see "reclaimed pond," 2011), the imagesdon't show much greening up, do they?

Zoom 1: Pit mines can grow to more than 260 feet deep as massive trucks remove up to 720,000 tons of sand every day. It takes two tons of sand (and a heckof a lot of hot water) to produce one barrel of crude oil. The first minesopened in 1967, but growth was slow until 2000 because the global cost of a oilwas too low to make oil sands profitable. With higher oil prices, the mines areexpanding and are likely to continue to do so for decades.

Zoom 2: The mines pull water from the Athabasca River. In 1997, Suncor mining company admitted that their tailing ponds had been leaking 1,600 cubic meters of toxic water into the Athabasca a day. River water tested downstream of the mine contains naphthenic acid, metals such as mercury, and other nastiness.