Even Amelia Earhart had to tell The New York Times to call her by her own name. 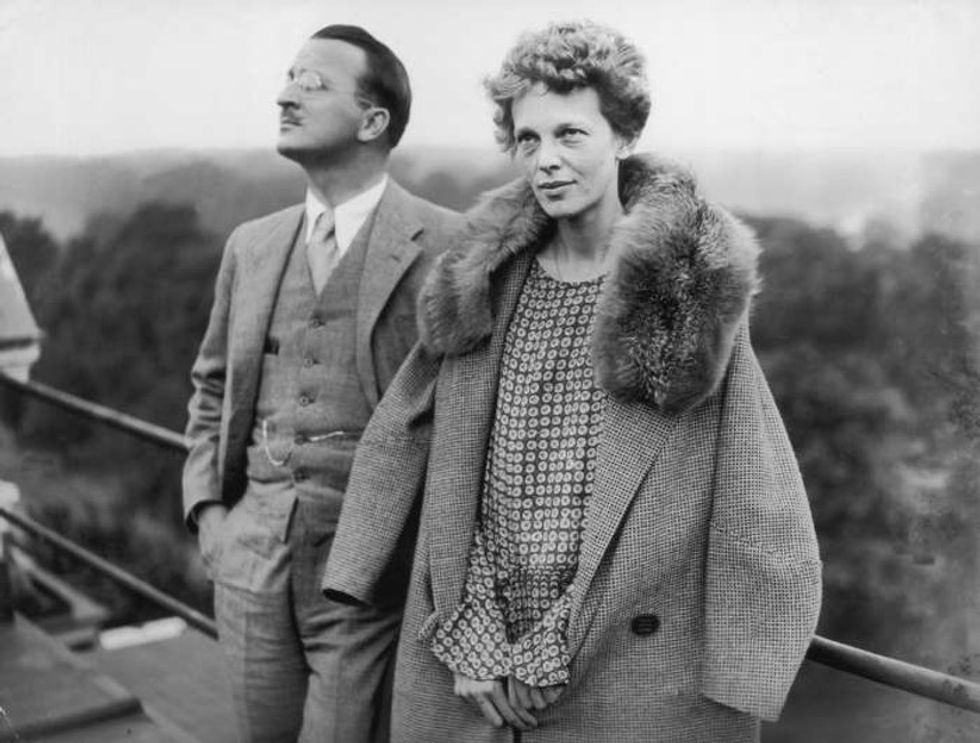 The New York Times just dug into its copious archives, turning up an unpublished letter from Amelia Earhart, calling out the paper for some vintage sexist headlines.

After her marriage in 1931, the Times began referring to Earhart, jarringly, as "Mrs. Putnam" after her husband, George Palmer Putnam.

"Harrison and Rye hail Mrs. Putnam's return," blared one from June of that same year.

That didn't sit right with the legendary aviator, who criticized the paper in a (private) note to the publisher.

"May I make a request of the Times through you? Despite the mild expression of my wishes, and those of G.P.P. [husband George Palmer Putnam,] I am constantly referred to as "Mrs. Putnam" when the times mentions me in its columns.

I admit that I have no principle to uphold in asking that I be called by my professional name in print. However, it is for many reasons more convenient for both of us to be simply "Amelia Earhart." After all (here may be a principle) I believe flyers should be permitted the same privileges as writers or actresses.

I have written Mrs. Sulzberger to thank her for sending me the lovely orchids, and here are my thanks to you. It was pleasant, indeed, to be so remembered.

The Times has more of the correspondence, which you should check out immediately.

Long story short: The paper got the message and started referring to Earhart by her given name the following month.

In June, a controversy erupted over a (hilariously) self-refuting New York Post headline about artist Kate Miller (née Gorney), which referred to her only as actor "T.J. Miller's wife."

"I love being married to T.J. and I love being Kate Miller (and loved being Kate Gorney before that). I also love being RosePetalPistol the artist, an independently successful woman. Our marriage is a true partnership, one where neither of us is claimed as the other's at the expense of themselves. I challenge the conception that I am simply 'T.J. Miller's wife,' just as I challenge society to stop diminishing any woman to a singular, archaic, and sexist definition."

George Clooney's wife Amal Clooney is frequently referred to similarly in headlines, despite her high-profile career as a human rights lawyer.

Many even have hopes, dreams, and, perhaps most critically, professional accomplishments independent of their spouses and regardless of their decision to change their last name.

It took some doing, but eventually The New York Times got it right back then.

If they can, then, dammit, so can the rest of us.